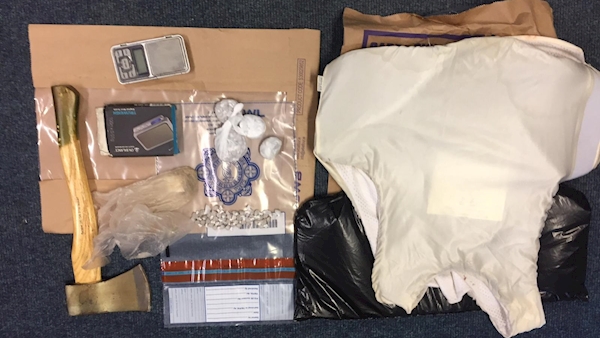 Gardaí have arrested three people as part of Operation Pier.

At 3.30pm yesterday, gardaí carried out a search at a property on Pearse Street.

During the search €12,000 worth of heroin, drug paraphernalia, an axe and ballistics vest were seized.

A man in his 30s and a woman in her 40s were arrested and brought to Pearse Street garda station.

The pair have both been charged and are due to appear before the Criminal Courts on June 17.

In a separate search at a residential property on Dame Street at around 6.45pm yesterday evening, gardaí seized €5,260 worth of cannabis, a sum of cash and other drug paraphernalia.

A man in his 20s was arrested in relation to this incident.

He has since been charged and is due to appear before the court today.