Vicky Phelan on isolation and the prospect of a trip “back down home”. 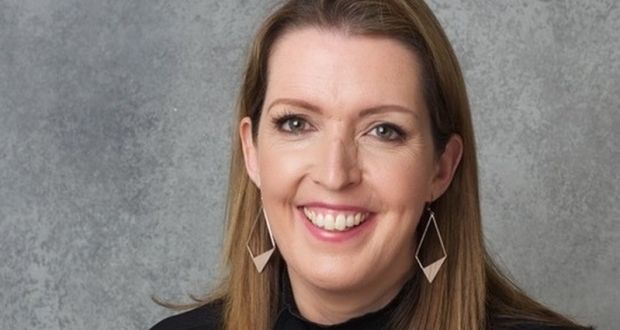 Vicky Phelan is looking forward to seeing her parents and friends in Mooncoin come July. Photo: The Irish Times

Vicky Phelan has made a good fist of the ‘new normal’ which Covid-19 has enforced upon us all. Speaking to the Waterford News & Star from her Limerick home, the Mooncoin native said she’s probably never watched as much television as she has over the past three months.

“I’ve lost count of all the series I’ve gone through on Netflix at this stage,” she says, “but I’m used to isolating myself – not for this long, granted – and anyone with cancer would be used to keeping away from people. A lot of my friends would also have been used to not coming near me if they were sick themselves so what we’re living with now is a more exaggerated version of what I’d have been used to while I was sick. But the hardest part for me is not being able to see my parents (John and Gaby Kelly), my sister (Lyndsey) and my friends. At the start of all this I was a lot more nervous and, I suppose, more worried that I wouldn’t see them again and I know that sounds very dramatic but when you hear stories about people getting Covid, going into hospital and then not being able to see any family and then for anyone who died (in hospital) they were on their own, that’s been a very real issue for me because I’m in a higher risk category anyway. And then at the same time, I was feeling angry because I did think to myself, back at the start of all this, God, I’m after getting this far, I’ve got onto a drug that has extended my life and if a fecking virus ends up taking me out, I think I’m going to feel very cheated. And that’s probably why I started isolating so early – the fourth or fifth of March – as I was just so determined not to get it.”

Vicky took that step on the advice of her oncologist at Dublin’s St Vincent’s Hospital, Professor John Crown (“he’s often on television, like myself, giving out about things – that’s why we get on so well!”).

Vicky explained: “He’d noticed that I’d a load of stuff up on Twitter that I was lined up to do over the course of March – a good few of them were tied into International Women’s Day – and we were supposed to go to Liverpool for a match too, my son is big into Liverpool. But John rang me and right from the start of that conversation  told me he wasn’t trying to tell me how to live my life but he’d seen all the things on Twitter that I was lined up for – he didn’t know at that stage that I was meant to be going to Liverpool – but he felt I needed to start pulling back from a few things. He’d been talking to friends and colleagues in other countries and he felt that things were going to get worse fairly fast so I took his advice and cancelled everything, even though I thought at the time that people might think I was bloody mad. But hindsight is a great thing but I’m really glad I did what I did now.”

Her own recent health history has often left Vicky necessarily light on company, an experience which she admits has helped her through the past few months.

“Yeah, it probably has alright. Last year I ended up in hospital for a week and I was on my own for most of that time. Jim (her husband) came up once or twice and one of my best friends lives in Celbridge so she was into see me but for most of that week I was on my own. When you’re in a situation like this and you’re used to spending periods of time away from home and people, it’s some bit of a help alright – but this has been a long stretch now for everybody and I’ve found the last two weeks particularly hard. Maybe that’s down to me feeling that we’d have more of an immediate roadmap out of this than we got and when I worked out that it was going to be July 20 before I’d see my parents down home in Mooncoin, I found that very hard. I’d say half the country was crying that night and I think we were all entitled to feel like that.”

She continued: “I felt, how will I put this, a little bit angry in some respects because I’d done everything I was supposed to be doing and here we are; I’m going to have to wait until July 20 to get home – and children need to see their grandparents too. But look, we’re a few weeks down the line from that now and we’ve gotten our heads around it again. We’re nearly at the end of May and it’s just another few weeks to that time in July when you weigh it all up but it’s still tough. I’m finding it very hard not seeing my parents. But then I think about people who are stuck at home facing different circumstances like domestic violence, alcoholism and tension in a household and that’s on a different level altogether, I realise that completely. I’m still finding it tough going but at least there’s a day on the calendar we’re all looking forward to. We’ll be packed up on the 19th and on the road as soon as possible to see my parents and we’ll probably stay down for a few weeks at that rate because all the home schooling will be done at that stage, thank God! It’ll be lovely to get back down and see all the family.”