Tuesday, May 19, 1:16pm: The oddity of not having to file my diary on a daily basis after 56 successive days of publication hits me while I have a lunchtime cuppa. I’m somewhat disappointed that I’ll only be doing it now on a weekly basis but equally relieved as it had become a considerable deal of work given what I put into it. Let’s face it, though: I’m not going to be short of a thing or two to write for however long I’ll be in the home office, as the ‘To Do’ list for the next week suitably demonstrates. 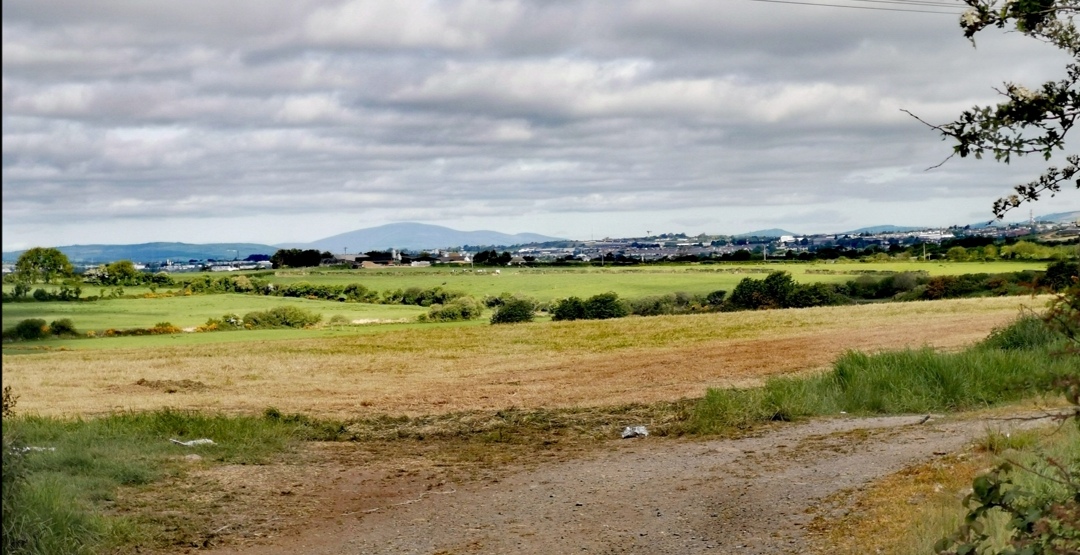 The view which has become happily regular on my morning walks these past three months.

Wednesday, May 20, 9:19am: The silage tractors bound along the narrow country lane behind our estate as I get the dogs out for their first walk. The view afforded along this walk is glorious: Tory Hill, Kilmacoliver Hill (which I lived beneath for five years) Slievenamon, the full span of the Comeraghs, the wind turbines outside Portlaw and the spire of Holy Cross in Tramore. It’s a vista I could never, ever grow weary of. After all, it’s the terrain I know best. 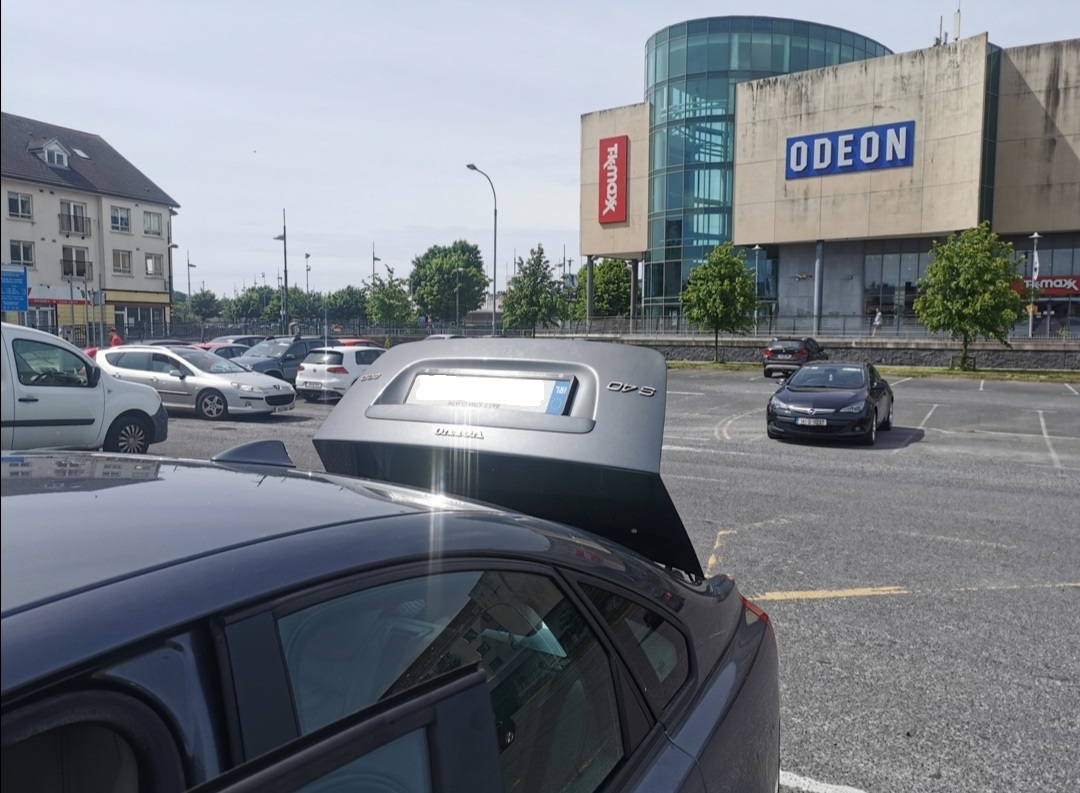 Flipping open my boot at Miller’s Marsh before picking up my Beatha Bakery order.

Thursday, May 21, 11:51am: I drive into Miller’s Marsh car park for the first time in months to collect my pre-ordered delivery from Beatha Bakery’s Gráinne Collins. We have a quick chat during which time four other customers drive along – all observing physical distancing – and pick up their order from Gráinne. It’s fantastic to see the business being so well supported and Gráinne is so busy that I can’t expect her to do an interview with me right now about, well, just how busy herself and husband Darren have been of late. I get home and savour a slice of sourdough with real butter. The caramel and roasted banana brioche loaf proves equally delicious.

I first met Vicky Phelan in her native Mooncoin in May of last year. We’ve been in regular contact since.

Thursday, May 21, 3:40pm: I’m just off the phone with Vicky Phelan and once again it was an absolute pleasure to talk to her. I met Vicky for the first time in her native Mooncoin almost exactly a year ago and we’ve run into each other a few times since. She’d been up in St Vincent’s Hospital for her latest treatment yesterday and couldn’t speak more highly for the measures management there have put in place since the Covid-19 outbreak began. She’s naturally itching to get down home to see her parents in July and understandably even keener to see cancer screenings return to pre-pandemic levels as soon as possible. She’s got to be the most admirable Irish person I know right now. (And yes, I do realise I’ve got two Thursday entries printed here!) 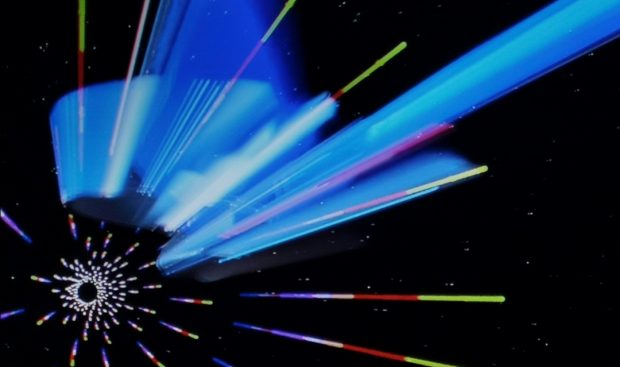 Friday, May 22, 11:44pm: I sit back and take in the slow-moving beauty of ‘Star Trek: The Motion Picture’, a movie released in the year of my birth (1979). It’s a much better movie than it’s been widely given credit for and light years ahead of the two most recent TV ‘Trek’ incarnations, ‘Discovery’ and ‘Picard’, both of which are bogged down by misplaced virtue signalling and appalling script writing. I’ve not watched a movie all week until now and I haul myself out for a late night walk with the dogs afterwards thoroughly pleased with my selection.

Saturday, May 23, 11:20pm: After enjoying a glorious takeaway dinner from Loko Restaurant (herself dressed the sitting room table for the occasion and all), I stick on the runners and hit the road for another anti-social trot. There is a sign of semi-normalcy on the Island View roadside: a trailer adorned with strawberries has been parked in its traditional summer spot. It makes for a comforting sight before I take on the gradual slope of Ballygunner Hill.

Sunday, May 24, 2:17pm: A gloriously sunny day, the sort of one which would typically attract people in their droves to Tramore, Dunmore and Bonmahon. Alas, no such days out are possible right now. My mind flashes back to the official end of the summer season in Tramore, when the Amusement Park was a sugar-rushed hive of activity. Kids are missing out on a lot of fun right now and so too their parents and grandparents. Today’s the first day I allow myself to dwell on the company and hugs I’ve missed – we’ve all missed – over the past three months. It amounts to a concentrated quarter hour of sadness. I daren’t allow myself any more than that. 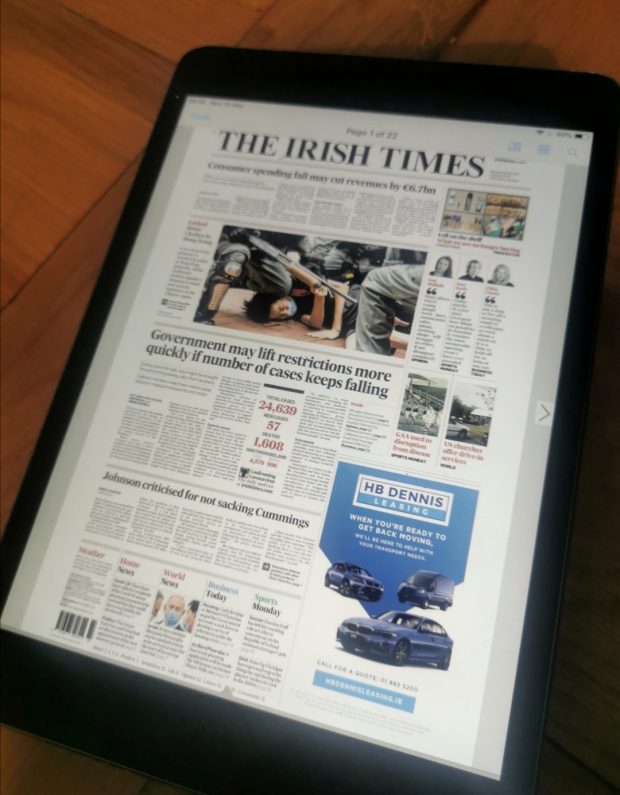 Scanning the headlines on Monday morning.

Monday, May 25, 6:11am: An overcast morning and two very relaxed dogs are the first items of note I record on our print deadline day. I click on my iPad to see what’s making front page news in today’s Irish Times. “The Government will consider accelerating the lifting of Covid-19 restrictions if the number of new cases continues to decline, with Taoiseach Leo Varadkar considering making an announcement in early June on easing aspects of the lockdown,” begins its lead story. “While senior sources stressed that such a move would be entirely dependent on further progress in containing the disease, the internal debate in the Government reflects the growing pressure coming from business groups and several Ministers who favour a quicker relaxing of the measures.”