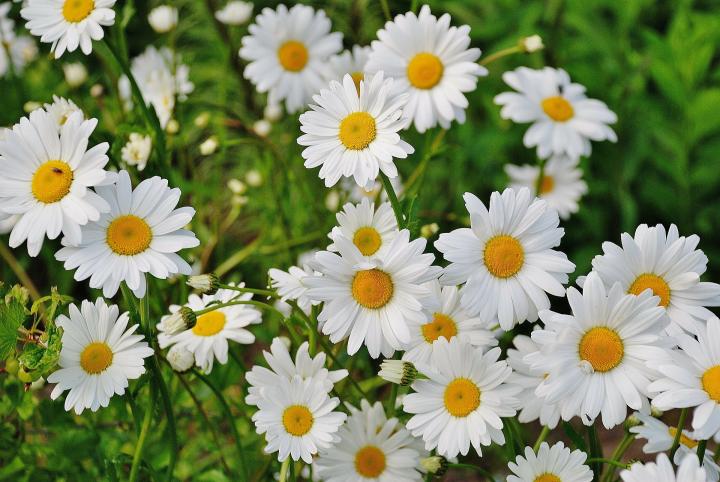 The weeks have flown by and it is difficult to keep track of the dates as weekends are just another few days because all activities have stopped and there is no future event, festival or occasion to look forward to and mark down on the calendar.

It was becoming difficult to manage the imposed restrictions and there are as many variations on what should have been done or not but, hopefully, we will get back to some state of normality soon. Huge numbers of houses have been given a good going over, including the garden, so much so that, many wise cracks are saying that they are all ready for sale now as that is what usually happens when preparing a house for sale instead of it being routine maintenance.

Some plants grow so fast during their growing season that they will need some supports as if there is some wind and rain they would otherwise keel over and the potential flowers or vegetable will spoil. The reason why this should happen lies with us giving them some nice compost and other growing conditions and they, of course, respond to this kindness by growing happily away. On the vegetable front it is usually beans and peas and with flowers there are too many to mention but they would includes taller growing herbaceous perennials and climbing plants such as clematis and honeysuckle.

Plant supports are common enough and come in a range of ready-made materials for climbers such as wooden and plastic trellis in a fan or straight rectangular shape up to around two metres (six feet) high and an available width of 30-180cm (1’-6’) but, as most climbers will cover up whatever trellis you have, handmade supports made with rough timber or a large sized chicken wire will do the job.

Supports for perennials and vegetables can be ready made plastic covered metal or a DIY version can be made with chicken or plastic wire fencing or you can use hazel or other branches just as well.

While a majority of people are usually pleased with the usual range of plants, there is always room for something different or unusual to spark an interest. This can come in all plant groups and with trees there are some nice new additions to the Norway and Japanese maples but most come with herbaceous perennials or shrubs. They do not have to be new introductions but variations can occur too and I will mention just three perennials that are very long flowering plants.

One is the ‘Shasta Daisy’, a hugely popular plant which flowers most of the summer with large white flowers and a yellow centre and the variety ‘White Mountain’ flowering from June to October is a big improvement as its long stems can stand without support.

Anthemis ‘E.C. Buxton’ is another improvement made some years ago and has pale yellow ‘plate-like’ flowers 40cm (16”) high from May until October, which is six months of flowers! Another daisy-like flower is Erigeron ‘Sea Breeze’ which is tough and often seen on earth banks or used as ground cover and pink flowers from April until September, which is another plant blooming for six months.

Tip of the Week

Weeds around growing vegetables and flowers are more than a nuisance and often I get asked for some preventative weedkiller that the commercial growers use to keep their food crops clean and I have to tell them that there are none available for the amateur market and it is down to simple hand weeding. It is important to do the weeding when the plants are small as if the growth gets away, you could lose the entire crop.

We had a few unusually late frosts and I guess plants that were not protected were killed. If there are seeds left then sow immediately as there is still time to catch up on any that need replacing.

Flowers for summer displays will continue to be available for the next eight weeks at least and after that a smaller selection in case of failures or filling in existing pots.