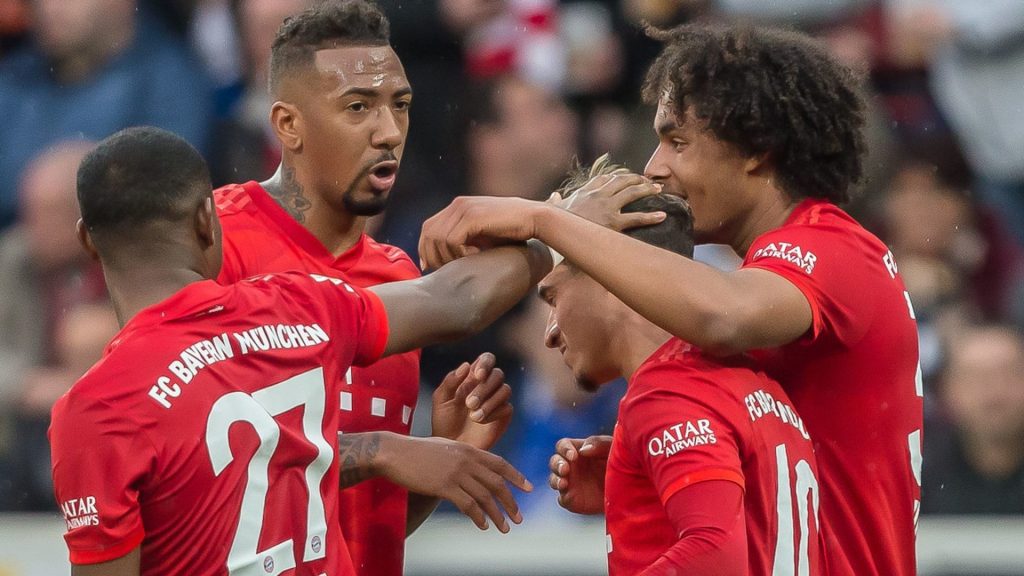 AS I write this, it appears that the long-awaited return of the football season is close at hand. Ongoing discussions look likely to pave the way for the Premiership to get the green light and resume, albeit in a much-altered state.

All eyes have been on Germany as they lead the way in getting things back on track and are being closely monitored as, hopefully, a template as to how sport and social distancing can successfully co-exist. If the historically methodical Germans can’t crack this, I would have concerns for anyone else making it work.

That said, I have mixed feelings about this whole scenario as it currently stands. Yes, I want football back as much as the next guy but not at any cost. I do believe it can and will be alright once the right measures are in place and adhered to, but everyone has to get this spot on.

The world is looking on and praying that we circumvent the problems and find suitable solutions. It isn’t ideal, it may take a lot of getting used to, but surely we must give it a try? Agendas aside and there are those with vested interests in seeing a resumption of action, life as we know it will most probably demand a fair amount of adapting to for the foreseeable.

I honestly don’t know if the sporting arena can ever really be the same again but we have to explore all avenues to keep the wheels of life moving. It certainly is about a lot more than watching a game or cheering on your favourite team. It’s not because boredom sets in if you can’t look at footie on the box or you’ve nothing else going on in your life.

From the tweets I’ve seen from Liverpool players, it seems to me they are more than ready to re-start and are pumped to get playing again.

This is about preserving as much as we can, freedom and a desire to live as we were meant to. We are created for desires and passions; without them we are nothing more than passive robots.

Of course, we want to be safe and avoid infecting ourselves and others. Surely though, without a systematic, concerted effort to see how we can conduct ourselves in this new reality, we will be resigned to having everything shut down out of fear.

If players don’t want to risk playing, they must be given the option of bowing out until this current season is finished. Has a poll been taken of the professional footballers involved, I wonder?

If enough are willing to take to the pitch, strictly supervised and thoroughly planned, then we have grounds to proceed. If not, it can’t be left to the non participants to call the shots as in officials, club owners or sponsors.

I have waited 30 years to see Liverpool lift a league title and I would be bitterly disappointed if that were to be denied them. Talks of ‘handing’ them the title without completion is always an option but one I hope will not see daylight.

From the tweets I’ve seen from Liverpool players, it seems to me they are more than ready to re-start and are pumped to get playing again. I sincerely hope that it can happen and safely.

It is an unholy mess and the prospects of Waterford hurlers or footballers seeing action this year are not looking good.

However, I’m all for pressing pause just a little longer here. A month or two might change the complexion of the situation positively and all is not lost.

As a nation we love our sports and we identify so much with our teams. None of us wants to contemplate a watered-down future for any of our games, but we know still that sacrifices may have to be made. Mindsets will have to alter accordingly and maybe, just maybe, we have had it too good for too long.

Perhaps even the powers that be took much of it for granted. They happily watched thousands coming to games paying a princely sum for tickets. The gate receipts were huge, but of course they will say that the costs of running the GAA are equally huge. Where’s the money going to come from this year?

Cramming masses in to big stadia may not happen from now on. Will people actually pay to go to a half empty ground? How long until the more anxious members of the public feel safe attending any kind of large gathering? That’s assuming the day of the big match isn’t gone entirely. I hope it isn’t. I want to see safer measures in place but if it means 10,000 can enjoy a top fixture in safety as opposed to 40 or 50,000, isn’t that better?

It’s still all a bit vague and most likely too early to predict too much. Let’s see how Germany handles matters and where we all are in a few months time.

Experts get it wrong as much as they get predictions right and if, let’s say, a successful Covid-19 vaccine materialises quicker than anticipated, that could indeed put a very different gloss on everything. Hope springs eternal. We wait expectantly but ready to adapt and alter course as and when necessary.

My old school teacher used to say that “there are more ways of skinning a cat than choking him with butter”. I don’t think it’s all doom and gloom.

These may be precarious times we’re living in but it’s all pretty new to us. We just need more time to process the possibilities. The landscape might be different but maybe some of the changes might be for the better. It’s just too early to hit the alarm button.