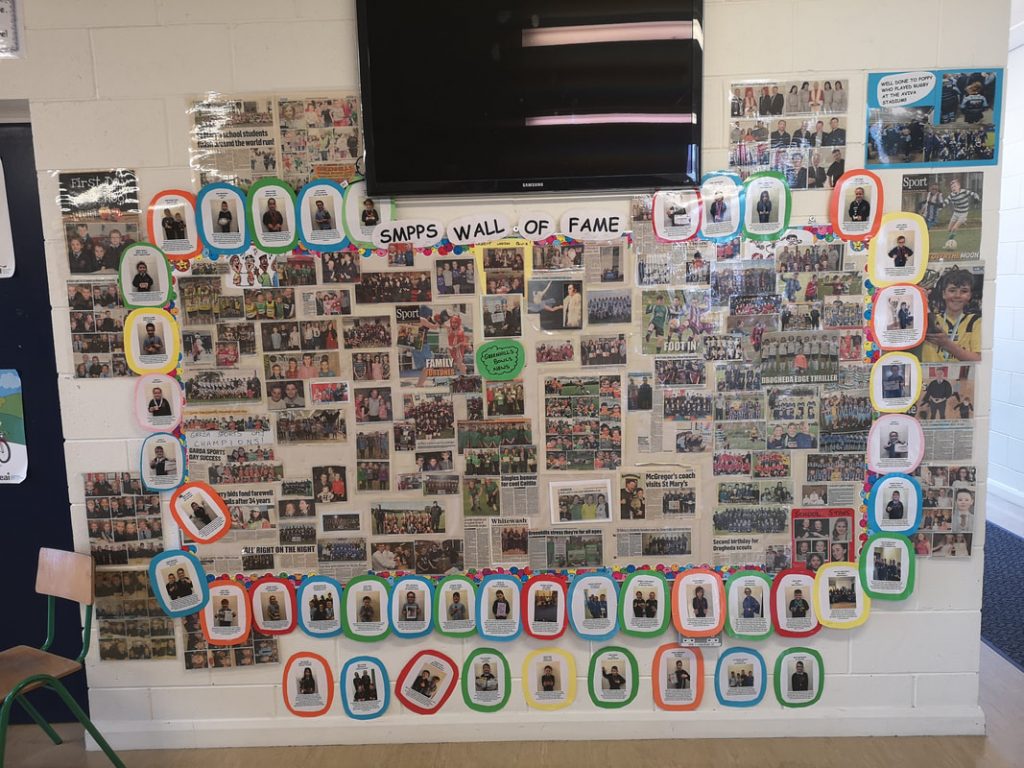 Schools have missed out on compiling the by-now traditional ‘Goodbye Wall’.

AND so the Minister Everything-Under-The-Sun and guess-who-wants-to-be-Taoiseach Simon Harris spoke and limited release from Lockdown is in the air. You just can’t get away from the Minister for Health right now. Hushed tones and sombre sentences are the order of the day with a ‘don’t-go-mad-now’ edict. It’s ‘careful now Ted’ for the over 70s who are to be ‘let out’ and even allowed talk to relatives. Yehhhh!

But not in more than groups of four. And not for long. Perish the thought that this crowd of spear-carriers should lose the run of themselves and actually enjoy being out and about.

Laughter, in these grim times, is at a premium unless it’s accidental and of the black humour variety. Like the loving husband who bought his wife another identical dog when her dog died. “Who wants two dead dogs?” says she. I digress.

“WLR says that Woodies is packed,” announced my good wife. After 40 years of marriage, I could see where this conversation was going.

“I’d say that there will be lots of paint going out the door,” says she, pointing to the window-sills that are, to be fair, more sort-of grim-granite looking than that lovely brilliant white that they once were. The words were ominous and the writing was on the wall – if not quite on the window-sills.

I’ve always been a sort of Wabi-sabi man myself. In traditional Japanese aesthetics, Wabi-sabi (侘寂 – for my Japanese readers) is a world view centred on the acceptance of transience and imperfection. The philosophy is sometimes described as one of beauty that is “imperfect, impermanent, and incomplete”. Like cracks in vases or stained-glass windows or the window-sills at chez-moi. Just like my own approach to do-it-yourself home decoration, really.

My father had a great approach to painting and decorating: do everything badly and you’ll never be asked again was his motto. I came to appreciate his point.

Still, curiosity got the better of me and that ‘maaad’ sense of innate adventure that makes me climb mountains and dive into oceans and I did a (whisper-it, beyond the 5km!) drive-by of Woodies.

WLR was spot on as the car-park was just socially-distanced jammers leaving the deliberately-angry ‘Facebonker outragerati’ struggling to find something to complain about.

I tried to read the faces that emerged with planks of wood, self-assembly furniture, optimistic barbeques. And paint. And painters. There seemed to be an air of grim determination about tackling Mr Covid head on with a head-butt of paint. And if we all go to hell in a handcart, well, at least the heavenly chariot will be well-painted. 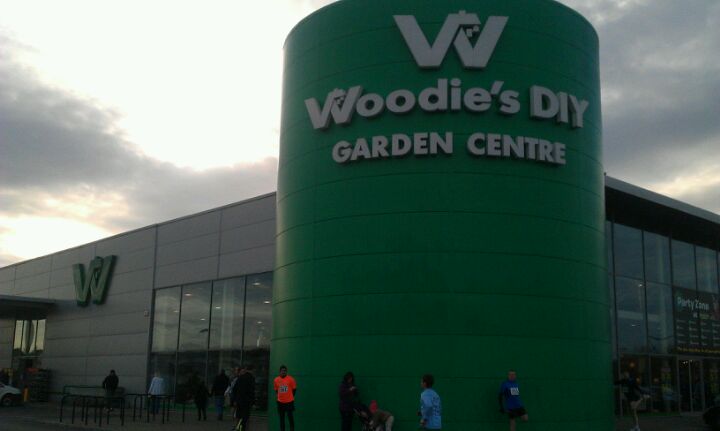 Then I thought of all those toilet-rolls that flew out the doors back on March 12 when all this kicked off. How many of them are standing in columns on window-sills waiting to be used?

And I wondered about all those paint tins that might stand mute, testament to good intentions on some shelf somewhere or other.

As schools closed officially this week for the summer, I mourned the departure of Sixth Class kids and leaving cert students that never got to say goodbye. A rite of passage that was sadly missed by all.

Ripped shirts with everyone’s name on them, journals of autographs, shared jokes and pictures, principal’s speeches saying farewell, collages of hands with names on them, graduation masses with oratory gifts of texts and sliotars and art work and certs of ‘I woz ‘ere’ and the shared relief of parents and teachers in the knowledge of getting them over the line.

And the after-the-event celebrations with friends that would soon be a distant memory. Milestones that never got to be shared this year.

Are they important? Are they what? When I was foolish enough to ask my eldest just what time exactly did she arrive home that night (i.e. dawn), she replied: “Don’t ask, but it was the greatest night of my life” I could have gone all patriarchal.

You know the type: Grumplestiltskens who turn gold into straw. But…how could any Dad rain on that parade? I remembered Eavan Boland’s words in ‘The Pomegranate’:

“But what else can a mother give her daughter but such beautiful rifts in time?”

Sometimes, in life, only one thing matters: the bit that should not or cannot be explained – just lived.