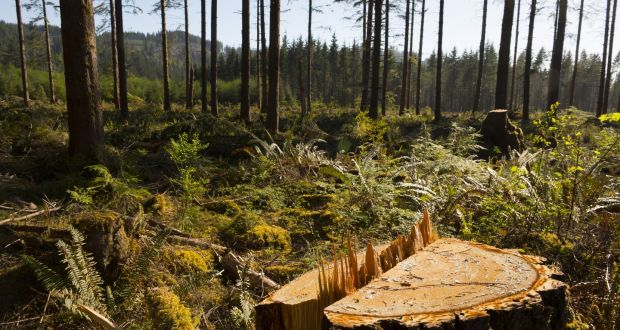 Vigilance over the Bank Holiday weekend has been urged by the chair of IFA Farm Forestry following the issuing of a Condition Red High Fire Risk Warning.

Vincent Nally has cautioned farmers “who have already suffered financial losses” to be on their guard over the coming days.

“Most fires spread from adjoining land into the forest,” he said. “It’s important that farmers assess the risk to their forest and make sure that their firebreaks are maintained. A firebreak should consist of a six-metre-wide fuel free zone, typically around the boundary of the forest.”

Given the prolonged spell of dry weather, a wildfire risk can quickly develop in areas where flammable vegetation such as grasses, gorse, and heather are present.

Mr Nally also noted the presence of those recreational users living within five kilometres of a forest who are likely to be out this weekend given the good weather that’s been forecasted.

He also encouraged farmers to review their fire plan for their forest, or to prepare a fire plan, especially if a forest is located in a high-risk area. Such a plan should also contain the number for the local fire station, local Garda station, Registered Forester, etc.

“Forest fires have caused significant financial losses for farmers in recent years, with years of growth and timber production lost in a single incident,” he said.

“It’s so important that farmers consider the financial consequences of a fire and make sure there they have adequate insurance cover as under the Afforestation scheme farmers are obligated to replant when a forest is damaged by fire.”

Mr Nally concluded: “If you see a fire, do not delay: report it to the Fire and Emergency Services by calling 999 or 112.” He stressed: “You will not be billed by the Fire Service or Local Authority for making the call.”