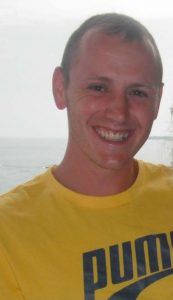 THE post-mortem took place yesterday, June 1, on the remains of a man in his 30s who was found dead in his home on Saturday last. The deceased has been named locally as Aidan ‘Ned’ Burns, late of Gandon Drive, Norwood in Waterford city. Gardaí are treating his sudden death as a tragic incident.

The deceased, who was pronounced dead at the scene, was discovered in the early afternoon, and emergency services were contacted to attend.
THE loss of Aidan ‘Ned’ Burns has been keenly felt and expressed following his death on Saturday last at his home in Norwood.
A spokesperson for An Garda Síochána said the death is being treated as a tragic incident and a file is being prepared currently for the Coroner’s Court.
The State Pathologist’s office was contacted following the discovery of the remains, and a forensic pathologist conducted a post-mortem yesterday (Monday, June 1).
Cllr. John Hearne (SF) spoke highly of both the late Mr Burns and his family. “This is a huge tragedy for the family,” he said.
Aidan’s whole family are intertwined with Roanmore GAA club, with his father having played for them as well as Aidan himself. He was a sound man, and he and his family would always be first through your door if you had any misfortune.”
Roanmore GAA Club echoed these sentiments, stating: “Aidan played for Roanmore since his childhood and wore the jersey with great pride. Immense sadness as we come to terms with his passing.”
Gardaí have been conducting interviews with neighbours of the deceased to assist them in their initial investigation, which are now understood to have concluded.
Messages of condolence have been proven plentiful on social media with many referring to the late Mr Burns as “one of the greatest characters we ever met,” while others remembering him as someone who “always had a smile on his face.”

Due to government restrictions on gatherings, the funeral of Aidan “Ned” Burns will take place on Wednesday, June 3 in St. Paul’s Church, Lisduggan at 10am for immediate family only. Burial, also private will take place after the service in Dunhill.
A live link will stream the funeral mass for extended family and friends on https://www.mcnmedia.tv/camera/st-paul-s. Waterford News & Star extend our sympathies to Mr Burns’ family and friends.