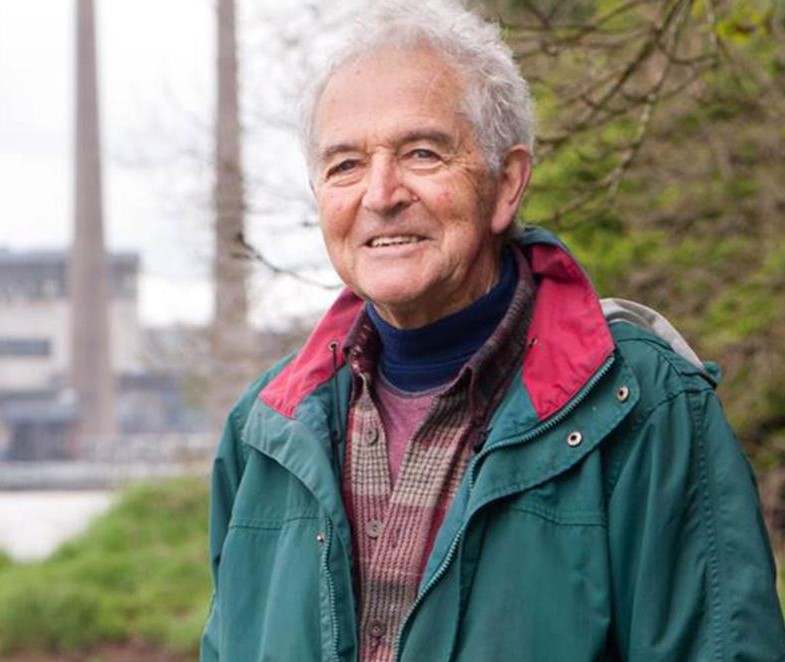 Ray McGrath’s column ‘Notes from the Cocoon’, as he adjusts to a life in isolation

Day 71. ‘ How many more?’ ‘How much longer?’ Disturbing thoughts lying in bed the morning of my 82nd birthday. But the pale shaft of light coming through the top of the bedroom window brought me back to the here and now and the possibilities of a new day. The dawn chorus at the edge of the wood was warming up and by adding voice to voice would soon rise to its symphonic crescendo reminding me of the early Chieftains starting with the single notes of the tin whistle then gradually adding fiddle, flute, concertina, bodhrán and culminating with Paddy Moloney on the Uileann Pipes – full flight… and widening the slight crack that had already started to open in my mental cocoon.

‘As I climbed through the dawning of the day and the emerging forestry of birch and pine and clumps of bilberry I was reminded that the joys of the journey are often elided by the pull of the destination.’

How to acknowledge and celebrate that crack? What better way than to see the sunrise from the top of my nearest hill. My phone told me that the sun would emerge from its own cocoon at 5.22 A.M. Thirty minutes to get to where the estuary opened to the south and across from the Wexford shore and its background hills. Opening also layers of memory… of using two of those hills as guides when making landfall from out at sea. Was it for these two hills, often obscured by other land features until they were aligned, that an early name for Waterford Harbour was Locd dá Chaoch.

And all of this, present, past and… another beginning was within that permeable two kilometres…barely.

And as I climbed through the dawning of the day and the emerging forestry of birch and pine and clumps of bilberry (location mentally noted for a July excursion) I was reminded that the joys of the journey are often elided by the pull of the destination. But the old habit drove me on while promising myself to linger a little on the return journey. I arrived at my viewing point, a craggy out-crop of furzy, gnarled Old Redsandstone, the geoological foundation of the area. A patch of more intense brightness to the east pointed to where the sun would appear. And it did, at exactly 5.22 A.M. At first, sliver of white on the right flank of Carrigbyrne Hill swelling within 5 minutes to its full size, sliced across the middle by the thinnest remnant of a grey cloud… What a gift to give myself… to be there at this everyday but extraordinary occurrence… the beginning of a new day. And to think that the white of the sun at sunrise contains all seven colours making the familiar red and orange tones often seen possible. Another reminder of the potential of change within us all.

On my return I did linger… to breathe the dew-freshened morning air, to watch for a while the hovering hawk, to listen with a greater openness the call of the accompanying stonechat flitting ahead from branch to branch. It was too early in the morning for butterflies recently emerged from their chrysalis, their version of the cocoon but not too early to reflect on the wonder of the metamorphosis that occurs all the time in nature. The other day my grandson and his parents came to visit, the window of my living room separating us. Afterwards I thought of the Monarch butterfly, an occasional wind tossed September visitor to our southern shores, whose chrysalis gradually become transparent as it evolves from larva to one of the most colourful and resilient butterflies travelling as it does up to 3,000 miles in its migration, pulled by its destination and the purpose of its journey. Before it emerges from its cocooning chrysalis we can see through its now transparent protective shell to its fully evolved magnificent and resilient form.

And as I returned to my physical cocoon I knew the crack in its mental form was already wider and that more and more light would come through… after all isn’t that what Leonard Cohen told us…. ‘There’s a crack, there’s a crack in everything, that’s how the light gets in…’. So until next time go and see the sun rise and perhaps you will hear and feel that crack.