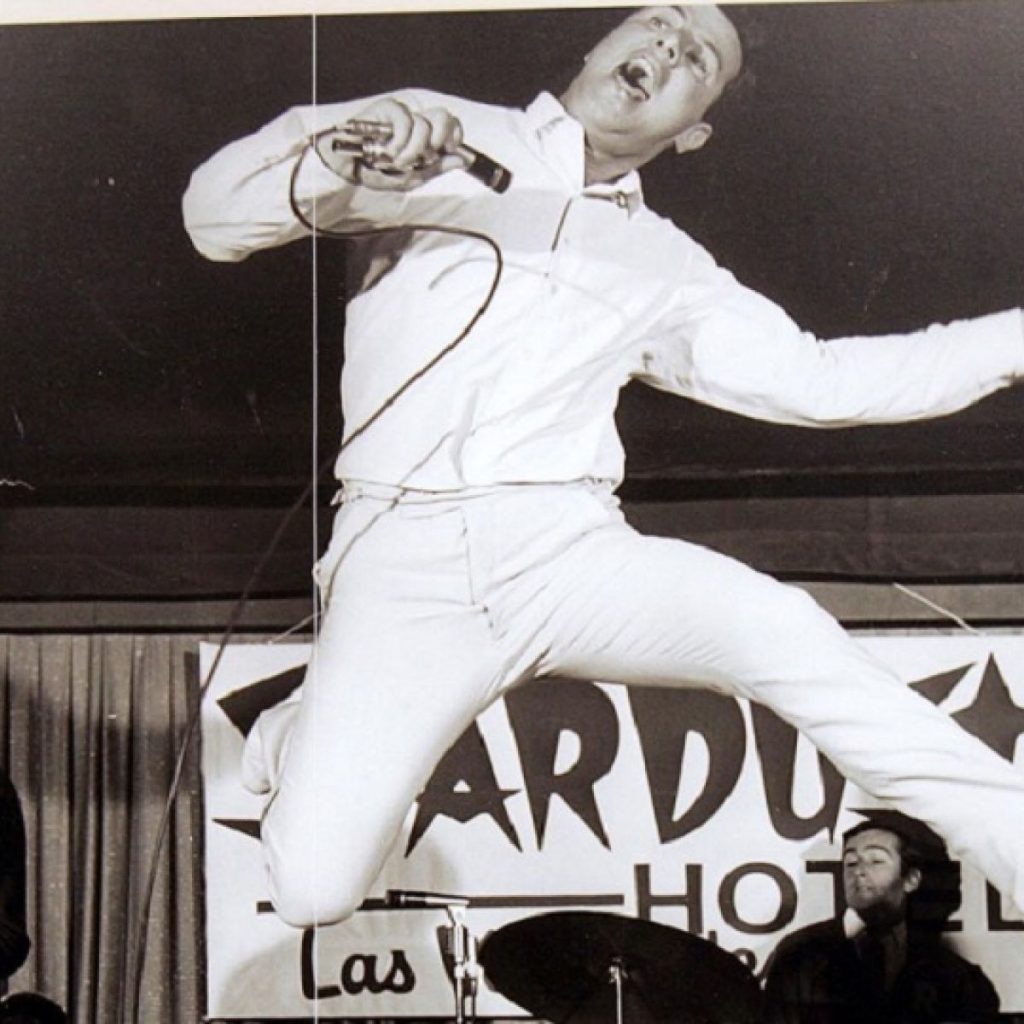 WE had all the records and someone was always playing them in the house. Kiss Me Quick…No More…I Ran All The Way Home…Bless You…Return to Sender…and, of course, the Hucklebuck. No. 1 in the Irish charts for 12 weeks, a hit in lots of countries that also hit No. 1 in Australia. Everybody knows it. A few bars just makes you want to get up and dance and the famous dance-sequence in Pulp Fiction includes the Hucklebuck steps.

Brendan was born in Bailey’s New Street in 1938 and attended Waterpark College where he was a fine sportsman. Brendan played rugby for the college and represented Munster regularly in table-tennis and was an under-age All-Ireland table-tennis champion. He later became wages-clerk in the Paper Mills but left when he realised that he could get three-times his weekly wage for one gig in Kilmacow!

‘With those swivelling hips and exciting performances, Brendan captured the hearts of a generation and more that packed the dancehalls of Ireland for so long that contributed in their own way to the economic revival of the Irish nation.’

Brendan achieved legendary status while he was barely out of short trousers. His musical background stood to him. His father Stanley was a brilliant conductor, violinist and legendary organist in the Cathedral. He made brave attempts to classically train Brendan: “I was brought up on Gigli and Maria Callas,” said Brendan, but he was always into pop music and when ‘Elvis happened’, he and some friends in the city got together to form a band.

Brendan began as a trombone player in the Royal Showband in 1957 that took its name from the Theatre Royal. Other members of the band were Michael Coppinger on saxophone, Tom Dunphy on bass, Jim Conlon on guitar, Eddie Sullivan on trumpet, Gerry Cullen on keyboards and Charlie Matthews on drums. At the beginning there was no front man with all the band members singing different songs but it wasn’t long before Brendan left the trombone behind to become lead singer.

Brendan’s performances were electric. Big ballads boomed with drama and emotion and the up-tempo numbers had enough energy to fuel the electric grid. Gyrating hips, athletic leaps – sometimes over the late and much-loved Tom Dunphy who was his closest friend in the band – and complete use of the stage-space marked Brendan apart. Girls loved him. “We were very, very innocent then,” said a fan. “We were auld eejits but he was brilliant, he was sex on legs.” 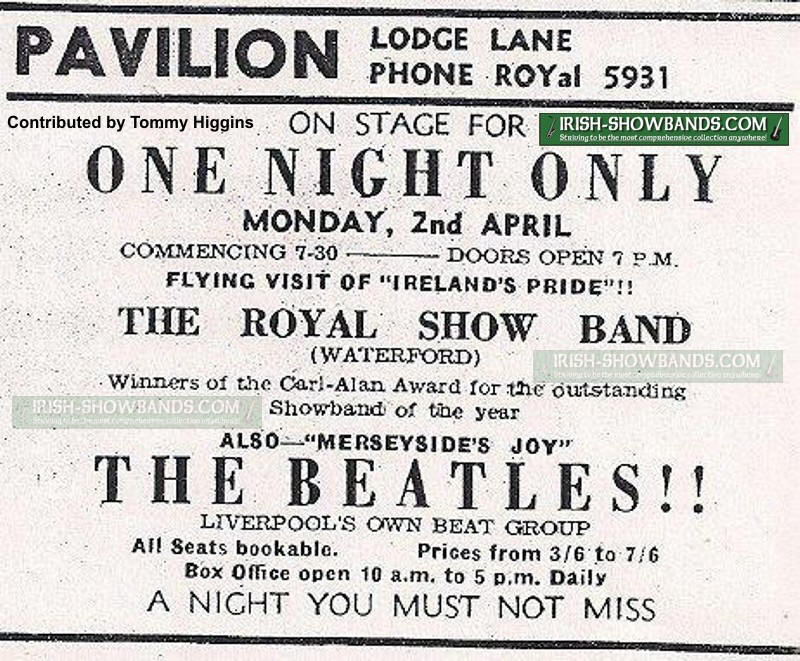 They often rehearsed during the day in the Olympia and their music sometimes found its way up to our classroom in the Manor School. They became our heroes and when they had a drink in Davy Mac’s Bar across the road, we were in the presence of superstars. When Brendan lined out in goal for Davy Mac’s in the Pubs League, Ozier Park was thronged with fans rarely seen in Poleberry – girls!

It was now the sixties and young Irish people had money to spend for the first time ever. “The 1960s was pivotal in music terms,” said Brendan in 2006. There was a mini Celtic Tiger that went on with Seán Lemass. The economy was strong in the 1960s. That was a big factor in the showband era because people had money to spend… Ireland is prominent on the world stage now, so we were in a pioneering place. By the end of the 1960s there were 400 dance halls in the country.

The Royal was huge and Brendan was a superstar and Waterford was dead proud of their own ‘Royal’ and their string of hits. Hucklebuck white socks with brass buttons sold for 7/11 in Bolgers – a fortune. They made a film – ‘The One-Nighters’. The Royal won the top UK prize of the Carl Alan award for best showband in Britain and Brendan often laughed at the fact that The Beatles were their support act on a number of occasions in Liverpool and London. When John Lennon asked for advice, Brendan told him to ‘Stick with it, lads’.

Brendan and Tom Dunphy left the Royal, formed the Big 8 and moved to Las Vegas where they were resident at the Stardust Hotel until 1975.

Brendan’s fame and long-lasting appeal survived the showband era. With those swivelling hips and exciting performances, Brendan captured the hearts of a generation and more that packed the dancehalls of Ireland for so long that contributed in their own way to the economic revival of the Irish nation.

No one will ever say a bad word against Brendan. Despite his immense talent, he was a modest and humble man who was incredibly proud of Waterford and his place in the legend of Waterford music. I finally got to see The Royal Showband live at a jam-packed Arc Dance Hall in Cork in November 1970 and Brendan was as electric as my brothers and sister had told me. I was dead-chuffed to be from the Déise that night.

In 2001 Brendan, along with Val Doonican, was awarded the Freedom of Waterford. He may have been Ireland’s Elvis but he was Waterford’s Brendan Bowyer and we all have our special memories of this marvellous man.

The Waterford News & Star would like to extend its sincere condolences to his wife of 53 years, Stella, his three children, Brendan Jr, Aisling, Clodagh, and his two grandchildren, Liam & Nora Stella.

God bless you, Brendan, you were one of our own.