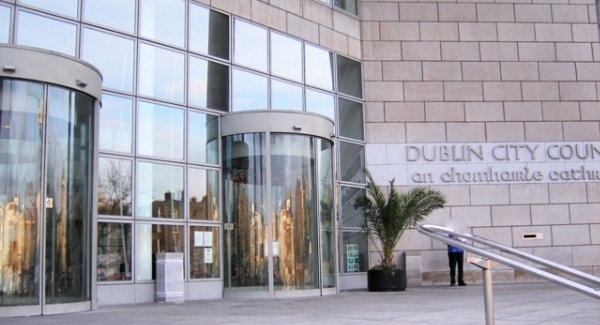 Dublin City Council has opened a book of condolence for George Floyd.

Mr Floyd was killed when a white police officer held him down by pressing a knee into his neck in Minneapolis last week.

His death has provoked demonstrations and condemnation in the United States and the wider world.

Tom Brabazon, Lord Mayor of Dublin, has opened a book of condolence for the people of Dublin to extend their sympathies to Mr Floyd’s family.

A statement said the book of condolence was opened “to stand in solidarity with the people of the USA who are appalled by what happened to him, and to state our support for those who are fighting against racial injustice worldwide.”

The book of condolence will be available online due to the Covid-19 restrictions in place.

It will be available here until Wednesday June 17.

All messages in the book will be printed and presented to the US Embassy in Dublin.

Mr Brabazon said: “All over the world people have reacted to the killing of George Floyd in Minnesota.

“I am opening this Book of Condolence to allow the citizens of Dublin to express their sympathies to the family and their support for all who raise awareness of and fight against racial injustice worldwide.”

Last night protesters defied curfews as they streamed back to US streets, hours after President Donald Trump pressed governors to put down the violence set off by George Floyd’s death.

The president also demanded that New York call up the National Guard to stop what he termed the “lowlifes and losers”.

Most protests passed peacefully, and while there were scattered reports of looting in New York, the country appeared calmer than it did a day earlier, when violence swept through multiple cities.

Protests ranged across the US, including in Los Angeles, Miami, Columbia, South Carolina and Houston, where the police chief talked to peaceful demonstrators, vowing reforms.

Tuesday marked the eighth straight night of the protests, which began in Minneapolis, where Mr Floyd died, and quickly spread across the country.

Earlier today, a Green Party councillor called for a book of condolence to be opened in Cork.

Dan Boyle, who was born in Chicago, told The Echo that what happened in the case of George Floyd was “abhorrent”.

He added: “Too many times something like this has happened, even just in recent memory, and if we don’t stand against injustice like this, if you’re silent now – whether you’re in Cork or Kansas – then you’re standing with the injustice.”

The Tánaiste has said many people are shocked and disturbed by the death of Floyd George and subsequent protests.

Simon Coveney says he has not yet spoken to the US ambassador to Ireland.

However, he has said violence is not the way to achieve long term progress.

“I think may of us are pretty disturbed and shocked by the images we’re seeing coming out of the United States now for the eighth day in a row,” he said.

“What everybody wants to ensure is that peaceful protest is part of any democracy.”