Paul Mescal: The road from Waterford to Normal People 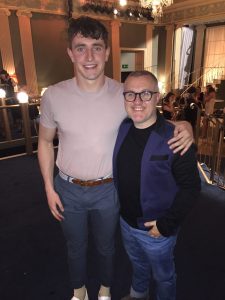 ACTOR Paul Mescal, has been filling our television screens each Tuesday at 10.15pm for the past six weeks in his role as Connell in Normal People.

The 24-year-old is reportedly in high demand from various American agencies following his portrayal of the Sligo teenager as envisioned by author, Sally Rooney.

Yet, before Normal People, before the (by now, infamous!) silver chain, Connell was the star of the stage with South Eastern Theatre Group.

Speaking with Waterford News & Star, David Hennessy of South Eastern Theatre Group said, “I remember in 2013, we decided to hold auditions for the musical, Miss Saigon. We had only recently extended our casting net to allow those from outside the South East to audition with us. I received a call from Dearbhla Mescal about her son, who was only 17 or 18 at the time. She said he wanted to audition, that he had been in two shows in school and he would like to try out.”

When Dearbhla’s son, Paul, walked on stage for his audition and sang the first verse of his song, David remembers his exact words to the production team were, “Holy shit, he is amazing”.

The decision was made to cast Paul in the male lead role of Chris in Miss Saigon. David extended the offer to Paul’s family that spare rooms were available in his home, and Paul was welcome to stay at weekends during rehearsals, as the distance from Maynooth to Waterford each day for someone still in school was alot to commit to. 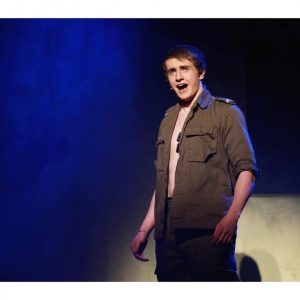 “There was something truly special about Paul Mescal on stage. He told a story through his interpretations of a song and a character, he had a presence and he had an unbelievable work ethic. There were never excuses or missed rehearsals or a negative attitude. Paul was committed.”

David recalls an unconscious habit he mentioned offhand to the young star, “he had a small habit of twitching his fingers on stage, and he did a little hop-skip when he walked at times, almost an adrenaline thing. Once I mentioned it, I never saw it again.”

South Eastern Theatre Group credit this commitment to the role as something which Paul’s GAA background helped to instill in him.

The following year in 2014, Paul returned to audition for the lead role in Phantom of the Opera and he was cast as the lead role, the Phantom. He auditioned, bringing with him his two friends, Jessica Hackett and Josh Hurley and he sang Music of the Night.

Again, Paul Mescal was welcomed into David’s home, where he decided following a conversation there that he had a taste for the stage. It was following this that he applied to the Lir Academy in Trinity College Dublin. 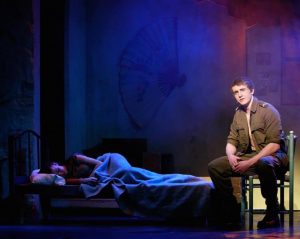 Moving from strength to strength, Paul played the lead role in The Great Gatsby in the Gate Theatre,where David Hennessy travelled to watch him perform.

“Today I am proud to call him a friend. I will never take credit for the decisions Paul Mescal made, he came to us with a driven attitude and a phenomenal work ethic, and we guided him and advised him. That self discipline was always there.”

Running a theatre company means seeing many faces passing through the doors, some say thanks, some keep in touch, Paul Mescal did both.