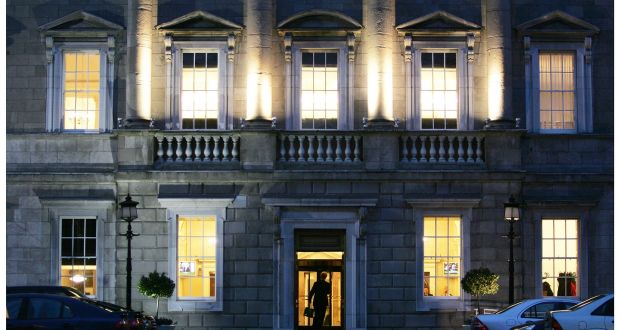 The draft programme for government (PFG), which has been pored over by political anoraks and reporters across the country today, “recognises the urgency attached to the establishment of the TU of the south east of Ireland”.

In the 139-page and near 50,000-word draft document, Fianna Fáil, Fine Gael and the Green Party described the creation of Technological Universities as “a radical reconfiguration of the Higher Education landscape and will deliver significant advantages to national priorities in relation to Education access, research-informed teaching and learning excellence, as well as supporting enterprise and regional development. We will support the recently established TUs and work closely with consortia to establish new TUs.”

The parties have also committed to publishing a “Regional Technology and Clustering Programme to strengthen the links between SMEs and third level education institutes to help drive competitiveness, productivity and innovation in the regions”.

Advocates of 24/7 cardiac care delivery at University Hospital Waterford (UHW) have already voiced their disappointment that the document does not commit to the delivery of such a service. However, the draft states the potential next government’s commitment to “deliver the second cath lab in Waterford University Hospital”.

Replying to a Dáil question from Independent TD Matt Shanahan on May 21 regarding the second cath lab, Taoiseach Leo Varadkar stated: “The HSE further advises that preparation of the contract documents has now commenced, contractor selection is under way, the tender will be complete by the end of July and it is expected that construction will commence in October with a 10 to 12-month programme.”

Regarding end-of-life care (which includes palliative care), the draft commits to opening a new unit in Waterford (as well as Wicklow and Mayo) this year, presumably within the Dunmore Wing at UHW, primarily built for such a service. The draft commits to increasing “the number of specialist palliative care beds countrywide over the next five years, ensuring that there will be a hospice serving every region in the country”.

In terms of regional development, the draft programme commitments to a full alignment “with the National Planning Framework to ensure balanced and sustainable development in Ireland over the next 20 years”.

Regarding infrastructure, the draft “recognises the huge value of our aviation sector in supporting economic development, international connectivity and tourism via our airports” and commits to delivering “the capital programmes required to support services and ensure safety at our State and regional airports”. Whether that includes Waterford Airport or not will, no doubt, soon be made a little clearer.

The draft states: “In line with the National Ports Policy, we will work with our port companies to ensure they have the capacity, finance and policy supports to deliver in the years ahead. We will work with ports and airports to safeguard supply chains for businesses and access for tourists as the economy is opened on a phased basis and review potential to expand passenger and cargo capability at all of our ports, prioritising rail connections and interchange”.

The draft programme for government commits to initiating “a consultation process with communities along the coastline from Carlingford Lough (in Louth) to Cobh with a view to creating a new tourism trail, the Irish Sea Way, along the east and south-east coast to boost tourism”. Such an initiative would presumably take Dunmore East, Tramore the Copper Coast, Dungarvan and the Helvick Peninsula primarily into account from a Waterford perspective. “Further sustainable benefits to rural communities” through Ireland’s Ancient East (which includes Waterford) and the extension of the Waterford Greenway into the city centre are also referenced.

Meanwhile, the draft PFG also commits to prioritising “the work of Údarás na Gaeltachta in strengthening the identity and branding of our Gaeltacht areas (including An Rinn) and the development of a Tourism Strategy for the Gaeltacht areas”.

“This plan will focus on utilising our existing energy and maritime infrastructure,” states the draft. “It will seek to create the right investment environment, support ocean energy research, development, and demonstration of floating wind, tidal, and wave power, together with the development of innovative transmission and storage technologies such as high voltage direct current interconnection and green hydrogen on an all-island basis. This plan will set out a path to achieving 5GW capacity in offshore wind by 2030 off Ireland’s Eastern and Southern coasts.”

The three parties have committed to retain Irish Water “in public ownership as a national, standalone, regulated utility” while ensuring it “is sufficiently funded to make the necessary investment in drinking water and wastewater infrastructure”. The would-be government will mandate the utility “to develop plans to ensure security of supply and sufficient capacity in drinking and wastewater networks to allow for balanced regional development”.

Pledging to “ensure our regional towns and villages act as hubs of sustainable development to serve a thriving hinterland,” the draft PFG says it will “publish and implement a new Rural Policy to build on the progress of the Action Plan for Rural Development to promote rural recovery and development in the wake of the Covid-19 crisis”. There’s also a commitment to invest “in infrastructure, including broadband and waste and waste water infrastructure, to support the development of rural towns and villages”.

In a move that will presumably be welcomed by Councillors, area representatives and campaigners, the draft document says it will “require each council to publish an annual statement of accounts to all homeowners and ratepayers giving a breakdown of how revenue was collected and how it was spent”.

Regarding the elected body, the three party government would “consider the introduction of an alternate/substitute candidate list to cover parental and caring leave, long-term illness leave, resignation, career breaks and death in office”. It would also “require local authorities to be more flexible with meeting times and to use remote working technologies and flexible work practices to support councillors with parental or caring responsibilities, including childcare and reduced travel times and absences from work”.

The potential FF/FG/GP administration has committed to expanding “the remit of the Public Service Broadcasting Commission to become a Future of Media Commission and to consider the future of print, broadcast and online media in a platform agnostic fashion. It will report within nine months on the necessary measures that need to be taken to ensure there is a vibrant, independent public service media for the next generation. The current funding model for public service broadcasting is inefficient and the Commission will publish recommendations.” In addition to enacting the Broadcasting Bill to support regional and local broadcasters, there’s also a commitment to “review and reform defamation laws to ensure a balanced approach to the right to freedom of expression”.