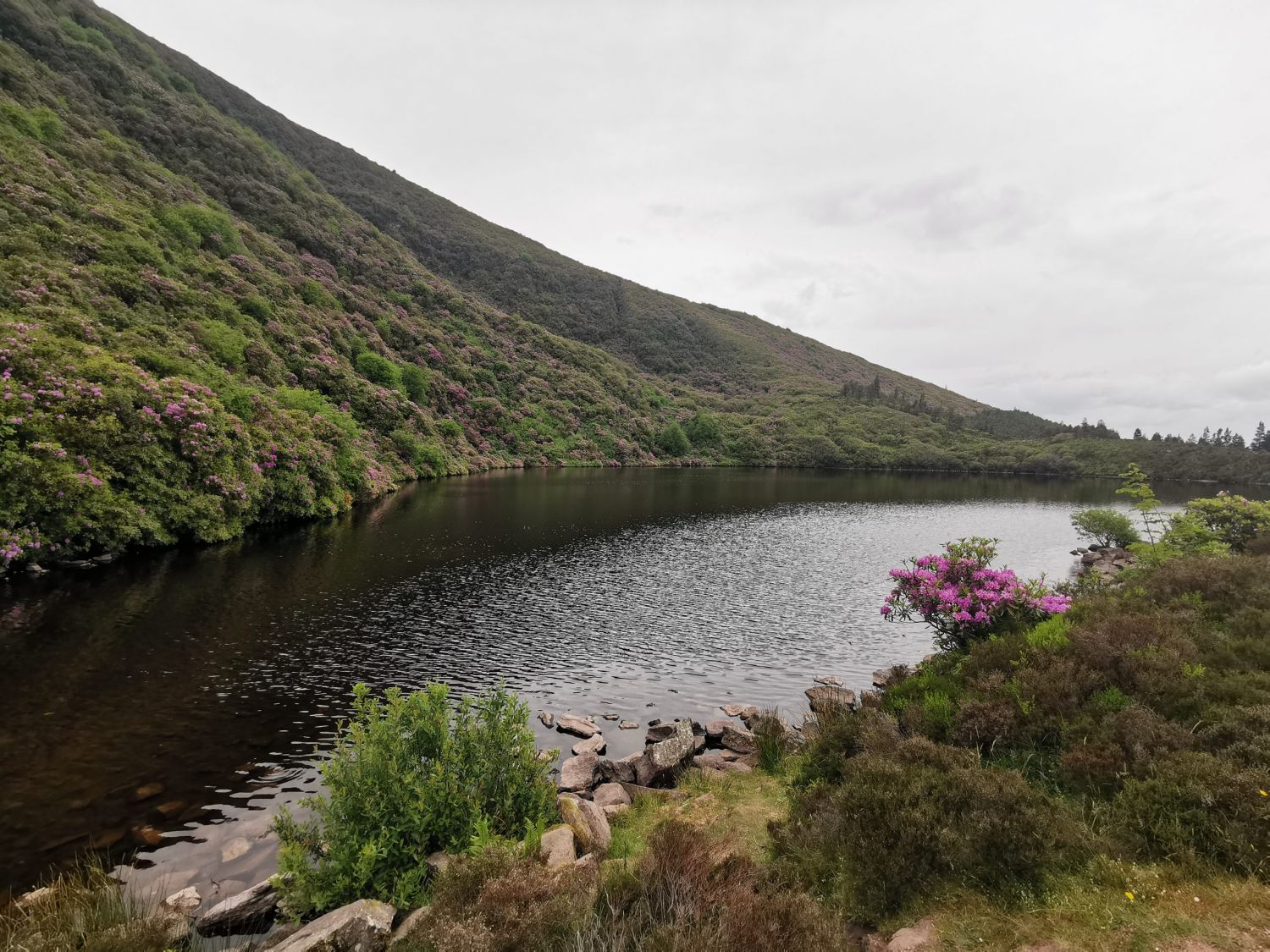 The beautiful Baylough in the Knockmealdown Mountains.

Tuesday, June 9, 3:57pm: Herself and myself return to the car having walked to Baylough, above The Vee in the Knockmealdowns. The area’s magnificent rhododendrons, perhaps bettered only by those in Killarney’s National Park, are about a fortnight away from full bloom but I rarely need an excuse for a ramble along the Waterford/Tipperary border at any time of the year. It’s the ideal way to complete my latest westerly excursion having driven to Ballyduff Upper to interview Peter Mulryan at Blackwater Distillery. That the chat with Peter proves a tonic is perfectly apt: he’s engaging, funny, insightful and brimming with enthusiasm for a job which taking the span of his life into his account, he’s really only been occupied with for a long weekend. Both he and Caroline Senior have created something very special in this quiet, beautiful corner of our county. I depart Ballyduff with a Mulryan-infused pep in my step. 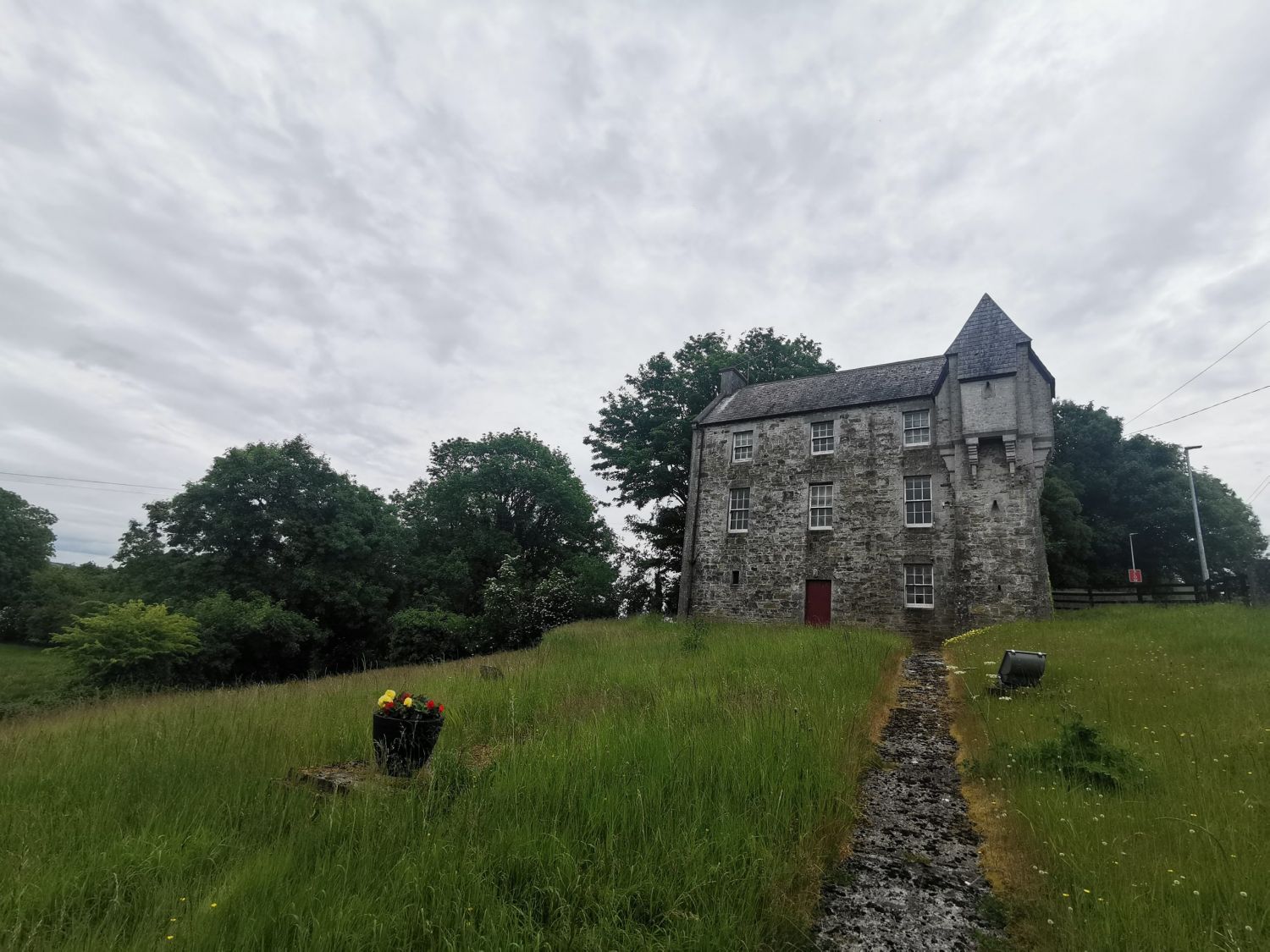 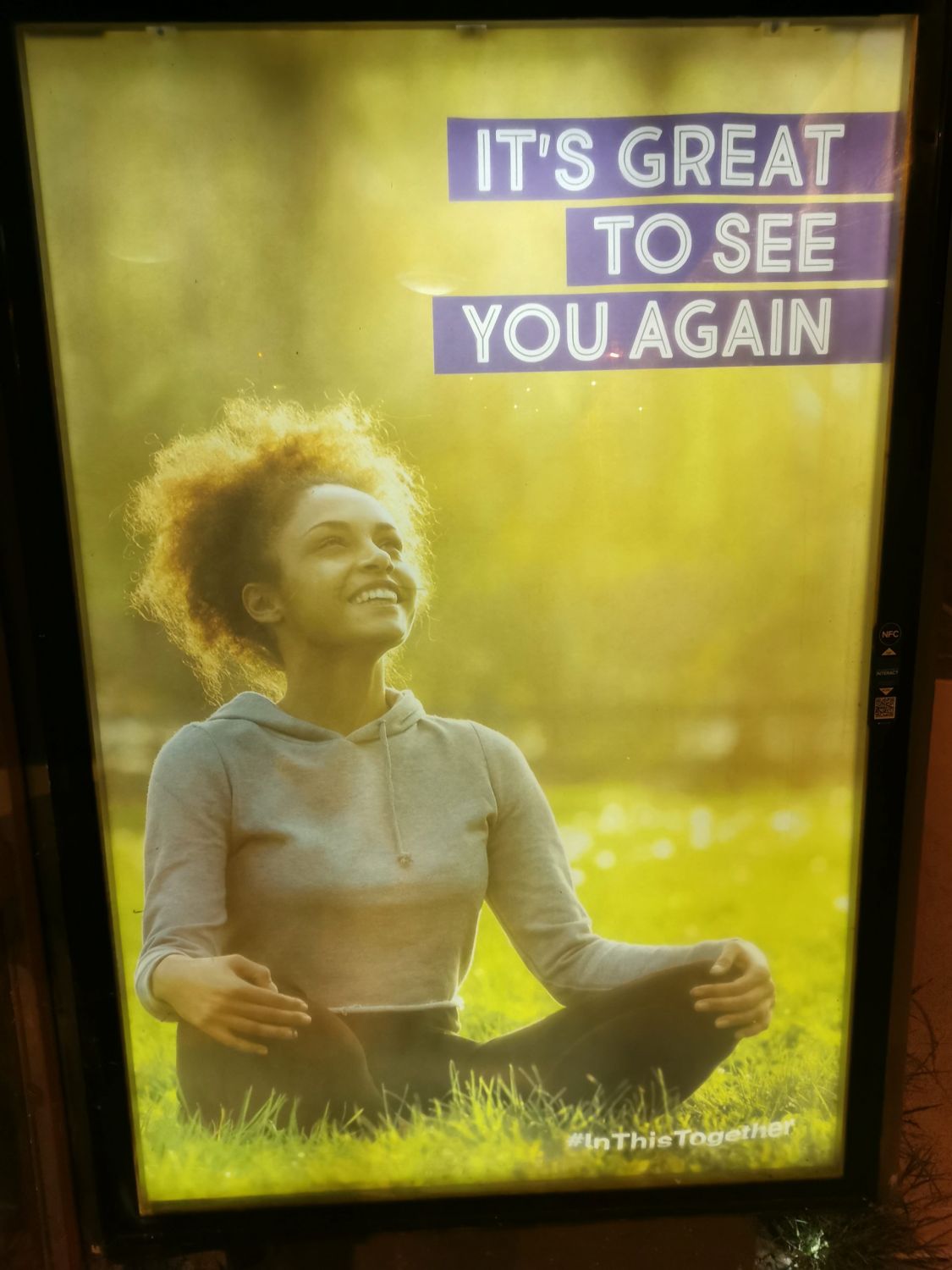 This upbeat poster at the Farronshoneen bus shelter made for a happy sight.

Wednesday, June 10, 12:05am: Out on a late night/extremely early morning walk with the dogs, a new poster in the Farronshoneen bus shelter features a smiling face and a very pleasing slogan: ‘It’s Great To See You Again’. While we’re certainly not out of the woods yet and may not be for quite some time, we’re slowly moving back towards normality and that’s to be welcomed. 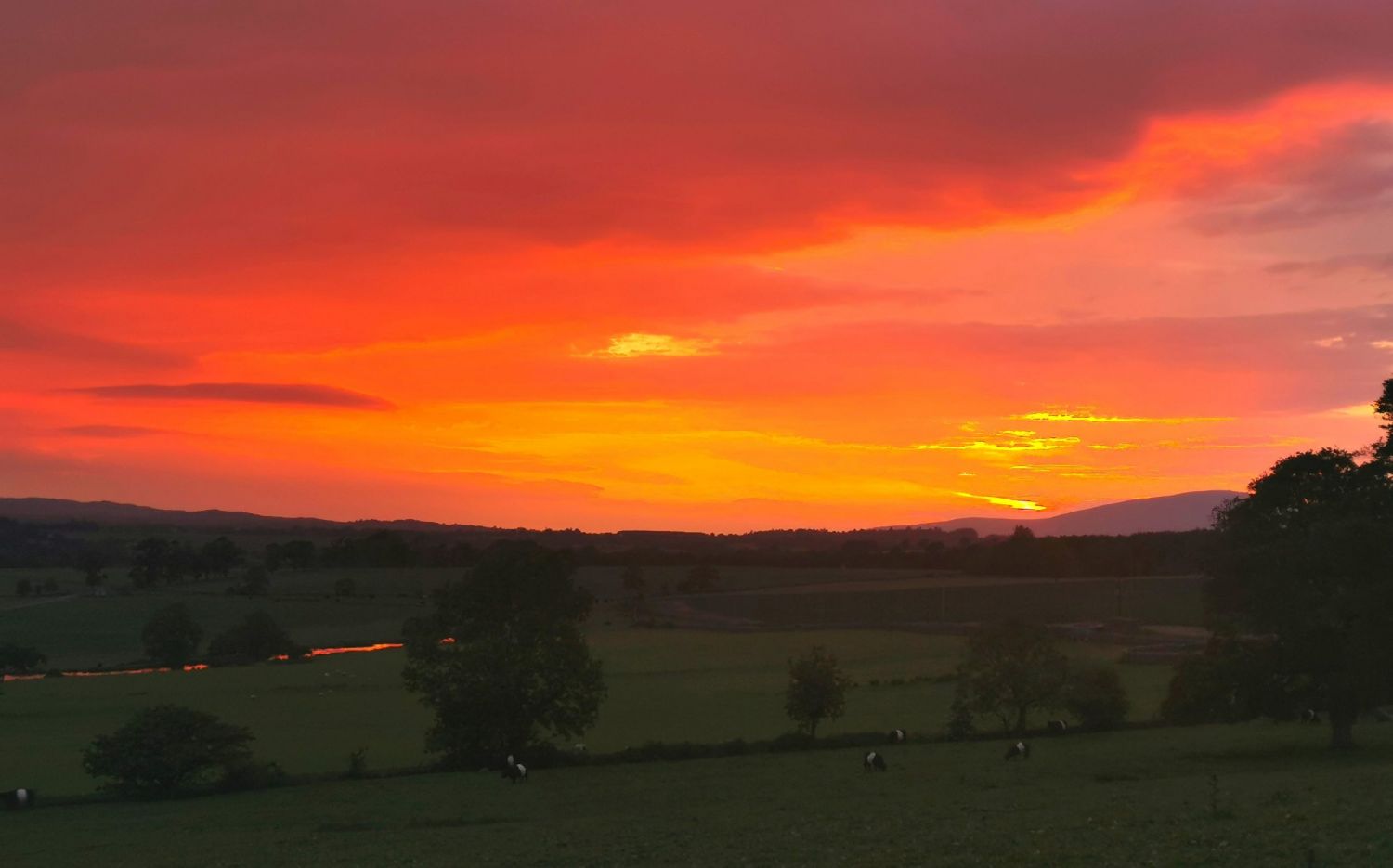 The joy of a Curraghmore sunset.

Thursday, June 11, 9:40pm: Towards the end of a magnificent day, I depart the family homestead and barely a half-mile up the road, I pull in on the verge, gazing across Curraghmore to take in the sunset beyond Slievenamon. I remain in awe of this magnificent view. It’s such a stunning evening that I drive through Portlaw and up Tower Hill to see the beautiful fading light from the flank of Clonegam Church. Not for the first time, I’m reminded of my good fortune to have been raised in these parts. 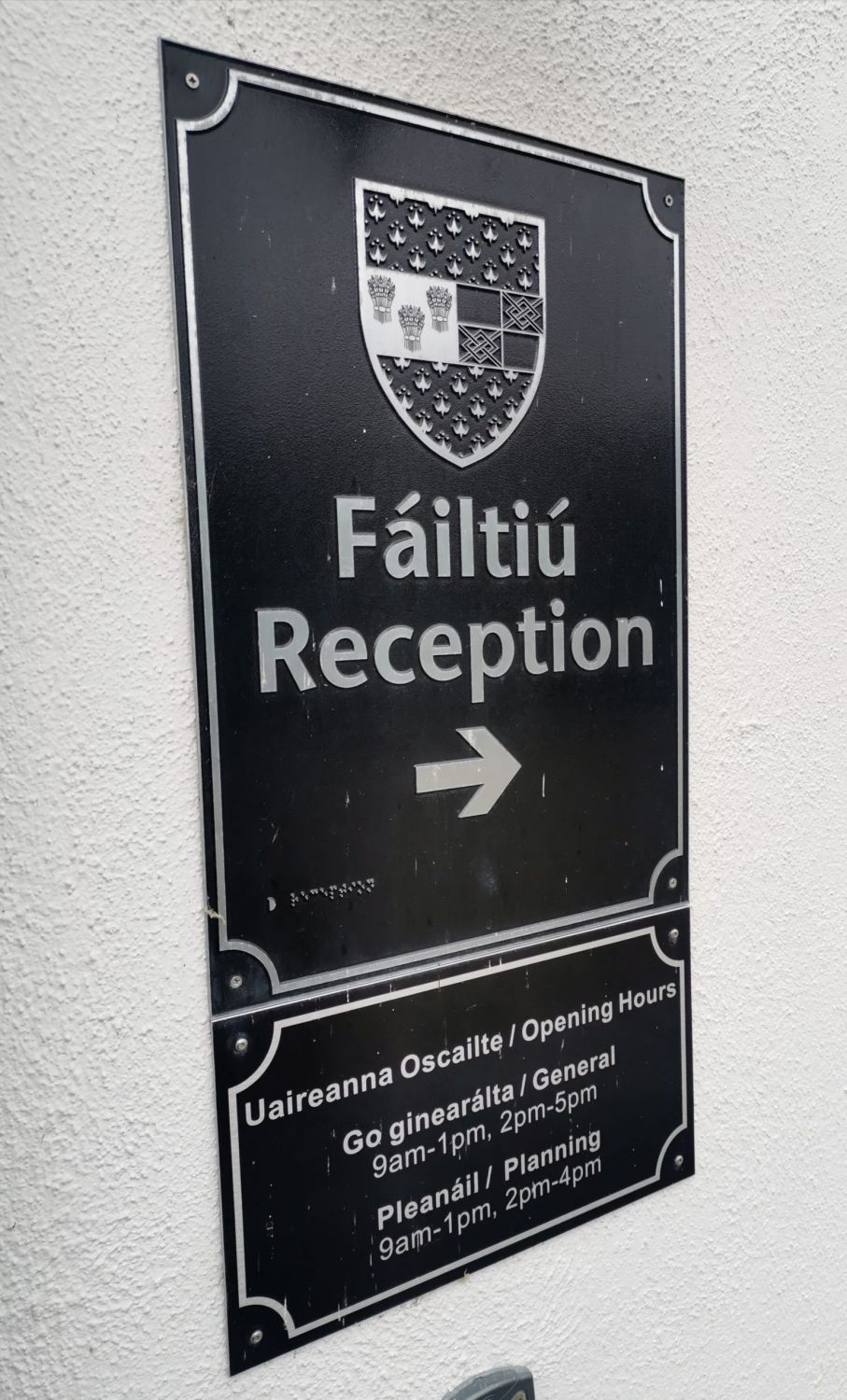 From this newspaper’s perspective, I made a novel visit to Kilkenny County Hall on Friday last.

Friday, June 12, 2:28pm: I depart Kilkenny’s County Hall following the Piltown Municipal District’s AGM. As someone well accustomed to visiting Kilkenny, it’s bizarre to consider this traditionally routine drive from Waterford as something of a novelty! Re-elected Chairperson Eamon Aylward (FF) reckons I’m the first Waterford News & Star reporter to cover a meeting in County Hall. It’s very much a case of making history in the lower-case sense but I’m more than happy to be here. South Kilkenny’s Councillors want to see WIT upgraded, services at UHW upgraded and consolidated and the potential of the Port of Waterford at Belview maximised. It’s good to share their perspectives on these pages.

Saturday, June 13, 6:18pm: I reach ‘Footpath Incomplete’ on the Williamstown Road, having run the 11 kilometres between there and Tramore’s Backstrand in 65 minutes. It’s the first time I’ve ever run from Tramore to Waterford and I genuinely enjoyed it. I’m working off a training schedule provided to me by two-time Olympian and 800-metre Irish record holder David Matthews and I appear to responding well to some welcome structure. It sets me up well ahead of a takeaway meal from Burzza which marks my 41st birthday. It’s a very happy one indeed. 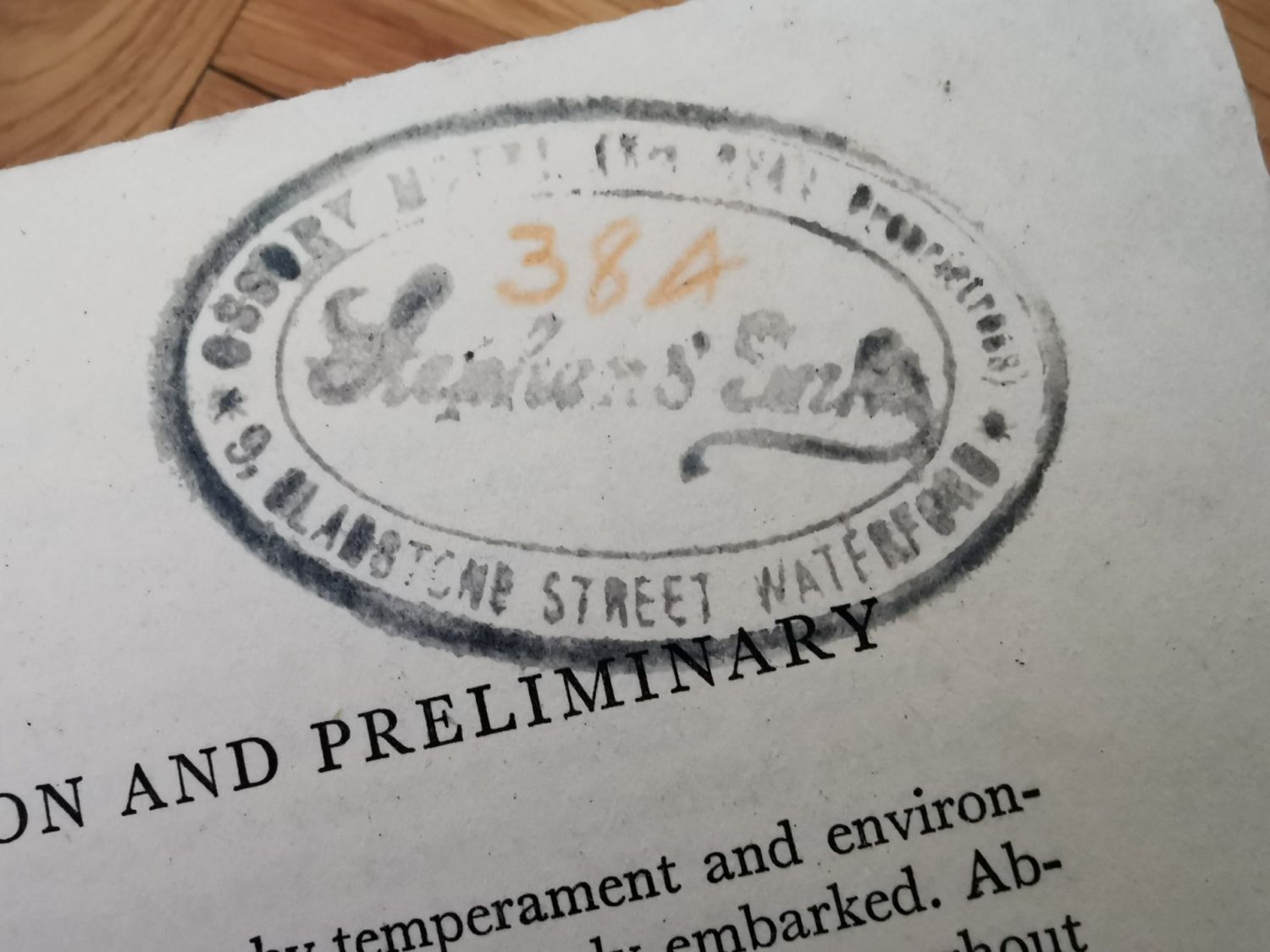 The memoir of journalist Webb Miller which was gifted to me last weekend, features a bookmark from the Ossory Hotel on Gladstone Street!

Sunday, June 14, 7:37pm: An unexpected birthday present is presented to me in the form of a book titled ‘I Found No Peace: The Journal Of A Foreign Correspondent’ by Webb Miller, originally published in 1937. On what would have been the Immrama Festival of Travel Writing weekend in any other year, to have this old tome gifted to me by herself’s parents comes as a wonderful bonus. In his introduction, Miller opines: “I wanted to write more than anything else. Nevertheless, after 24 years in the newspaper business, I still write labouriously. I have to pull out every sentence by the roots. It took me a long time to learn that simple, straight-forward writing which a child can understand is the best, and I have not yet mastered it.” The book also comes with an interesting stamp mark courtesy of the Ossory Hotel, 9, Gladstone Street, Waterford, the ground floor of which is now occupied by the ‘Foxy Chopper’ salon. This book once occupied shelf space six doors away from the office of the newspaper I’ve spent the past year happily working for. It’s a small world after all. 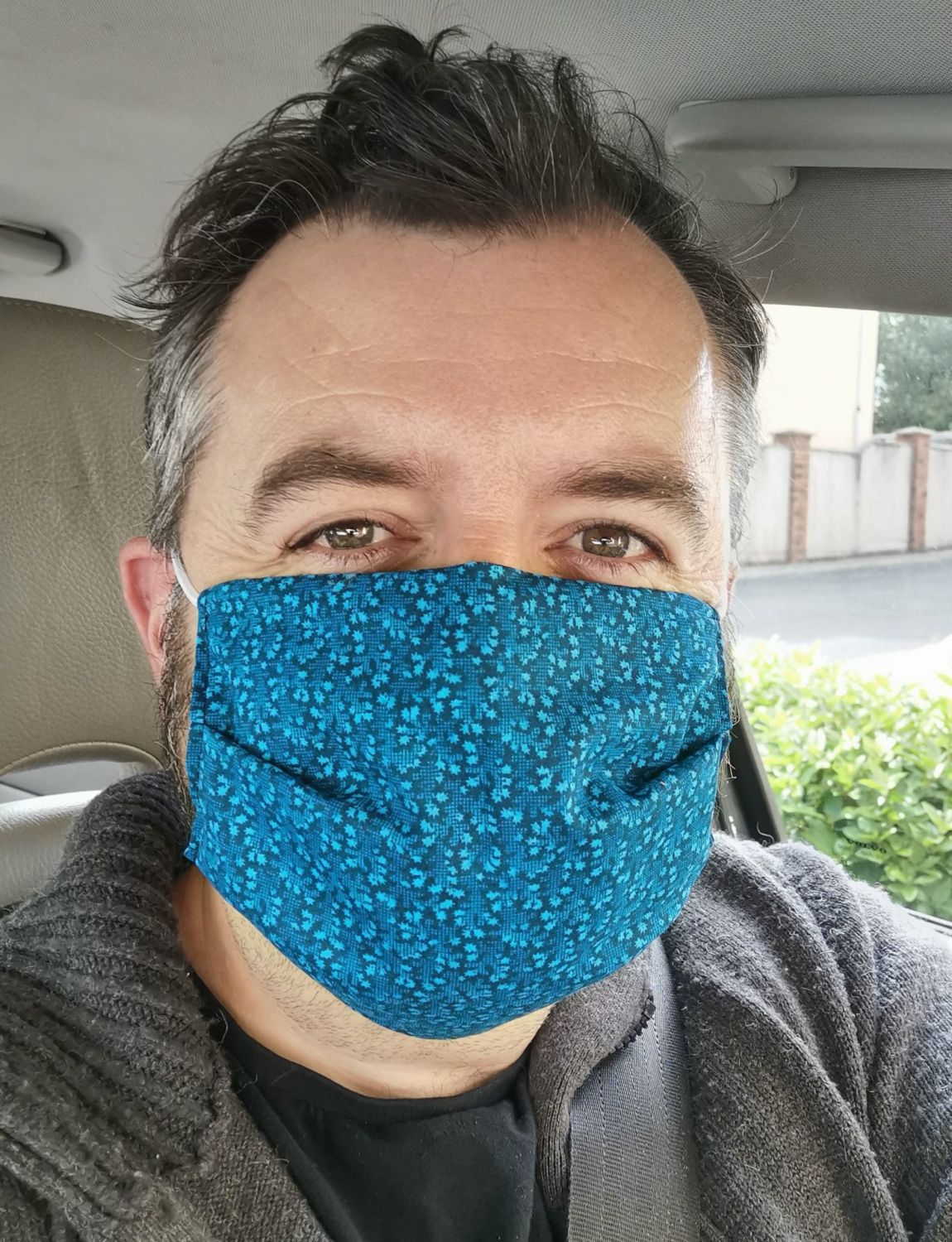 Masked up for my Monday morning trip to the Post Office.

Monday, June 15, 10:04am: The morning news reports on a new Government campaign which will encourage more people to wear facemasks. I wore mine this morning while out on a few errands, including a trip to the Ardkeen Post Office during which, for the first time during the past three months, I happened to be the only customer. It’s noticeable that the majority of people are not wearing masks but I can’t do anything about what other people choose to do – or choose not to do. I’ll be wearing mine while I’m picking up a few bits and pieces from now on. After all, the only actions I can control are my own.