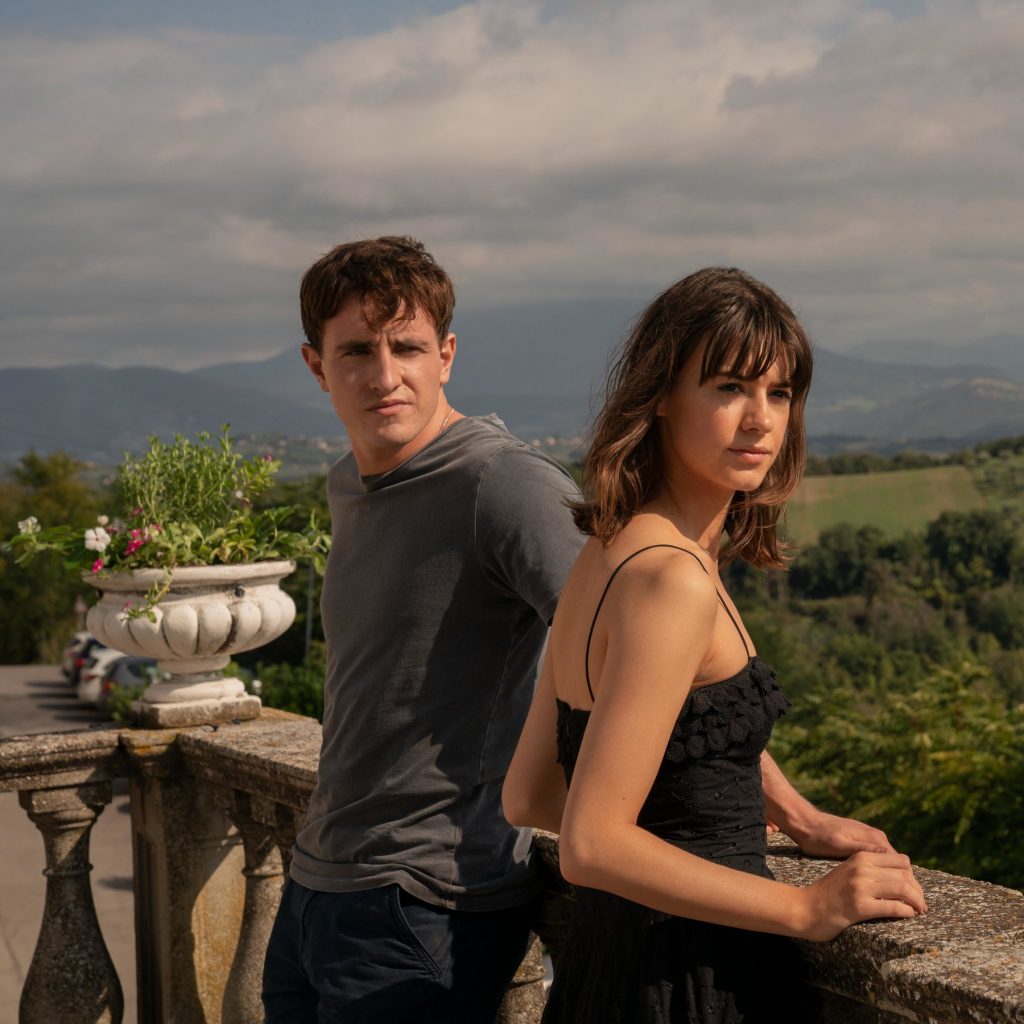 WHY is Normal People such a phenomenal hit? Well, it definitely appealed to people across the generational divide and the isolation of lockdown was enabling. It made us realise, and maybe even remember, what it is to feel cut off and isolated from the world we lived in.

Younger people identified with the struggle to identify and dig down deep into the core of our being as we moved from late teens to early adulthood. And the terror of saying the wrong thing and fearing the body language of betrayal.

Older people remembered times when intimacy seemed to be always awkward and internal angst and fear the currency of everyday inner thought. “Do I dare,” asked T.S. Eliot “disturb the universe?” Sally Rooney’s novel brings us all back to the awkwardness of adolescence, the beauty of first love and the exploration of physical intimacy. People were remarkably candid and accepting of the sexual scenes because anyone who dwelt on them simply missed the point of the story and became the locker-room boys whose boasts were no more than obvious bravado. The decision to show rather than tell the story of the young lovers’ intimacy is a triumph of direction from the producers of the show.

‘Older people are normal people too and have all been here before. The casual banter that masks bullying, the realisation that some relationships are simply not worth the admission ticket’

Marianne and Connell take separate journeys as outsiders. She is the filthy-rich young Leaving Cert who lived in a house that had ‘grounds’ – Shane Ross’s old house, by the way – and who seems indifferent to class-mates that resent her massive intelligence. Connell is the son of a cleaner from a council estate and popular local football hero who is her intellectual equal with a wisdom and level of emotional maturity that belies his young years.

Over the years they move in and out of each other’s lives and their love affair is tender but not always easy. Their journey through third-level reverses the sense of ‘not belonging’ with working-class Connell now very much the outsider in Trinity’s world of wealth and entitlement where Marianne fits snugly. Rooney’s story of love does more than follow the narrative of typical love stories where lovers meet, fall in and out of love through misunderstanding and happenstance and are finally reconciled in the land of confettid and flowered-up churches and over-stated happily-ever-after.

Awkward silences and the search for the right words become hypnotic. Embarrassment and excitement, humiliation and elevation, gauche silence and expressive gesture overlap easily and the scene where Marianne watches over Connell, traumatised by a friend’s suicide, from her laptop while on Erasmus in Sweden, is a moment of exquisite beauty.

Older people are normal people too and have all been here before. The casual banter that masks bullying, the realisation that personalities clash and that some relationships are simply not worth the admission ticket, the journeys towards emotional intelligence and the body armour that shields us from hurt, the contradictions that relationships bring. Are we better or worse for these experiences or simply better prepared on our journey towards indifference?

The success of the series is staggering and the futures of the two young stars is assured. Actor Paul Mescal’s (Connell) Argos chain has some 120,000 followers on Instagram and its raffle four days ago raised some €70,000 for Pieta House. Designer label Gucci has launched a high-fashion pair of GAA-inspired shorts with a price tag of £494 that has Mescal delighted: “to be honest, there’s no better item to be photographed in than a pair of Maynooth GAA shorts” and O’Neill’s sportswear are over the moon at the Gucci shorts: “Only 102 years ahead of ye lads @gucci, we’ve been keeping Ireland stylish since 1918.”

Paul Mescal starred in two of David Hennessy’s productions for South Eastern Theatre Group playing lead actor Chris in Miss Saigon in 2013 and The Phantom a year later. At the time I wrote: “Paul Mescal gave a powerful performance of the tortured phantom. He was menacing and romantic, talented and deformed, genius and twisted. Above all he was sympathetic and the whole theatre empathised with a tortured composer who has condemned himself to the darkness of the night. Can this young star really be only seventeen?”