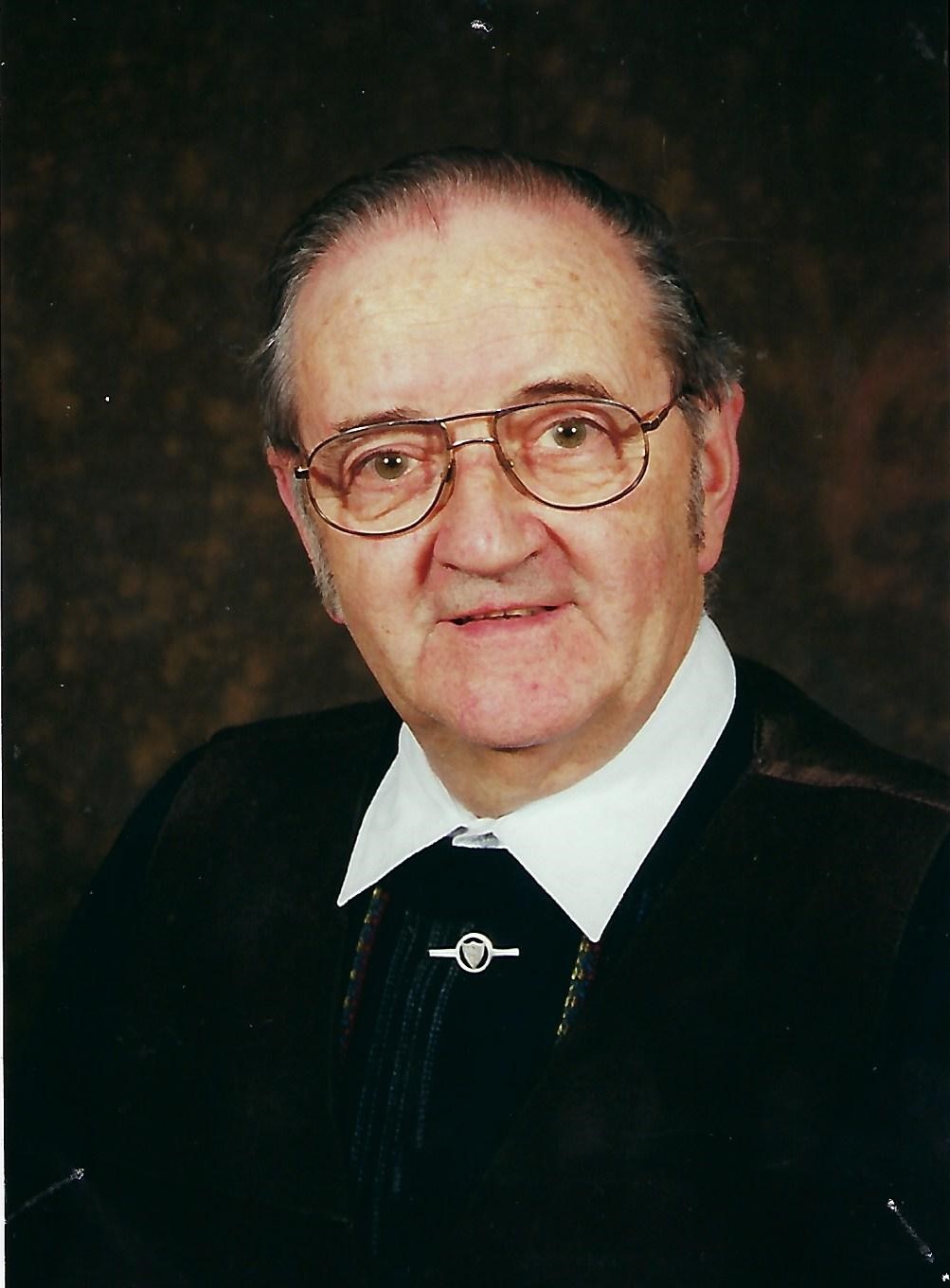 The late Michael Ingoldsby was a man whose talent was equalled by his humility.

If you could hear a piano playing, but could not see the musician, but are drawn to the sound of the piano being played with such a gentle but knowing touch as to make the instrument sing, chances are it was Michael Ingoldsby, the quiet man behind the piano.

For almost half a century the name of Michael Ingoldsby has been synonymous with music in Carrick-on-Suir, principally through his dedication as chorus master with the town’s award-winning musical society, but also through his involvement with many other aspects of musical life in the community.

Michael was born in 1931 into a very musical Dublin family. His mother was an accomplished church organist and from an early age it was clear that Michael was an extremely talented and gifted musician. People who passed by their family home would often stop outside in the hope of hearing the wonderful piano music wafting from the front parlour.

As a young student in Coláiste Mhuire, Michael took to the stage in several productions, where everything was taught through Irish, including these shows. He studied piano under the renowned Madame Lucy Donnelly at the Dublin Municipal School of Music where he was awarded the prestigious Lorcan Sherlock Medal for advanced pianoforte performance. In his early teens Michael would sometimes substitute as organist for his mother, cycling into the city centre in the depths of winter to play for the 7am Mass.

However, the young Michael had also discovered the not-so-religious music of Fats Waller, and on one occasion while practicing in the church, and thinking he was alone, he decided to try it out on the organ. Michael had a great ‘Fats’ left hand, just like the maestro himself. It must have sounded amazing, but the parish priest, who suddenly appeared behind him on the organ loft, was not one bit amused!

After leaving school Michael worked in the GPO before joining the civil service in the early 1950s as a Social Welfare Officer. An early posting was to the Donegal Gaeltacht town of Dungloe and he was then moved to Ballyjamesduff in County Cavan, a town immortalised forever in song by the great Percy French.

Michael’s musical talents were quickly put to good use by the co-founders of the local musical society, the late John McBreen and Paddy Cusack (father to Pete Cusack aka Pete Briquette of the Boomtown Rats).

Many years later Michael ensured that at least one hilarious comedy sketch from their annual “Ballyjamesduff Frolics” was used in an “Autumn Revels” production by the Carrick Musical Society. Michael had met Anne Broderick from Kilkenny while they were both working in the GPO in Dublin and they married in 1956 and moved to Carrick-on-Suir where he was the Social Welfare Officer until his retirement in 1990.

Michael was an extremely sympathetic and conscientious civil servant who was highly respected by his peers and by the officers he trained and mentored, and by the many people who he quietly helped over the years.

In demand in Carrick-on-Suir

Very soon after his arrival in Carrick Michael was in great demand as a pianist with the local dance bands, including The Riverside Jazz Band and others led by the late Harry Doherty and Mick Delahunty. On one excursion to play a gig, the double bass was strapped to the roof of the car, unfortunately the car made a wrong turn in heavy fog and ended up in a farm yard frightening the farmer, who saw the outline, thought it was a tank and immediately reached for his shot gun. A hasty retreat was ordered and swiftly made.

It was inevitable that Michael would become involved with the then Amateur Operatic Society. His first involvement was in 1957 as rehearsal pianist for “The Belle of New York” before joining the pit as pianist in the orchestra in ‘59 and subsequently as chorus master, a role he performed with tremendous dedication and a great deal of patience every year and for which he was nominated on two occasions by AIMS. Michael also took up the role of Musical Director on a number of occasions, “The Merry Widow” in 1975, Jesus Christ Superstar in ’76, “The Gypsy Baron” in ’77 and “My Fair Lady” in ‘78. Being a stickler for punctuality he was nearly run out of town when he started the overture on one occasion at exactly 8pm, while many people were still being shown to their seats and others hadn’t yet arrived. The “Pirates of Penzance” in 2002 was his 60th and final production, a remarkable achievement indeed, and one for which the society will be eternally grateful.

A great partnership with Dick Meany

Michael and his great friend and producer, the late Dick Meany were both made Honorary Life Vice-Presidents by the Society in 1996 in recognition of their outstanding work over the years. Together they have helped the Society achieve many awards, including the Ballyclare Rose Bowl at the AIMS Choral Festival in 1989, the Best Overall Show award at the Waterford International Festival of Light Opera in 1994 with “Chess” and in 1997 with “Me and My Girl”, and especially winning Best Overall Show in AIMS for the first time in 1978 with “Joseph and the Amazing Technicolour Dreamcoat”. Michael’s talents were also regularly called upon within the greater AIMS circle, in particular as accompanist for the regional revels and the sing song at the annual awards weekend. 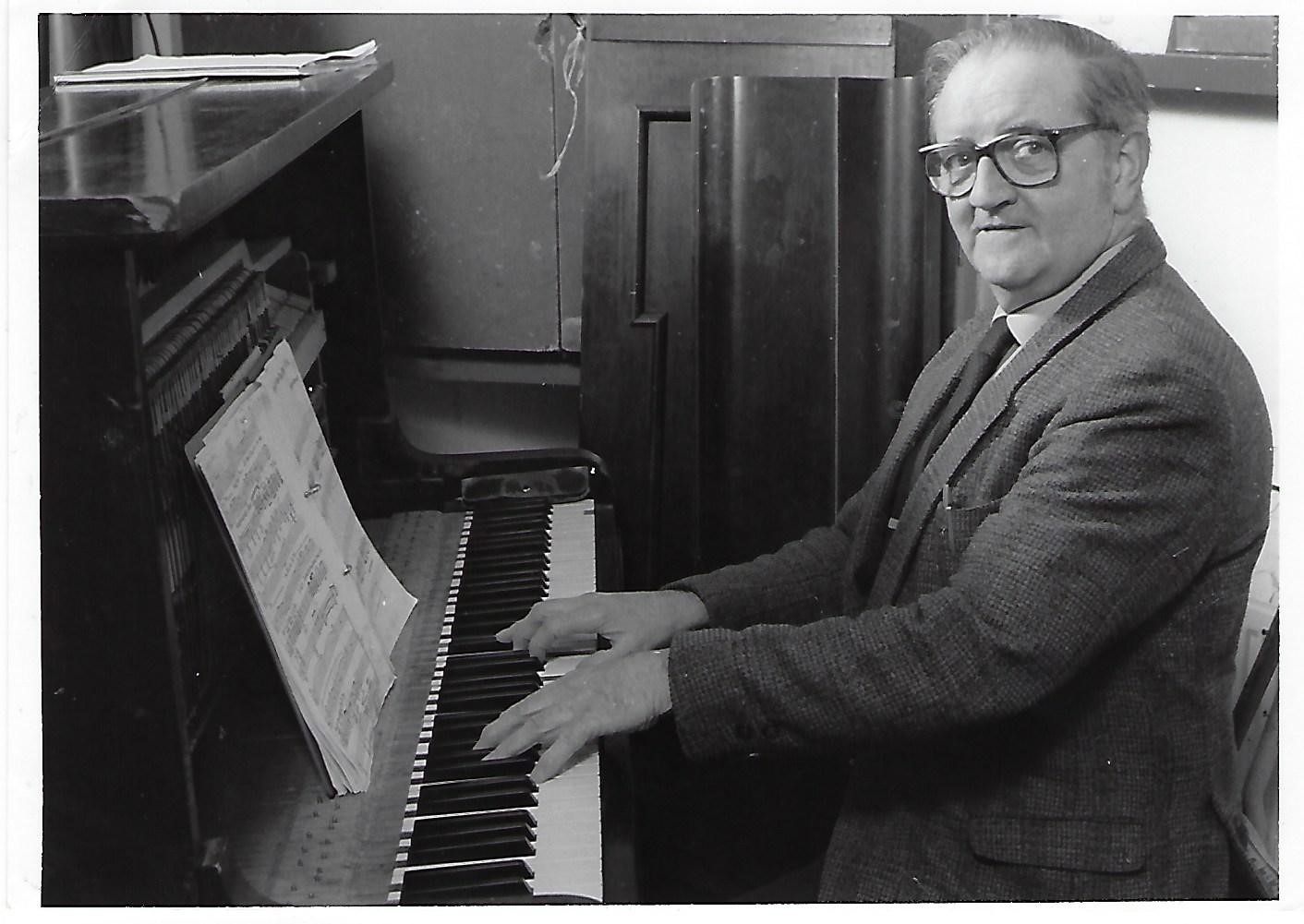 Michael was a devoted member of both Carrick-on-Suir Musical Society and the St Nicholas’ Church Choir.

He took everything in his stride, even when singers would pull a crumpled and faded photocopy of a piece of music from a back pocket, naturally written in a different key to what they were singing! His perfect pitch was a blessing but could also be a curse at times.

Michael was not the only Ingoldsby active within AIMS, as his niece Anne O’Neill was also an incredibly talented pianist and musician who worked for over 30 years in musical circles in the Dublin area until her untimely death in 2004. The O’Neill family each year through AIMS award a bursary to a student of musical theatre in memory of Anne O’Neill.

Michael’s involvement with the musical society was only one part of his immense contribution to music in Carrick-on-Suir. As the organist with the St Nicholas Church Choir for over 20 years beginning in the early 1980s, he really enjoyed playing the church’s magnificent Telford pipe organ following its restoration thanks to the dedication of the late Canon Walsh PP.

Whenever world champion piano accordion player Jimmy Reavey would visit locally, Michael would get the call to visit Delaney’s Bar in the Slate Quarries for a fantastic night of music. He also gave generously and freely of his time as accompanist for many charitable musical events, including the annual fund-raising concert for the local Franciscans and the senior citizen’s Christmas and monthly parties organised by the Lions Club. Michael was also well known and respected in Clonmel music circles due to his regular Saturday night engagement in John Allen’s public house in Irishtown, where he played for almost a quarter of a century. Although Michael occasionally played in or visited bars, he was a Pioneer his entire life and always wore his Pioneer pin with pride.

Michael liked almost all types of music, from Chopin to ABBA, from Gilbert & Sullivan to swing and big-band and Andrew Lloyd Webber, but he had a very special love of church music. In 1986 he composed a “Mass in Honour of St. Nicholas” which was first performed by the St Nicholas Church Choir, and it is especially fitting that his coffin entered and left the church in Mooncoin on the day of his funeral Mass to the wonderful sounds of his own composition, something that would have made him very happy and proud.

Michael was a brilliant musician and a gentleman in every way, and his passing marks the end of an era for the Carrick Musical Society and musical circles in Carrick generally, to which he willingly gave so much of his time and talents.

In his own quiet and unassuming way, Michael was a key member of a wonderful team that included Dick Meany, Christy Butler, Jerry Moran, Danny Carroll and so many others who have contributed enormously to the growth and success of the Society, which has lost a great friend and a loyal servant. Michael’s family and many friends can now take comfort in the knowledge that he is reunited with his beloved wife Anne and undoubtedly is happily tinkling the keys on a perfectly-in-tune piano somewhere in heaven, once more the quiet man behind the piano.

Solas na bhFlaitheas do Mhichíl, go bhfanfaidh sé i suaimhneas. The Light of Heaven to Michael. May he rest in peace.

With thanks to Seamus Power of Carrick-on-Suir Musical Society

Pauline was the “best dressed woman in town”