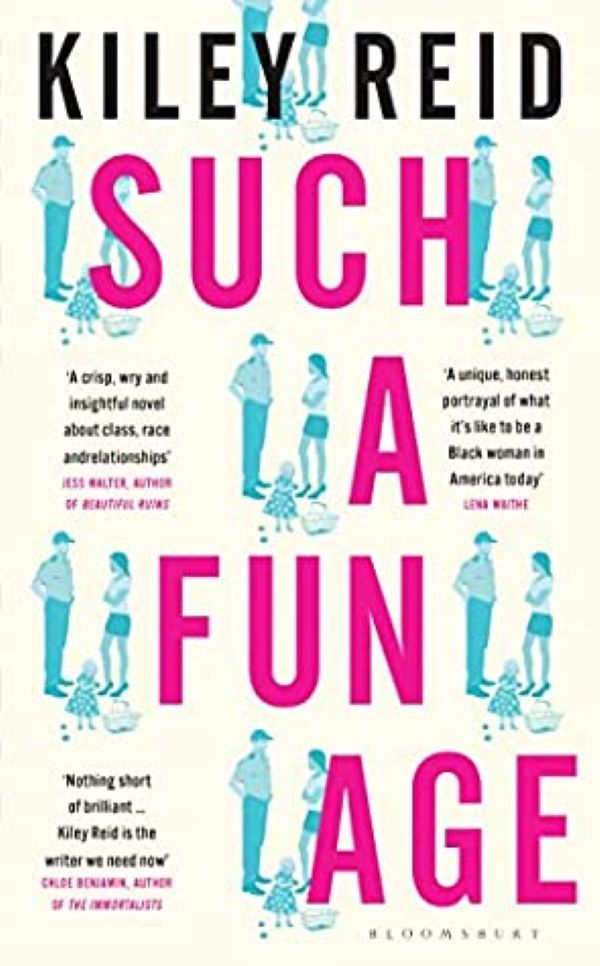 Dymphna Nugent reviews ‘Such a Fun Age’ by Kiley Reid.

25-YEAR-old Emira babysits part-time for a wealthy family in Philadelphia. Additionally, she is a part-time typist for the local Green Party office. Her friends are beginning to settle down with partners, and high paying careers and Emira feels unfulfilled, and without a destination – almost rudderless.

Late one evening, when babysitting she takes the child, Briar, to the supermarket and it is mistakenly assumed that she has kidnapped this child, who is not her own. Staff and shoppers see a black woman with a white child, and society reminds Emira that in certain areas with certain incomes, a black woman will always draw negative attention and suspicion.

This was handled well by Philadelphia author, Kiley Reid, and the casual way which Emira dusts herself off the following day, not wishing to sue anyone highlights the frequency of racially motivated character slights in many parts of society. This infuriates others, but these assumptions about her are almost normal to her now, anticipated even.

An interesting viewpoint was provided, as white people who were angry on Emira’s behalf, demanding justice were painted as self-serving. Reid suggests that white people making noise over racist acts could arguably be doing so to convince the world that they are not racist. Reid goes one step further, in giving us the character of Emira’s boyfriend Kelley, who is described as a ‘black fetishist’. Reid draws attention to how he befriends the black athletes, dates only black women, and goes to great lengths to celebrate ethnicity. These decisions, she claims, through the character of Kelley actually broadens the gap between race and becomes glaringly obvious and offensive.

On a societal level, this is a great novel – it highlights the socio-economic chasms in educational opportunities when one is born into a black, working-class area. Furthermore, the novel shines much needed light on modern day racism and how perhaps we are all implicated in its continued prevalence.

However, and there is a big however, this novel was too busy. The unreliable character of Emira’s boss Alix tries to take centre stage, as does Emira’s experience, together with Emira’s love life, and the intricate life of her many friends. There were simply too many plot lines happening and a strong issue was diluted. Kelley was a truly pointless character, who exited the stage leaving us with absolutely no lessons learned at all, to offer a reason for his existence in the novel. Alix descends into an obsessive focus on Kelley and Amira, which would have made for an interesting plot choice, but it was all too much in one novel. This read like many novels knitted together in a truly uncohesive way, which is a shame because it had the potential to really make people sit up and listen. I finished the final page a little (lot) nonplussed by the whole experience.

Journalist Dymphna Nugent contributes book reviews to the Waterford News & Star, the Irish Examiner, and blogs at The Book Nook on Facebook

Location revealed of next series of I’m A Celebrity… Get Me Out Of Here!