Well Said: Peter Mulryan on his spirited change of pace 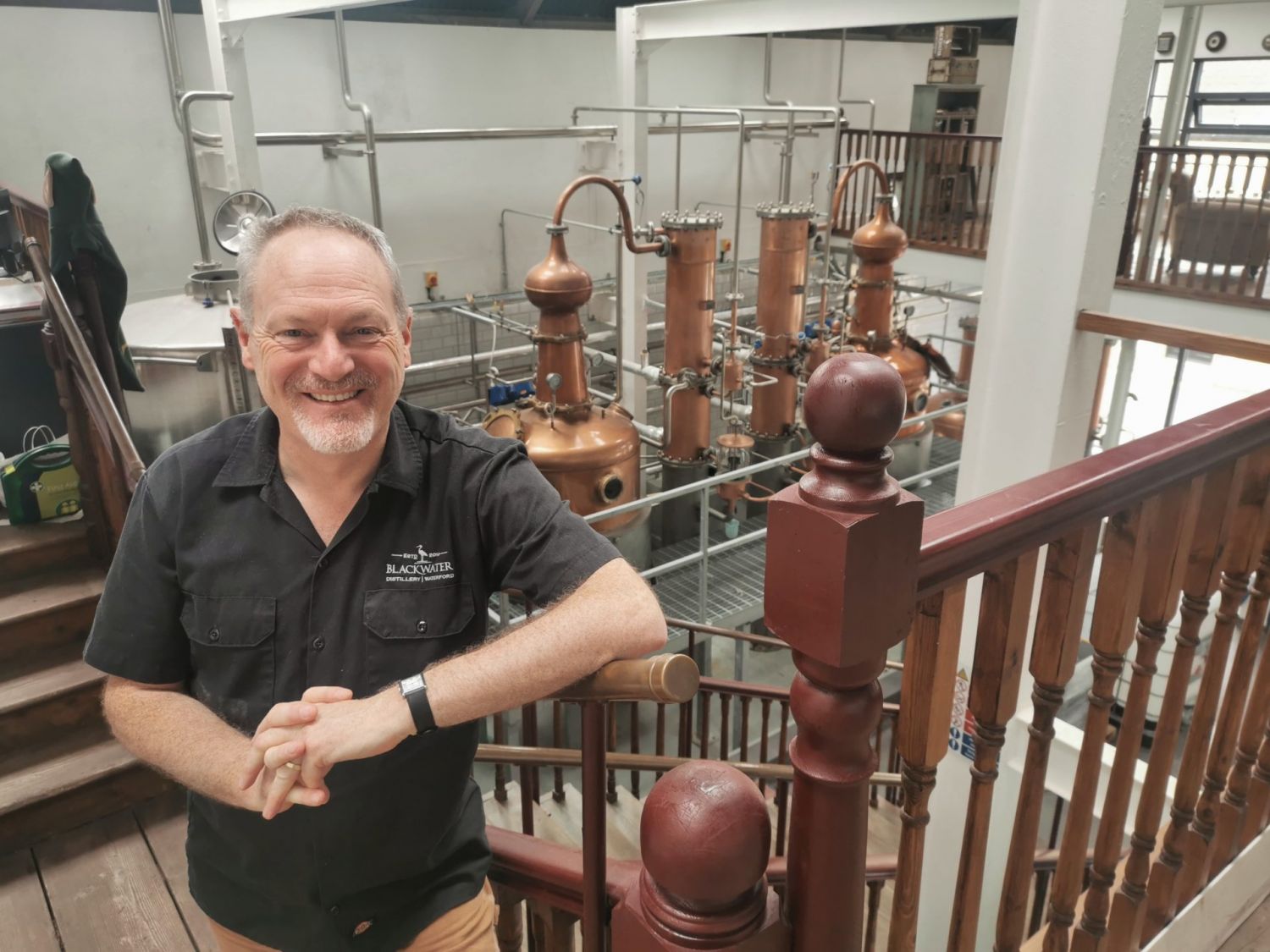 Happy in his work: Peter Mulryan, the Chief Executive Officer of Blackwater Distillery pictured in Ballyduff Upper on Tuesday, June 6.

It’s a Tuesday afternoon  in Ballyduff Upper and all is stunningly quiet. It’s just shy of 2pm when I emerge from my car and I suspect it was probably just as still here 12 hours previously, just beyond both the village’s Catholic Church and the glorious River Blackwater.

Within a few seconds, as I walk past the old National School dated 1902, a fiddler comes into earshot, unexpectedly and delightfully breaking the silence.

On the floor of Blackwater Distillery, head distiller John Wilcox is happily playing “The Boys of Bluehill”, a hornpipe my eldest sister magnificently played on her tin whistle when we were much younger.

John directs me upstairs inside the beautifully refurbished 1950s hardware store to founder and Chief Executive Peter Mulryan, who pours me a cuppa and we get talking.

“I was born in Dublin but my parents met in Waterford,” Peter began. “My dad, Donal, was working in Keily’s Brewery (on the corner of New Street, Newgate Street and Stephen’s Street) when he met my mother Nora (nee Cox). He was a chemical engineer – a Galwayman – and when he left college, he was offered a job in Keily’s back in the late 1950s. And this only came up after he died, that he’d worked in a brewery – I hadn’t a clue about that. But he came to Waterford and that’s where he met my mum – she was a primary school teacher, originally from Mitchelstown – and they met through the Amateur Dramatic Society in Waterford.

“After we launched (Blackwater Distillery in 2014) and publicised it in the local papers, a man rang me and said he knew my dad from his time in Keily’s and said he’d like to talk to me about that time. But, typical Peter, I wrote that man’s name and number down on a bit of paper and I lost it. I’ve been kicking myself about it ever since. My mam said it to me after he’d died that he’d worked there but I’d no idea of this all the time he’d been alive. He’d died just before we set this up but in the context of what I’m doing now and to only finding out about Dad working in a brewery after he’d died, it’s a little bizarre.”

Educated in Dublin, graduating in Communication Studies at DCU, Peter presented some children’s television shows on RTE “for a short while” before crossing the Irish Sea (in 1987/88) when he moved into production.

“I started working as a researcher on ‘Channel 4 Daily’, the breakfast show at the time, then I directed and went from gig to gig after that and ultimately ended up working on TV (including the BBC) and in the media for 30 years; it’s a long time. I was a child when I started, of course!”

Peter’s career course correction was borne out of “the natural end” of his patience with changes in TV production norms (“radio with pictures just isn’t television”) when he began to consider the business of liquor.

“The whole area had been something of a hobby to me,” he said. “I used to write as a part-time spirits journalist, then I wrote a few books about whiskey (including ‘The Whiskeys of Ireland’) and was contributing to magazines long before whiskey became fashionable so I’d had a long-standing interest in this side of things before I really got stuck into it. Having worked for the BBC in Scotland, where they have a very different attitude to whiskey, they’re much prouder of it, that was hugely informative – it really got me fired up about moving in this particular direction.”

And the transition from television to the distilling businesses was akin to the ‘lightbulb’ moment frequently portrayed in cartoons, Peter admitted. “That’s exactly what happened! I was talking to Tom Doorley (the well-known food writer and critic) in 2013, if memory serves me correctly, when he said to me: ‘Do you know what Ireland needs? A really, really good craft gin.’ And as soon as he said it, I said to myself ‘Bing! That sounds like a good idea.’ And like everything in life, while it’s never just down to one moment, in retrospect it was like there was a line of dominoes in place and then one happily took down the next one and then the next one and here we are today – and it’s been hugely enjoyable.”

Co-founding the business with his wife Caroline Senior (they’re parents of Daniel (11) while Peter is also father of Isaac (15) and Tadhg (18)), Blackwater Gin truly hit the commercial ground running.

“Caroline sourced the map of the Blackwater for the bottle, it was designed by Passion for Creative in Waterford city and the labels are printed by EC Labels in Waterford. We really tried to do whatever we could to keep all that we were doing primarily in the county and that’s always been our policy. It took me six months to develop the gin and by the end of our first summer we’d won a couple of big awards – and that made us, really – a lot of moving parts came together for us.”

What would Peter’s dad make of all this, I wonder? “Oh, I think he’d be thrilled,” Peter replied. “There are times when we stand here and spare ourselves the time to think that we’ve done all this ourselves and we’ve done it all without a backer or a big multinational. It’s all been done on debt – but we’ve done it.

“It’s good fun, we like what we do, we’ve got a really good bunch working for us – they’re gold, to be honest. So far, we’ve been successful, we’ll be selling our own whiskey in 18 months, and in the meantime, we hope we can keep this drum beating.” 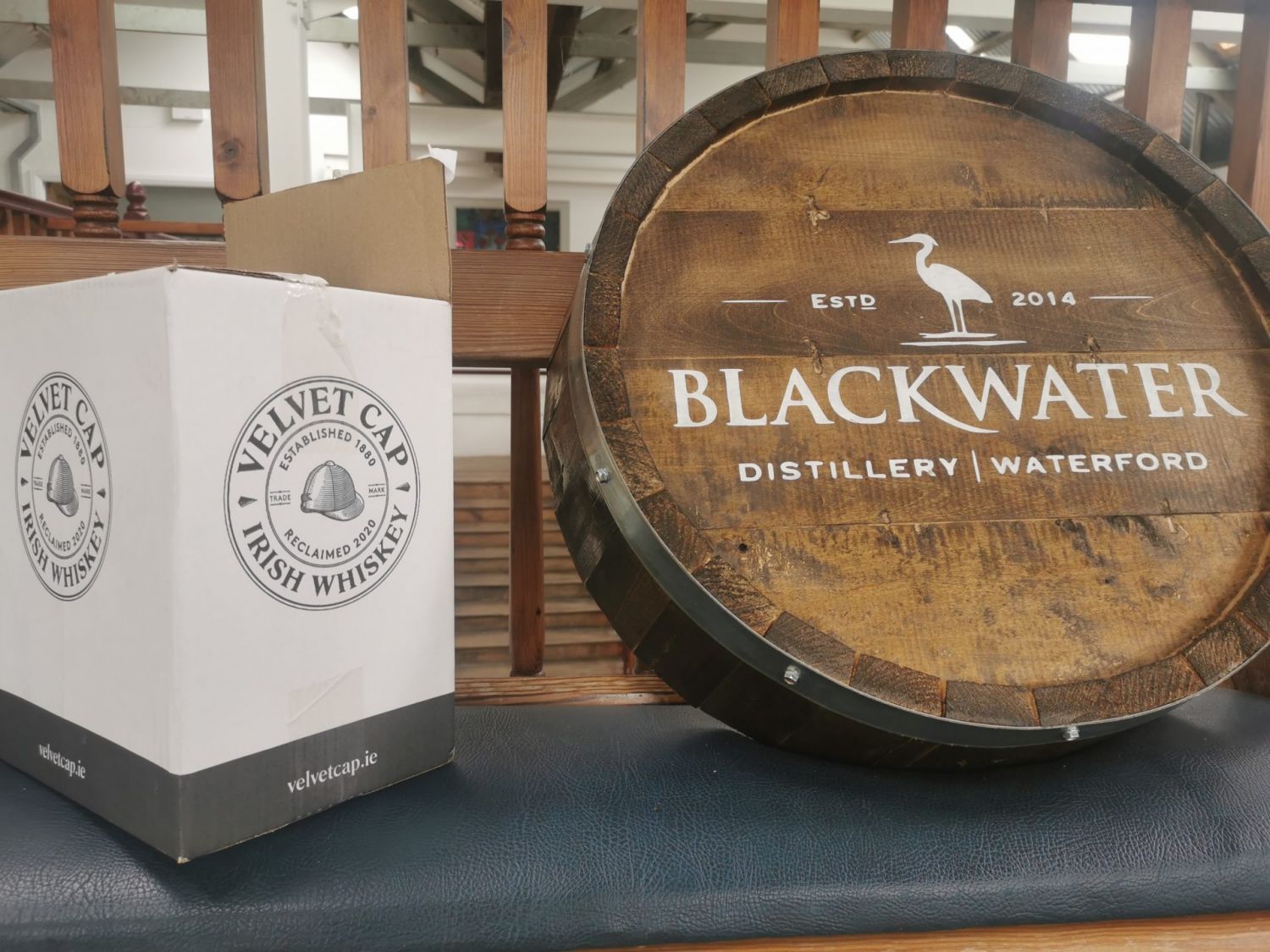