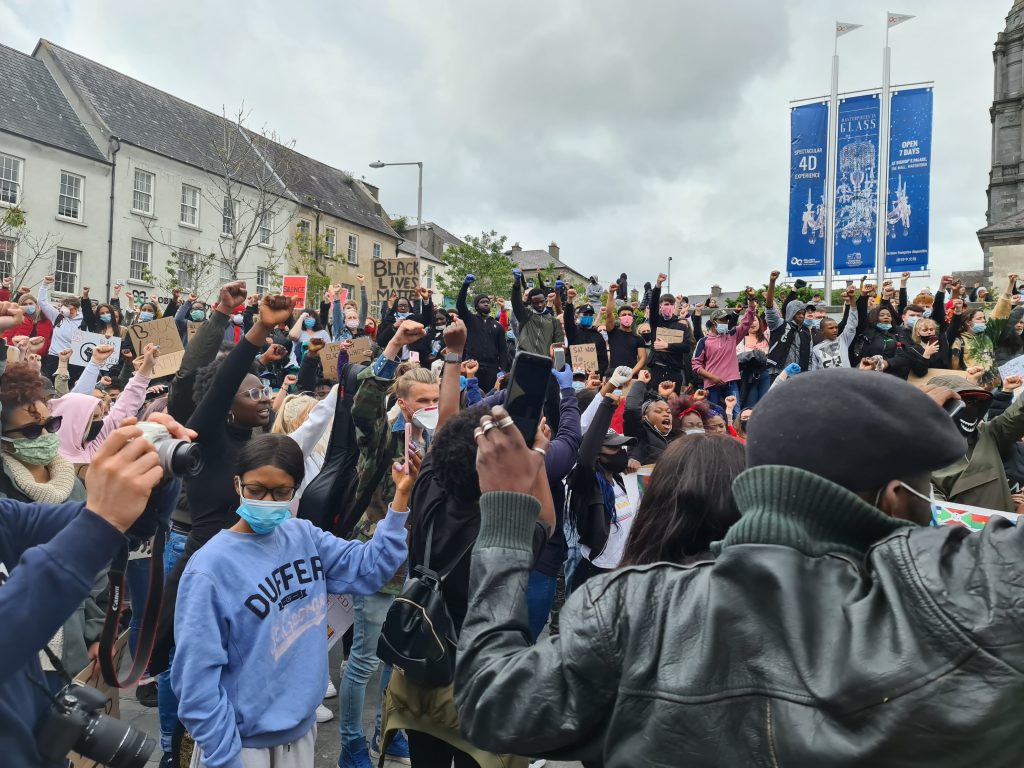 THE murder of George Floyd while in police custody has sparked waves of protest throughout the world. So many decent people everywhere are outraged not just at the brutal murder but at the institutionalised racism that led to this violent loss of life. He wasn’t just murdered by a rogue police officer but he was the legacy of racism inherent in so much of American life. In his outstanding sermon, supporting Black Lives Matter, Cardinal Sean O’Malley proclaimed that Mr. Floyd was murdered by those who turn their backs on racial violence, by those who teach their children to be prejudiced, by those who refuse to speak out about the evil of racism.

Renowned black theologian James Cone has time and again alerted us to the insidious nature of racism. It is not just racially pejorative beliefs or prejudice of individuals that are expressed in actions such as hate speech or other forms of denigration. Cone talks about an “ethos” of racism: “[White racism in America] is a part of the spirit of the age, the ethos of the culture, so embedded in the social, economic, and political structure that white society is incapable of knowing its destructive nature.”

Racist attitudes can easily seep into our thinking as they are ingested from the social structures around us, ingrained by years of unexamined and unconscious acceptance. Discrimination against people of colour, whether it be expressed through police brutality or housing policy or lack of job opportunities, is never questioned as it is taken for granted. I have had direct experience of this during trips to the US to visit family and friends.

‘They are so enmeshed in the system of direct provision that they are unaware they are colluding in racism.’

We are not immune from systemic racism in Ireland nor from its perfidious influence on our behaviour and attitudes. I will take just two examples. I am sure that the people who own and run the direct provision centres are upright and decent people. They would probably be appalled if they were accused of racism. Yet they are managing and thus supporting one of the most degrading, dehumanising and racist institutions in our country. They are so enmeshed in the system of direct provision that they are unaware they are colluding in racism.

No doubt Peter Casey, who contested the presidential election, would not regard himself as in any way racist. Neither would the people who voted for Casey. Yet a dispassionate analysis of his election campaign would surely conclude that the racist card was played shamelessly in the course of the campaign. Because racism is so ingrained in our ethos it is difficult to recognise it and identify it as such.

Indeed the Christian faith has been and still is appropriated to justify white supremacy. Consider the outrageous action by President Trump brandishing the Bible in front of St John’s Episcopal Church in Washington during the Black Lives Matter protests against police brutality after the murder of George Floyd. It was an egregious attempt to appropriate the Christian God, the God of Jesus Christ, to pander to his fundamentalist support base. The message was loud and clear. God is on our side, the side of law and order and control. The action of protesters, who were dispersed by tear gas or pepper spray (I’m not sure which) to clear the way for the presidential procession to the church, was implicitly being denigrated as anti-Christian, un-Christ like.

James Cone has repeatedly condemned such distorted portrayals of the Christian God. “My people were enslaved, lynched, and ghettoized in the name of God and country because of their colour,” he cries. White supremacists, including extremists such as the Ku Klux Klan with their burning crosses, have repeatedly manipulated an image of the God of Jesus Christ to legitimise their doctrine of the racial superiority of white folk. The Dutch Reformed Church (the national church of Afrikaans) gave theological support to the apartheid regime in South Africa now thankfully ended. Church leaders claimed that “Scripture recorded and presupposed the division of humanity in races and nations as a deed of God… God therefore graced those who obeyed this apartheid.”

God is hereby portrayed as a monarch (male and white) in celestial grandeur, thus justifying monarchical rule on earth. This is expressed in different forms whether by dominance of one race over another or indeed one sex over another. Such portrayals of the Christian God are truly idolatrous and do not reflect the God revealed in the Gospels as a community of three, Father, Son and Spirit. It is a communion of life in which there is no superiority, no dominance, no segregation, and no monarchy.

Christians throughout the world celebrated the Feast of the Holy Trinity on the weekend after Trump’s abhorrent gesture of Bible brandishing (June 7). This is the central doctrine of Christian faith, expressing as it does our faith in the one God whose presence with us is experienced in Christ and through the Holy Spirit. This is the God of Jesus Christ, the God who shares communion of life as Creator, Word and Spirit and invites us to participate in that life.

St Irenaeus imaged Christ and the Spirit as the hands of God reaching out to us, inviting us into communion of life with one another and with God. Living authentic Christian lives means to live in communion as equals, respecting each other in our difference. The primacy of one over another gives way to the primacy of communion among equals.

Racism thus has to be abhorrent to the Christian and must be radically opposed in all its forms, particularly systemic and institutionalised racism.

We are all diminished by racism, white and black, as acclaimed black novelist James Baldwin pointed out.