Phoenix: The not so friendly PFG 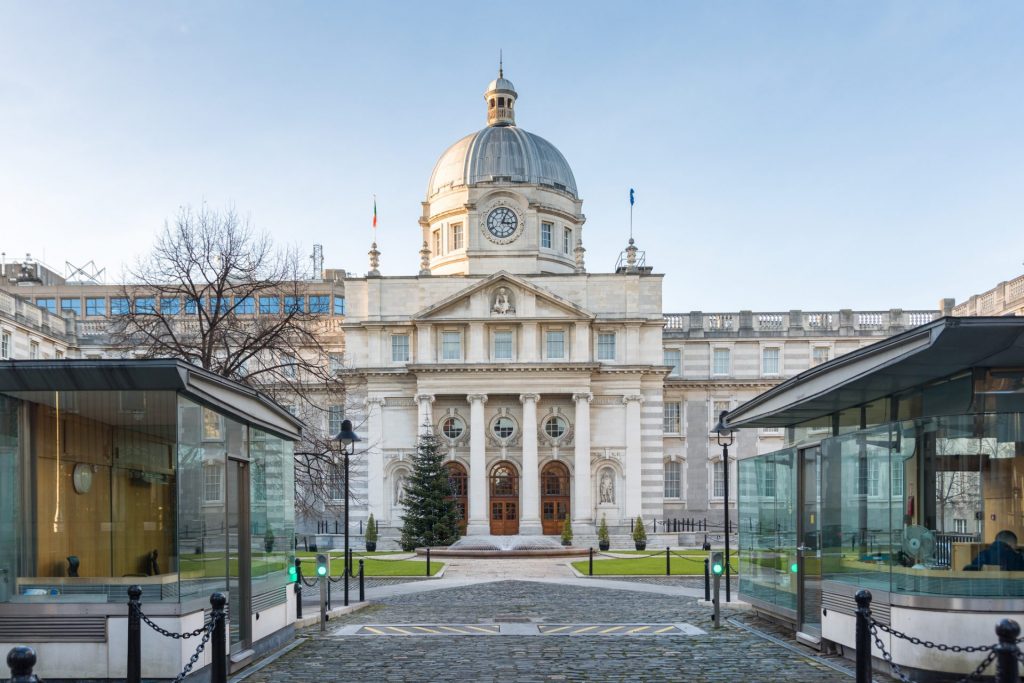 THIS is not like Roald Dahl’s BFG, his Big Friendly Giant. This is Cork, a city that has added the word langer to our vocabulary, a word necessary to decode the 49,195 words in the 139 pages of the Programme For Government. Langer is a term of endearment in Cork for a contemptible person. Get used to the term. If this Government gets airborne a shower of langers from Cork South Central will be going through Waterford with a scythe.

The PFG is a clear and silent promise made to the people of Waterford and the South East. You will continue not to matter, we do not care. Continue to die in ambulances on the bohreen to Cork, continue to have the highest unemployment rate, lowest incomes, and watch your young people evacuate the region in droves, year on year, every year!

Based on the PFG, this Government is shaping up to be vastly worse than the last one. We will look back longingly to the golden era of Coffey, Conway, Deasy and Halligan in 2011 when the country was bankrupt. At least back then, Waterford was stuffed along with the rest of the country. But now on the verge of a spree where massive amounts of tax payers’ money and borrowings is about to be spent to stimulate the economy, Waterford is left on the sidelines. In the greatest spend-a-thon in Irish history, there is literally nothing of note for Waterford in this Programme For Government.

‘Continue to die in ambulances on the bohreen to Cork, continue to have the highest unemployment rate, lowest incomes, and watch your young people evacuate the region in droves, year on year, every year’

The PFG has detailed commitments to spend significant sums of money in every other region of Ireland. Even the dank midlands and dangerous border counties get a slice of taxpayer pie. For the South East, there is only muttering. An underfunded Technological University designed by politicians to fail on arrival, and a Cath Lab and Greenway extension that have already been promised over and over again. The North Quays, Port and Airport do not exist. As in the past, we are now left with “party first” TDs, Mary and Marc who will hold open our pockets, while the Cork mafia steal our dinner money. The coming months will show if Marc and Mary have their good names buried with Coffey, Conway, Deasy the elder and the younger, Swift, Gallagher, Ormond, Halligan, Collins, Kenneally the elder and the younger, and O’Shea.

Failure is the tragic default option for Waterford TDs. Marc O’Cathasaigh won his seat with the promise to “demand that key services are made available in Waterford, from 24/7 Cardiac Care to Mental Health Services in University Hospital, Waterford, to securing University status for WIT and the delivery of the North Quays Project”. So it was a bit of a shock when he came back to Waterford after five weeks of literally being in the room negotiating the Programme For Government, with nothing ticked off the list. In his inexperience, did he forget that all politics are local? In future will Marc O’Cathasaigh be an adjective for saying one thing and doing another and become our very own langer?

Mary ‘Waterford first’ Butler was cute enough to say nothing specific in the election, but cannot escape her photograph, foolishly standing in front of the hospital with a 24/7 sign. With nothing to show for blind loyalty to her Cork overlord, she well may be studying the John Deasy playbook for her next move.

A political revolution has finally happened. Men whose grandfathers fought “for and agin” the treaty in the ditches and byways almost a century ago have finally buried the hatchet. We lived to see miracles such as grown men marrying each other, the invention of black plastic wrap for hay bales and the final large bottle of Phoenix from the shelf being drunk in Waterford before they put their animosity beyond use. Cherry’s brewery is now a distillery. The world has been upended.

The second and third Irish peace processes are now under way, Cork and Dublin, FF and FG. Of course, this is not a traditional love match, it was more like a civil service to get citizenship. Both parties are ruins of their former selves. Fianna Fáil, the most successful political movement in Europe was barricaded into Cork for their remarkable last stand in 2011. In nine years Fine Gael has whittled 76 seats down to 35. Both parties are husks of their former selves, only the most ruthless survived. Most are now family businesses, seats carefully handed down from father to son.

It appears they gathered together to do us in. The axis of Ireland has also swung south. Vortex Dublin of the last two Governments has a new regional counterbalance of Cork South Central. Mega projects like the Dublin Children’s hospital, Grangegorman, Bus Connect, Metrolink and the new runway in Dublin airport gobble billions for the 29% of Irish people who live in Dublin. The country called for regional balance, and the lads from Cork South Central, Martin, Coveney and McGrath understand that to mean that Cork South Central is to suck up everything not nailed down. There was a Waterford man in the room, an idealistic young school teacher, who, like Mary Butler, looks like he’s about to be John Deasyed.

On one level the PFG aspires to “Develop the cities of Cork, Waterford, Limerick and Galway as viable alternatives to Dublin and use Project Ireland 2040 to help regional towns prosper.” It is hard to be sanguine. Waterford city cannot compete even with Cork, Limerick or Galway. The investment and jobs that have gone to these cities in recent years has been phenomenal. More investment in the PFG simply adds to their attractiveness. New investment in Waterford would simply stabilise it. The great diktat of the Greens used to be “Think globally and act locally”. Implemented Green policy would see a university and appropriate medical facilities established in Waterford to service the South East region. This would completely underpin current Green aspirations. Ending long commutes, locally based services and local access to medical and educational services to allow people develop the local economy they need. One stand out item on the PFG for Waterford, such as full university designation or specific commitment to develop and resource UHW as a Model 4 hospital, would have changed the whole paradigm.

In the months before Christmas 2019, the Cork mafia raided the penny bank at the Dept. of Education and €28m in blue sky funding fell on Cork IT. I would remind you all that not a cent has been spent in the past decade on WIT teaching space. It has been systematically suppressed by government, while Carlow IT has been bigged up with FG investment. €28m to WIT would have allowed it to buy the Waterford Glass site and redevelop the fine office building on that site. It would be a natural fit for WIT in any future university development. Instead we are left with a PFG aspiration to, “Continue to roll out the development of the Technological University model with a particular focus on establishing the TUSE.” Even the Independent education correspondent John Walshe is now saying, “Government is busy creating universities but the South East is still lumbering behind.”

Meanwhile, the Northern and Western Regional Assembly, which brings together local authorities across the west and border area, says Government needs to “positively discriminate in favour of their region”. Their strategy includes a Metropolitan plan for Galway city, so it can cater for a projected population increase of 30,000 by 2032.That will see it top 100,000 people.

It’s very tempting to ask where we’ll be by the same date if our young people continue to flood out of the region as they have done in recent years. Green politics have a clear place in ensuring equitable, balanced and sustainable regional development. It remains to be seen what the present PFG will bring us in that context.