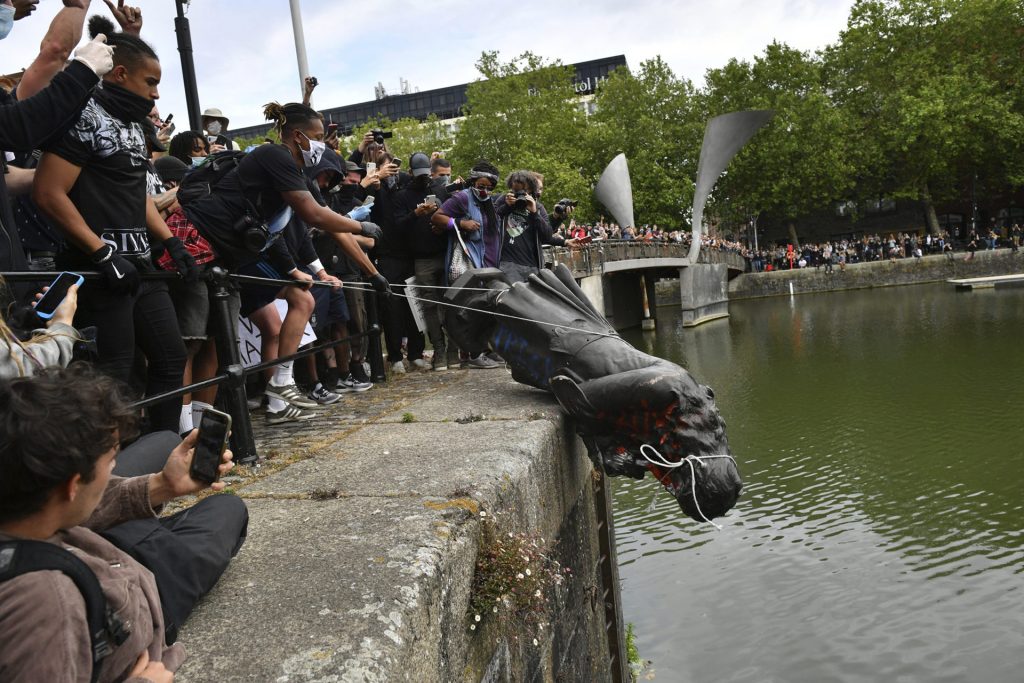 “THE past is another country,” repeats Dr. Eugene Broderick continuously throughout his award-winning Waterford Museum of Treasures talks, “they do things differently there.”

Revisiting the past with the values of the present is never a good idea and the current fashion of tearing down or defacing statues fills me with alarm. Recent images of Taliban extremists destroying 6th century Buddhas in the Bamayan Valley, the 3rd century Roman temple in Palmya, Syria, the 3rd Century BC city of Hatra, museums and libraries from Mosul to Timbuktu etc. etc should be enough to convince us that we live in dangerous times where popular opinion frequently drives decision-making.

The desire to chase the past down to a space where it could be claimed that it never existed is the basic premise of George Orwell’s dystopian novel of caution ‘1984’. So powerful was Orwell’s novel that the term ‘Orwellian’ has entered the language and has come to mean official deception, secret surveillance, brazenly misleading terminology, and the manipulation of recorded history by a totalitarian or authoritarian state.

‘If we’re to tear down the statues of historical figures because some aspects of their lives were, without question, objectionable how will we then learn the lessons of history?’

Today’s problem is the denial of free speech by the hounding of anyone who expresses an opinion that doesn’t sit with those weaponised by social media. So much for “I disagree fundamentally with your opinion but I respect your right to express it”!

The recent experience of Brexit where opportunists and populists – along with the election of Donald Trump – carried the day through force of numbers rather than the force of reasoned argument. Free speech, however, is a right that is not in the gift of others and the use of online attacks that can end careers is something to be feared.

If we’re to tear down the statues of historical figures because some aspects of their lives were, without question, objectionable how will we then learn the lessons of history? Joining the dots between philanthropist and slave-trader Edward Colston and the recent BLM protests was easy but what about the behaviour of our Republican leaders Michael Collins, Eamon DeValera, WT Cosgrave, Wolfe Tone. Seeking justice or morality from the past is pointless. Charles II had Cromwell’s body exhumed for a posthumous execution at Tyburn in 1661 for the reigicide of his father and his body left hanging “from morning till four in the afternoon” before being cut down and beheaded. The head was then placed on a 20-foot spike above Westminster Hall (the location of the trial of Charles I) and left there until 1703. I don’t think it upset Oliver too much, however, and the emptiness of the post-death execution was obvious to all.

Hugely respected tennis star, Arthur Ashe, had his statue defaced by a white supremacist last week who had nothing against Ashe but wanted to graffiti his point that “white lives matter” in reaction to the current and justifiable outrage against the murder of George Floyd. The pointlessness of the gesture defies logic as does the frequent vandalising of Phil Lynott’s statue off Grafton St.

Logic, however, does not sit as an easy bedfellow with populism in a world where opinions seem to matter more than facts. Populism means never having to say you’re sorry. Or wrong. You just change the subject. “Facts,” to quote writer Conor Skehan, “are the enemy of opinion because new facts require new opinions. We can travel to the moon on facts but opinions take us nowhere.” Burning pictures, tearing down statues and defacing monuments and banning ‘Gone With The Wind’ and ‘Fawlty Towers’ will never substitute for an understanding of just what exactly went on in the past. In fact, the whole point of Fawlty Towers is to hold Basil’s chauvinism, racism and misogyny up to ridicule. Context is everything.

Destroying history leaves us at the mercy of current would-be censors motivated by agendas. Preserving – and not destroying the past – empowers us. Holding onto concentration camps such as Auschwitz, the Jewish quarter in Prague, the killing fields in Cambodia, the records of the Inquisition are all massively important because they enable us to hold the past up to scrutiny so that we never repeat it.

Hitler burned books, the Taliban tore down statues, Stalin re-wrote history, Trump demonises opponents and Twitter ends careers. What had they all got in common? Populism.