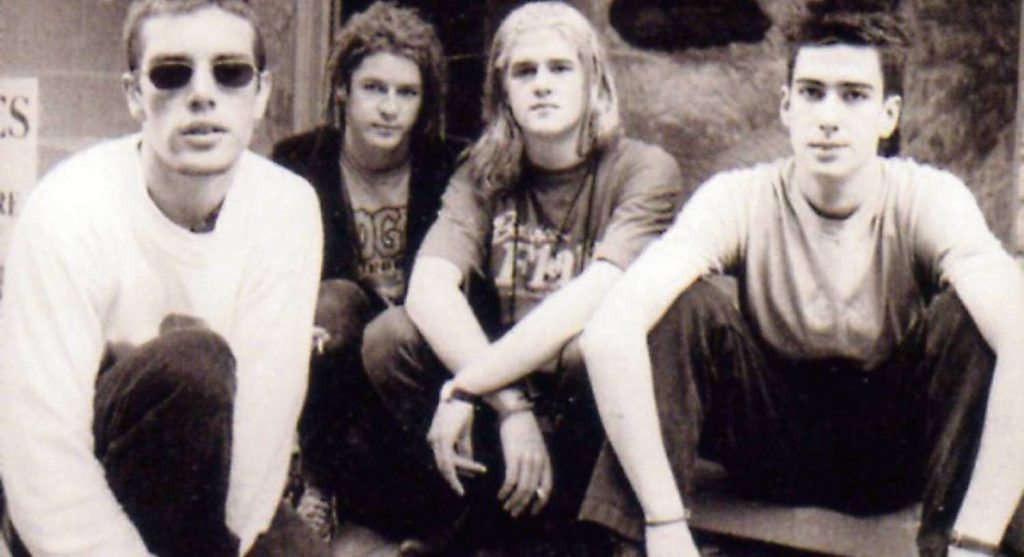 ‘Lambent Eyes’ is out now on FIFA Records

Cork’s Emperor of Ice Cream have returned from a lengthy hiatus with a track that has shot to Number One on the Irish iTunes this week. ‘Lambent Eyes’ is a gorgeous, hazy re-introduction to the band’s long-awaited debut album, originally set for release on Sony Records in the summer of 1995, due out on FIFA Records on Friday, August 1.

Emperor of Ice Cream (named after the novel by author Brian Moore) quickly became the toast of Irish indie music in the early nineties when, after a clamour for their signature, they were whisked away to London from Cork by Sony Records to tour and record their first album, following a trail blazed by fellow Corkonians Sultans of Ping and The Frank & Walters.

‘For almost unfathomable reasons, the debut album never saw the light of day and the band returned to Cork, having burned very brightly, with its fires quenched’

Fledgling riotous performances and early demos had piqued the interest of several record labels, but Sony pipped them all to the post with a promising development deal, and the lure of London captured the imagination of the four young band members – John ‘Haggis’ Hegarty, Graham Finn, Eddie Butt and Colum Young. It resulted in three extremely well-received EPs (‘Overflow’, ‘William’ and ‘Know Me’) and recordings began with ‘Fast’ Eddie Clarke of metal legends Motörhead.

The rest, as they say, is history . . . For almost unfathomable reasons, the debut album never saw the light of day and the band returned to Cork, having burned very brightly, with its fires quenched. The four band members went their separate ways and expectant fans never got the opportunity to listen to a collection of songs that had been filling venues across the UK and Ireland, yet never committed to tape or vinyl.

“Apart from a few heads in Cork who might have heard demos back in the day, it will be the first time these songs have been heard by most people and I think, at least with us in the band, it’s about time we got them out there,” says Haggis. “It’s been great reconnecting with the lads to bring this together and it’s a nice feeling to finally put a ribbon on something we worked hard at, but never saw it come to fruition.”

‘Lambent Eyes’ is the first taster of this soon-to-be-discovered lost gem of Irish music, set for release at the beginning of July.

View from the Green Room: Socially distanced countdown is a Déise winner