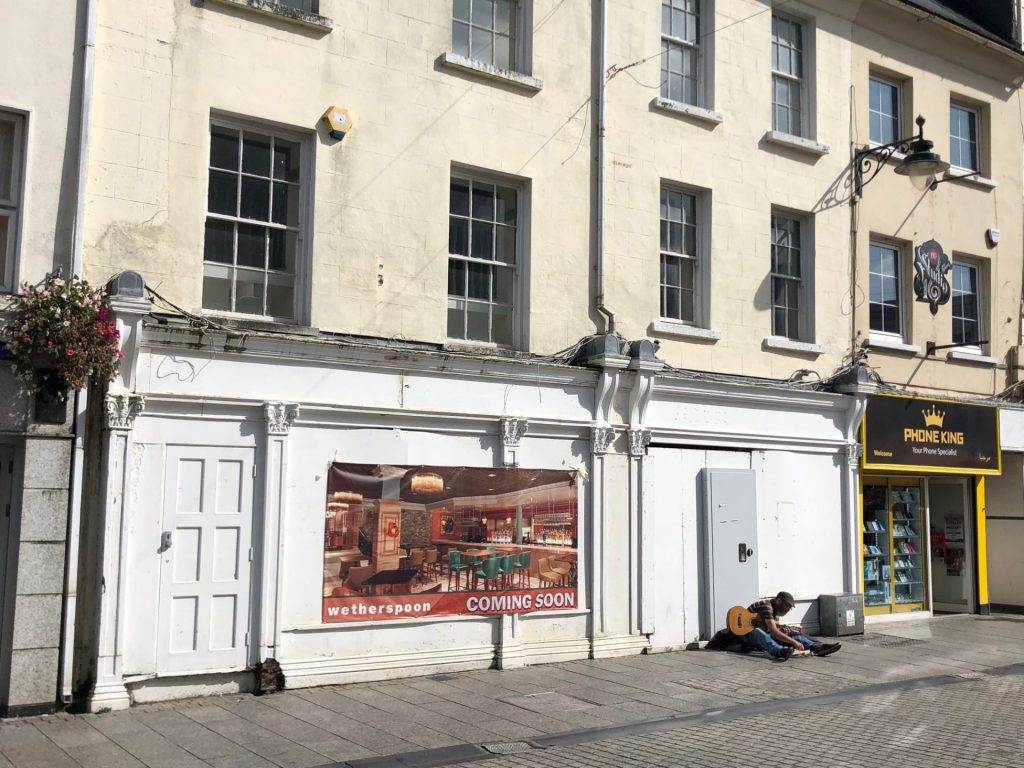 The front entrance of the Wetherspoon’s site on Broad Street

THE long running saga of JD Wetherspoon’s Waterford venture is going to run on a bit longer as the group confirmed to the Waterford News & Star today (June 25) that they “wouldn’t be developing any new pubs for the next 12 months – including Waterford.”

The pub giant purchased a property on Broad Street/Arundel Square over five years ago and their plan had to been to start building the €2.5m development in May of last year. The venue, which has a number of names under consideration such as “The Arundel Gate”, “The Clay Bank” and “The City Wall” has planning permission from Waterford Council and will employ over 60 people whenever it is eventually built.