A Saturday to remember for Tramore’s Debbie Flavin 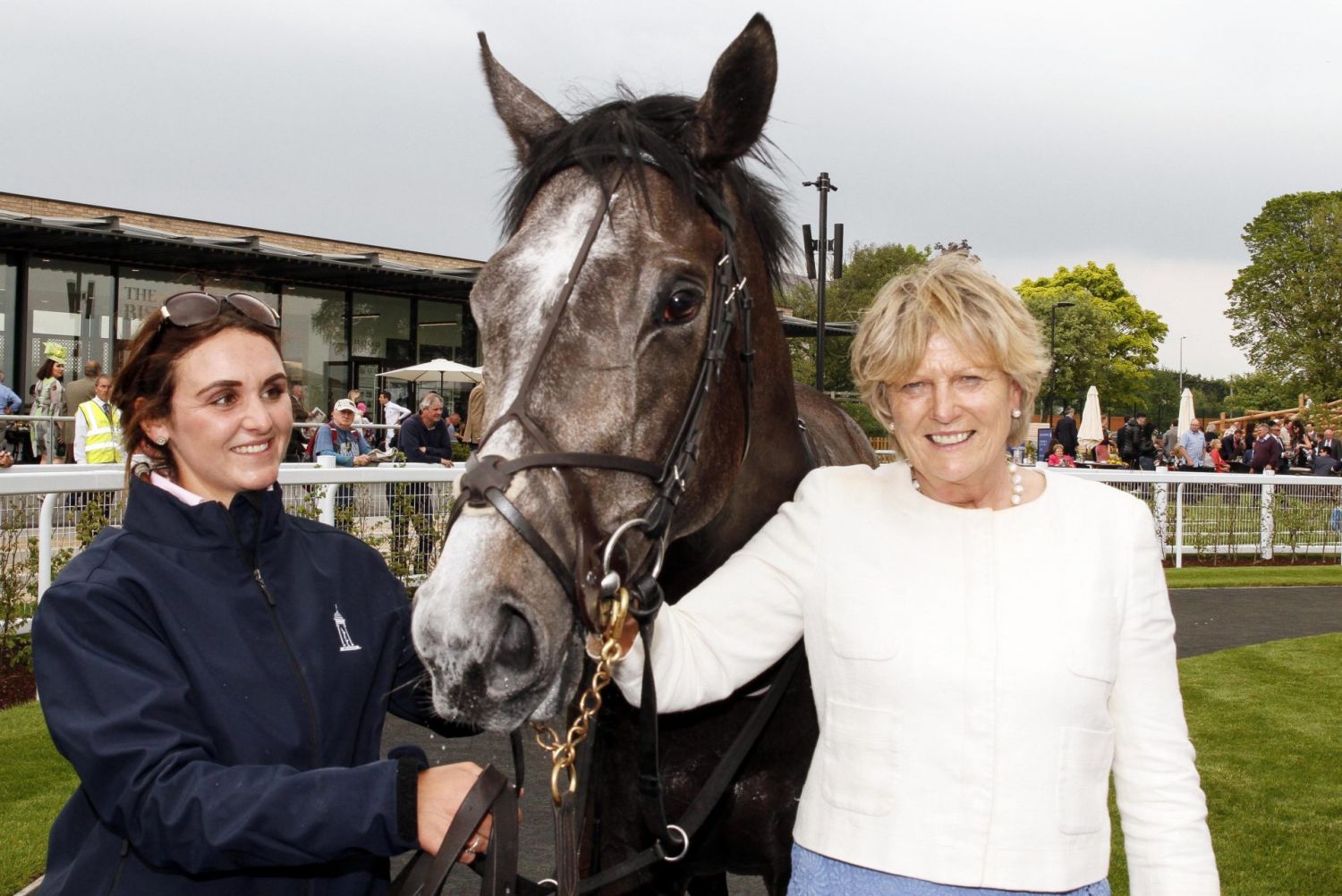 Debbie Flavin from Tramore (left) who works for trainer Jessica Harrington (right) had a Saturday afternoon to remember. She looks after Sussex Garden who scored at Naas while another horse in her care Alpine Star captured the prestigious Group 1 Coronation Stakes at Royal Ascot under Frankie Dettori.

INSIDE THE WORLD OF HORSE RACING

Local Winners
Henry de Bromhead hit the target at Gowran Park with 100/30 chance Hurricane Cliff.
Tom Queally steered 40/1 outsider Assessment to victory at Kempton Park.
Debbie Flavin from Tramore who works for trainer Jessica Harrington had a Saturday afternoon to remember. She looks after Sussex Garden who scored at Naas while another horse in her care Alpine Star captured the prestigious Group 1 Coronation Stakes at Royal Ascot under Frankie Dettori.

Congratulations Frank
Congratulations to Waterford City man Frank Quinlan who is set to take the seat of John Cummins (elected to the Seanad) on Waterford City and County Council. Frank works for leading dual-purpose trainer Joseph O’Brien and is an accomplished marathon runner raising an amount of money for deserving causes.

Did You Know
Tim Easterby has 120 horses to go to war with while in form trainer Tom Clover has 35 horses in his yard.
Black type mare Crafty Madam trained by Ken Condon is in foal to Invincible Spirit who stands at the Irish National stud.
Peaceful was sire Galileo’s 85th Group 1 winner which is a world record. Deceased sire Danehill held the previous record.
Cork born UK based trainer David O’Meara has 140 horses in his care.
English trainer Ron Thompson who sent out two winners recently continues to ride out aged 81. His daughter Anneliese is professional greyhound trainer attached to Doncaster Greyhound Stadium.
Leanne Breen who sent out Parkers Hill to score at Naas is from Warrenpoint, Co Down and has 8 horses in training.
When Ray Cochrane stood down as Frankie Dettori’s agent many thought that the Italian born rider would look after his own bookings but it now seems that former weigh room colleague Willie Ryan is looking after Frankie’s rides.
Irish 2000 Guineas Siskin was Juddmonte Farms 26th homebred classic winner.
While she is primarily a jump jockey Rachael Blackmore has registered a flat success for the past four years and her latest win arrived on 28/1 outsider Oromo at Fairyhouse.
Prince Khalid Abdullah has sold the breeding rights to his Irish 2000 Guineas winner Siskin. The purchaser is unknown at this stage.
48-hour declarations are now in operation for flat racing in the UK.
Woodford General who scored on the opening day of the flat season for Monasterevin trainer Kieran Cotter has since been sold to continue his career in Hong Kong. Former jump jockey Kieran has 18 horses in his yard.
Peaceful who captured the Irish 1000 Guineas won her maiden at Thurles.
Having run with distinction in such countries as Saudi Arabia, UAE, Hong Kong, France, Australia, USA and the UK Magic Wand registered her first ever Irish success capturing a Group 2 contest on 1000 Guineas evening at the Curragh.
Royal Ascot took place behind closed doors for the first time in its history, but the world’s greatest flat race meeting still attracted huge global TV audiences with over 120 countries tuning in.
Gerry Keane father of top flat pilot Colin Keane has 12 horses in his mixed County Meath yard.
Dual purpose trainer Denis Hogan has 60 horses at his County Tipperary establishment.

Just The Ticket
In Britain if a trainer requests his horse to load late, he is given a ticket. If you have three tickets for the same horse your horse must pass a stalls test. No such rule exists in Ireland.

Lucy Calls It A Day
Scottish trainer Lucy Normile (48) has called it a day. A trainer for 20 years she struggled to make it pay in recent times.