Alan Reynolds has given his all to his hometown club 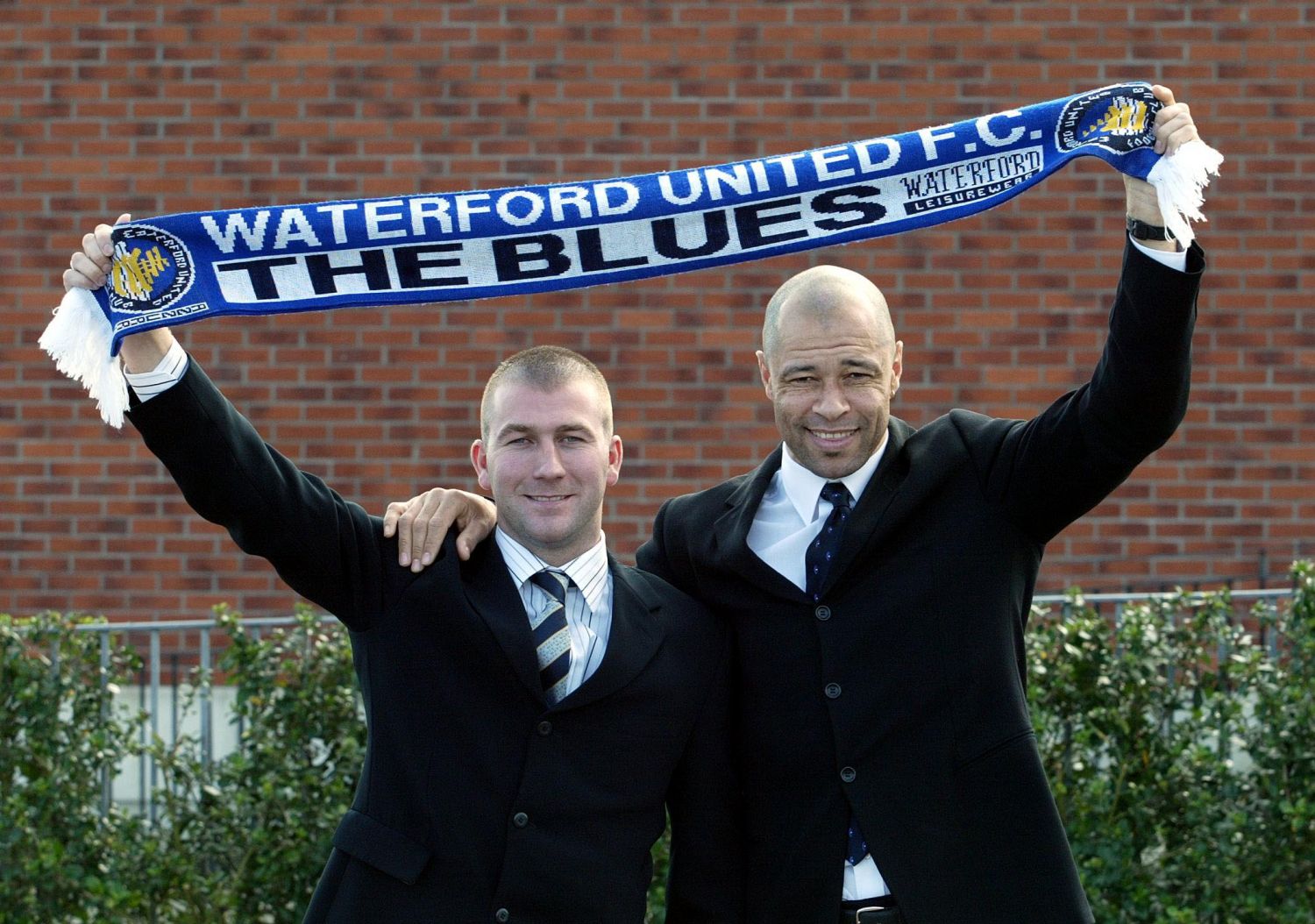 After playing locally with Tramore AFC, Alan Reynolds, who celebrated his 46th birthday on June 12, signed for Waterford United in 1991 when the Blues were managed by Alfie Hale where he made his debut in a 1-1 draw with Limerick City at Kilcohan Park.
Jimmy Brown scored the equalising goal for Waterford that day where Reynolds came on with 61 minutes on the clock in place of Paul Deveraux. He would go onto play ten seasons with the club before leaving for pastures new in 2001 after playing under his Tramore AFC clubman Paul Power.
He continued his playing career with Longford Town, Cork City, and Shamrock Rovers before having his first stint as Blues manager back in 2004 where the Tramore native replaced Jimmy McGeough as player/manager of the club with Paul McGrath appointed the Director of Football.

FIRST STINT AS MANAGER
Reynolds took charge of his first game in the 2004 season when the Blues defeated Drogheda United at the RSC on March 19 where goals from Willie Bruton and Vinny Sullivan in the final eight minutes gave his side a 2-1 win.
He would go onto lead the Blues to the FAI Cup Final that season at Lansdowne Road, but the Blues lost that game 2-1 against Longford Town having the led the game for so long thanks to Willie Bruton’s goal. It was a heartbreaking day in the capital after a gallant attempt to win the cup ended in defeat.
His final league game that season resulted in a 1-0 win over Derry City with Pat Purcell’s goal ensuring Waterford’s highest placed finish of fifth since Hale’s Blues’ managed the same fate back in 1988. It was a rough start to his managerial life the following season with Paul McGrath departing and the club struggling.
He played and managed his final game as Blues boss in a 2-0 league defeat against Finn Harps on June 18, 2005 where he was sent off. After moving to Shelbourne at that stage, he made a return to Waterford the following year as a player where he played under Gareth Cronin.
After leaving at the end of that season, he moved to Shamrock Rovers before retiring shortly afterwards from the League of Ireland before going into coaching and management. He acted as assistant manager to Stephen Kenny, Liam Buckley and John Caulfield at Derry City, St. Patrick’s Athletic and Cork City respectively. 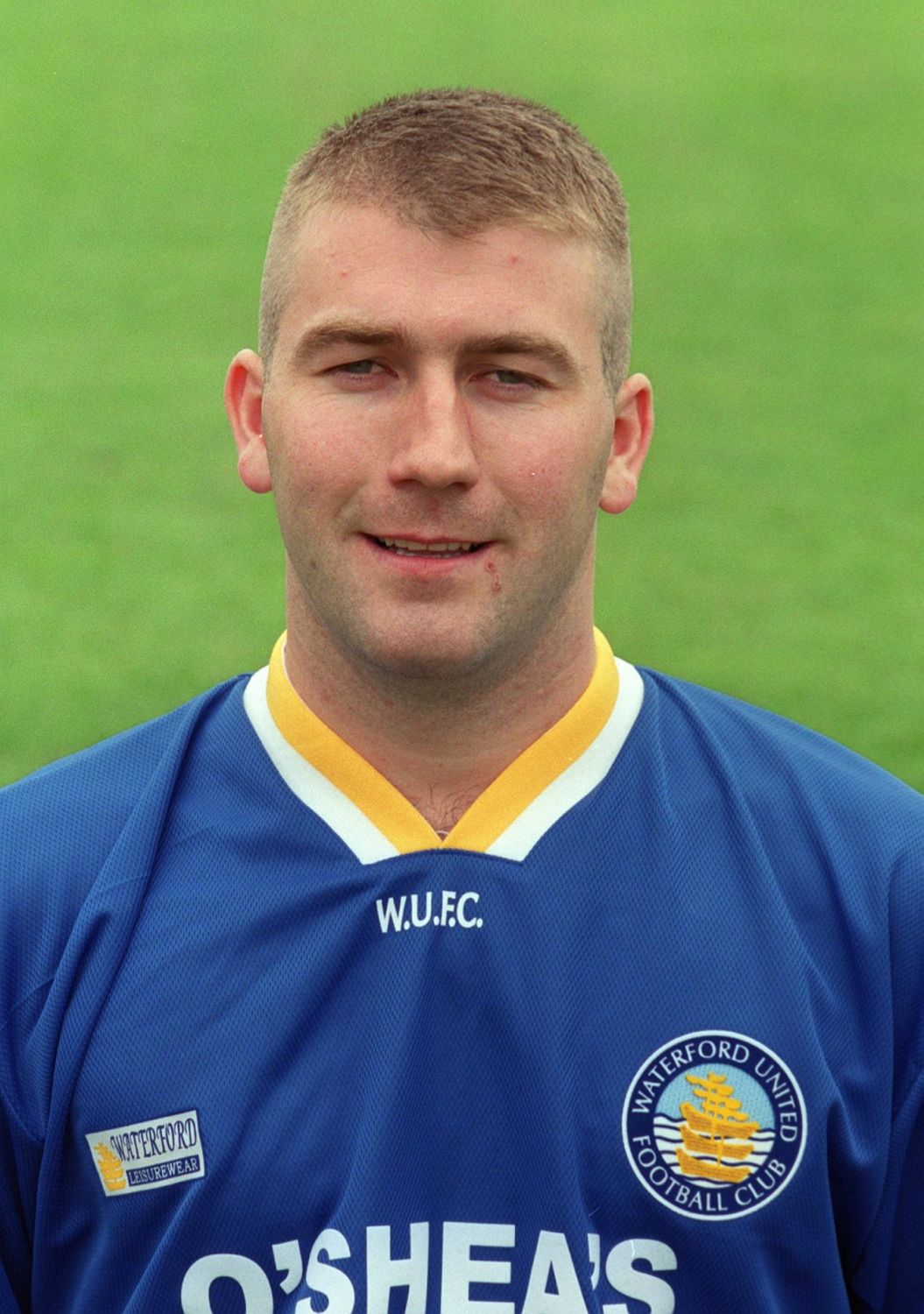 Alan Reynolds during his playing days with the Blues back in 1999.

A BLUES RETURN
Whilst employed as the FAI Development officer for Wicklow, he received special dispensation from the then CEO of the FAI John Delaney to take charge of the Blues. He was appointed manager of the club alongside Pat Fenlon in a Director of Football role on January 2, 2017.
His first game as a manager in the Premier League came against Derry City where goals from Gavan Holohan and Dean O’Halloran gave the Blues a perfect return to the top division in a 2-1 win. A fourth placed finish followed, and the Blues qualified for Europe which was ultimately a bittersweet moment.
After finishing sixth in the league in his second season despite hitting trouble along the way, his final game as Blues boss came on Friday, March 6, 2020, where a Shane Griffin goal gave Waterford FC a 2-1 win over Derry City in what proves to his and the Power’s final game in control of the Blues.
His record of games in this time read played 104 games, won 49, drew 20 and lost 35. The big question now is whether or not he’ll ever get the chance to write another interesting chapter in his Blues career to date, if not, it was definitely a rollercoaster ride. Waterford’s most successful manager in this era. No mean feat at all.