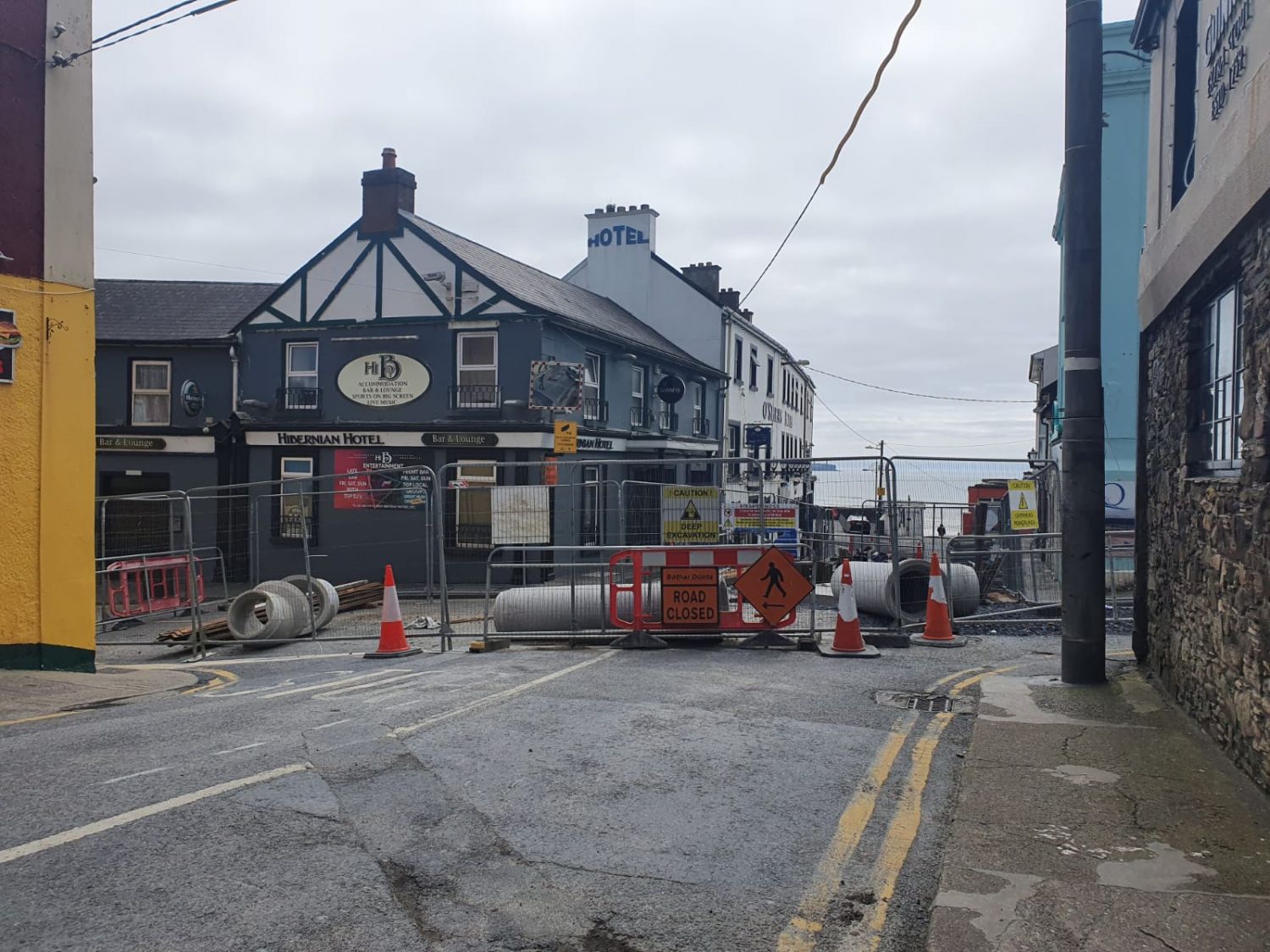 THE busy junction at the base of Gallwey’s Hill, Turkey Road and Lower Strand Street is set to re-open next Friday, July 3. The Public Realm Works which were due to continue until the end of the summer will effectively pause in that location until later in 2020 or early 2021 so that businesses have an opportunity to open.
Following the closure to facilitate the Public Realm Works, the road has been impassable with many local businesses severely impacted in the area.
These businesses feared disruption to their annual trade, which has already been seriously affected, with the installation of portable toilets for workers, and evidence of roadworks very obvious.
Cllr. Eamon Quinlan (FF) welcomed the announcement by Waterford Council and the positive benefits which will be brought to the area during tourism season.
‘I have been working with and been a downright nuisance to our economic development department over the past number of days, who I must say recognised the potential negative implications here.’
A hotel and a restaurant in this immediate area are ready to open their doors, which would have been a tremendous uphill climb if the works continued according to schedule.
Roadworks are due to move up Strand Street, however meaning that roadworks will continue in the vicinity of AIB Bank.
Traffic diversion measures are currently in place, with high volumes of seasonal traffic backing up along Upper Branch Road.