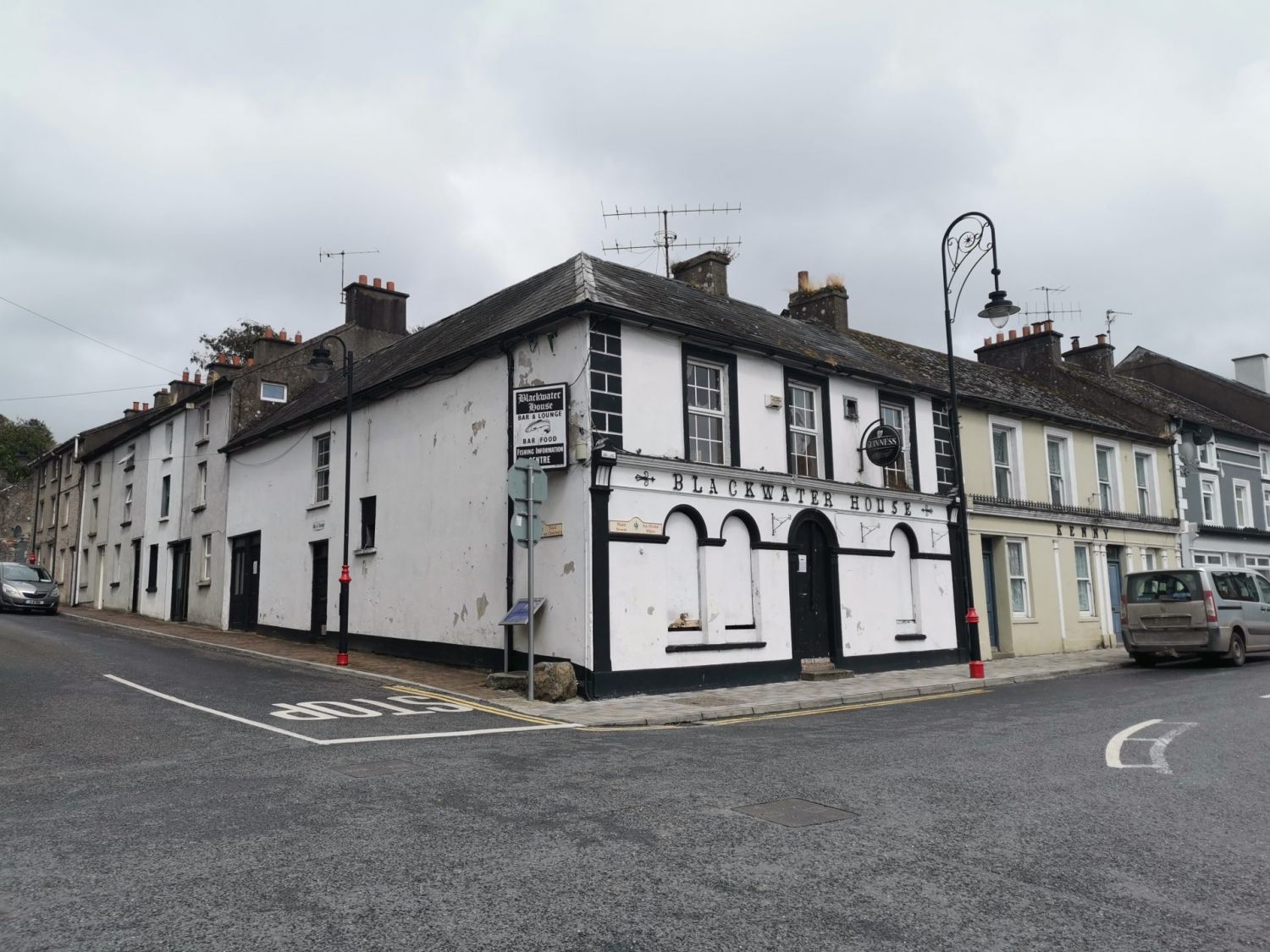 Cappoquin is to receive €1.2 million in Rural Regeneration and Development funding, monies which will “facilitate the commencement of the town’s regeneration programme”.

This fund will provide seed capital funding for the planning, design and preparation of large-scale projects in anticipation of further funding to facilitate the construction and delivery of projects.

“It goes to show what can be achieved when agencies and the community work collaboratively on a project,” he said.

The successful funding application (which is 75 per cent grant funded) will now permit the development of five “strands” that will bring several local projects to “shovel readiness and completion”.

This welcome development will bring several town centre properties “to a point where they are ready for refurbishment and conversion” while several buildings will be acquired for a pilot housing scheme.

A public realm scheme incorporating the town’s Main Street will be particularly welcome for businesses and residents in the locality while work on “improved connection from the town to the River Blackwater” will also be carried out.

In addition, the town is set for recreational hub status. This will include a blueway assessment, the design and Part 8 planning process for a ‘Railway Bridge walking loop’ and enabling works to facilitate a two-kilometre extension of the Glenshelane River Walk from the current trailhead into Cappoquin

Said new City & County Mayor Damien Geoghegan: “It is well recognised that a number of factors, including the closure of traditional businesses along with reduced residential demand in the town centre, have hit Cappoquin badly over the last few decades. This funding can now create an impetus for the local authority working in partnership with the local community in Cappoquin and with other local development agencies to turn the tide and to develop and deliver significant regeneration projects in Cappoquin town and surroundings.”

Cappoquin, with a population of 699 as recorded by the 2016 Census, is the largest semi-rural area in Waterford without a residing City & County Councillor.

As noted in our newspaper last September: “While efforts have been made by local voluntary bodies to soften the impact created by empty housing (such as the tribute to popular tailors and beekeepers, the late Thomas and Noel Lonergan), the lack of residential, let alone commercial activity, remains readily evident.”

Speaking to this newspaper, Emma O’Keeffe of Barron’s Coffee House stated: “We have a Community Council here at the moment and they’re doing great work. They’re responsible for restoring the corner building (opposite Blackwater House on Main Street) just up from us here which was only done this summer and they’re going to do the same for the Blackwater too.”

Aoife Hallahan of Barron’s added: “The Regeneration Company also built the new Community Centre, where there’s a fabulous crèche and a gym and there’s been several successful and really well supported concerts held there in the last few years, Nathan Carter (who drew a crowd in excess of 600), Mario Rosenstock and so on…all of which is bringing people back into the town. People are travelling to Cappoquin from miles around and over county boundaries even, which is fantastic.”

Citing the role of Cappoquin Tidy Towns which is chaired by Betty Kelleher (of SuperValu Cappoquin), Emma O’Keeffe said: “The Tidy Towns group has done huge work in terms of how the town is presented and Betty is brilliant in terms of driving things on. She’s regularly out there on The Square and has drummed up a huge level of support and the community has weighed in behind Betty and her community. A park area down by the river has also been done up – and that’s all been driven by the community and there’s talk of a Blueway at some stage along the Blackwater which would be a great step forward too.” 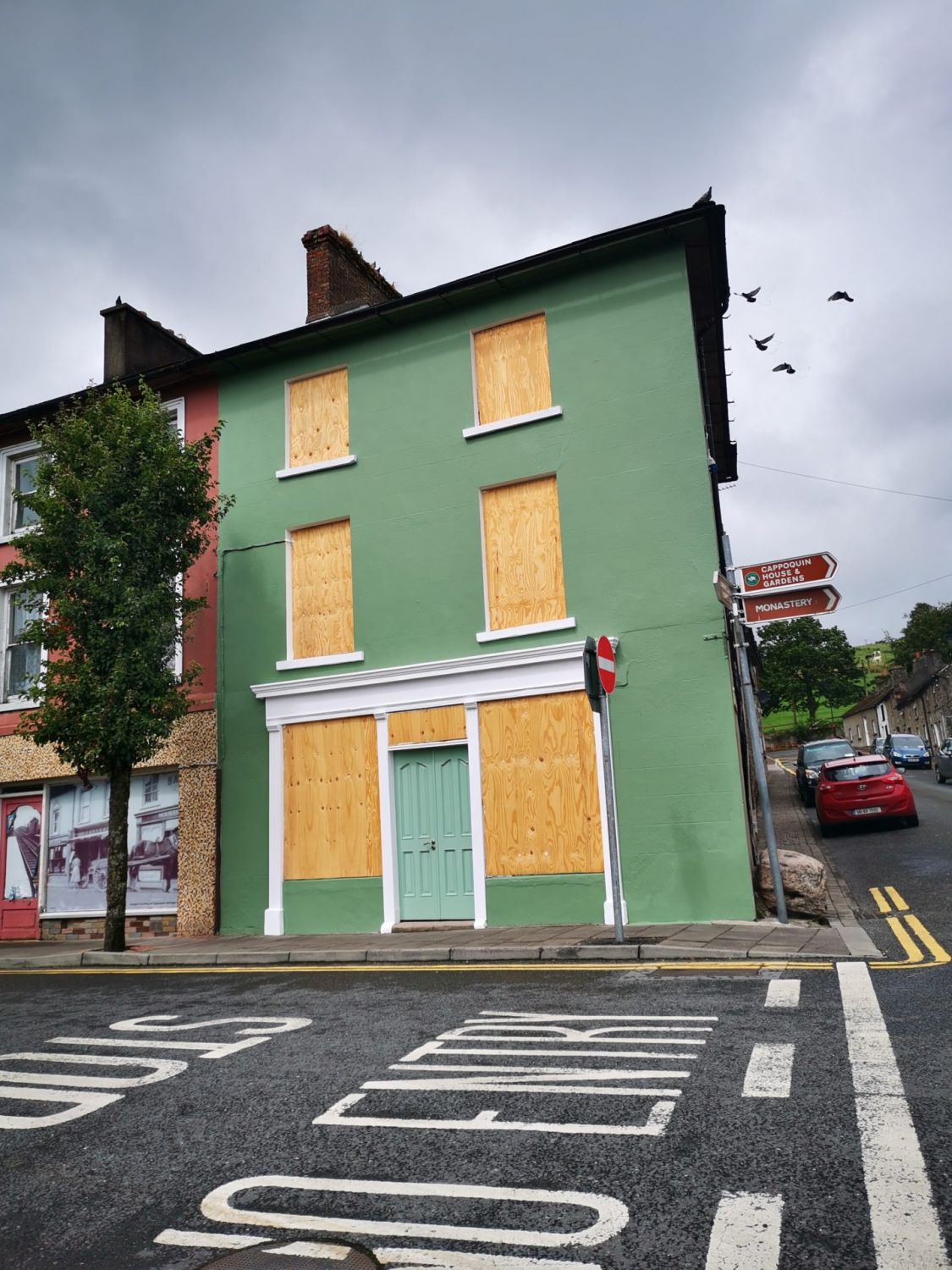 Efforts to improve the aspect of Cappoquin have been quietly ongoing prior to this funding announcement. 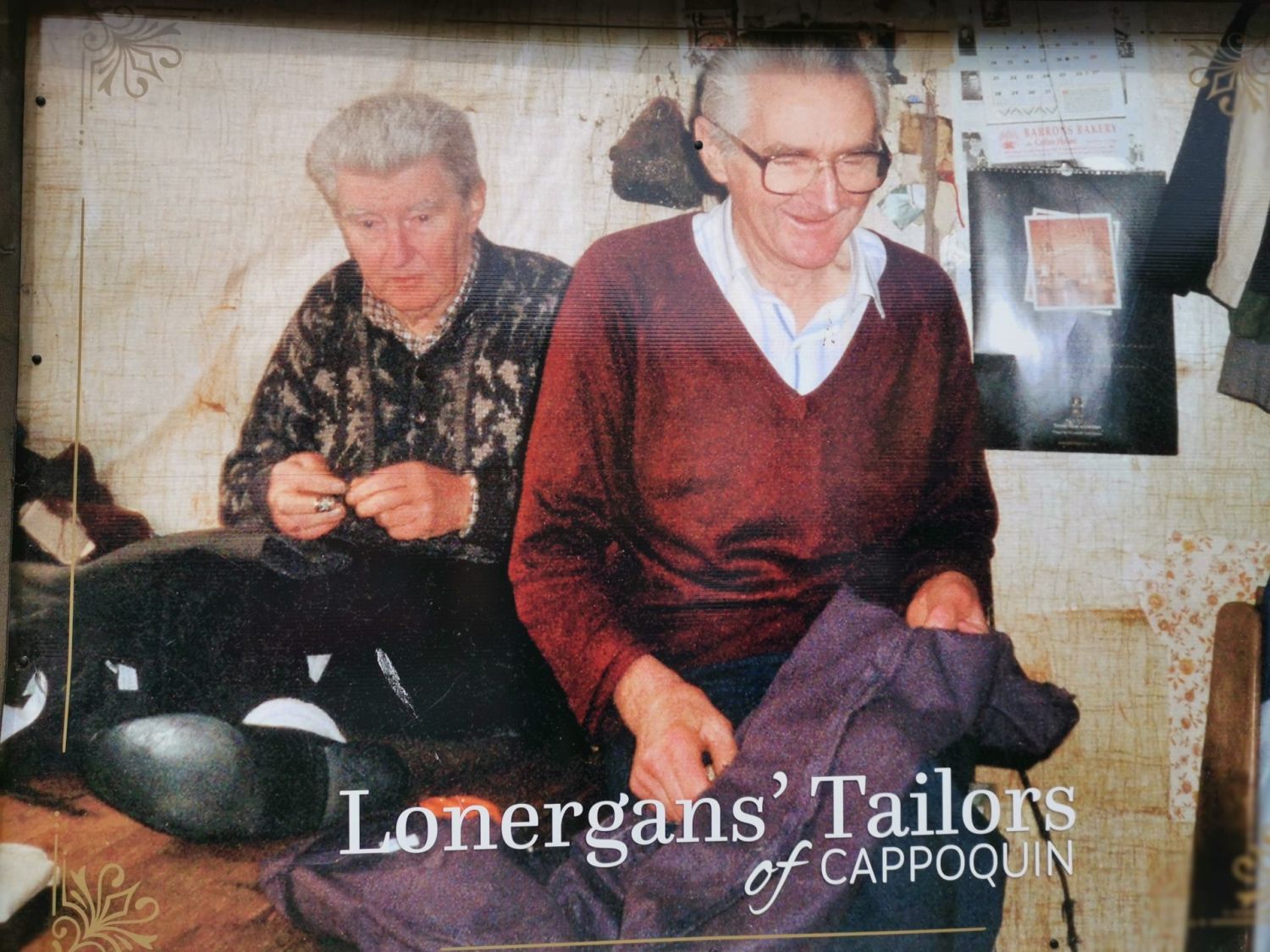 Cappoquin is a town with a proud economic and commercial past. 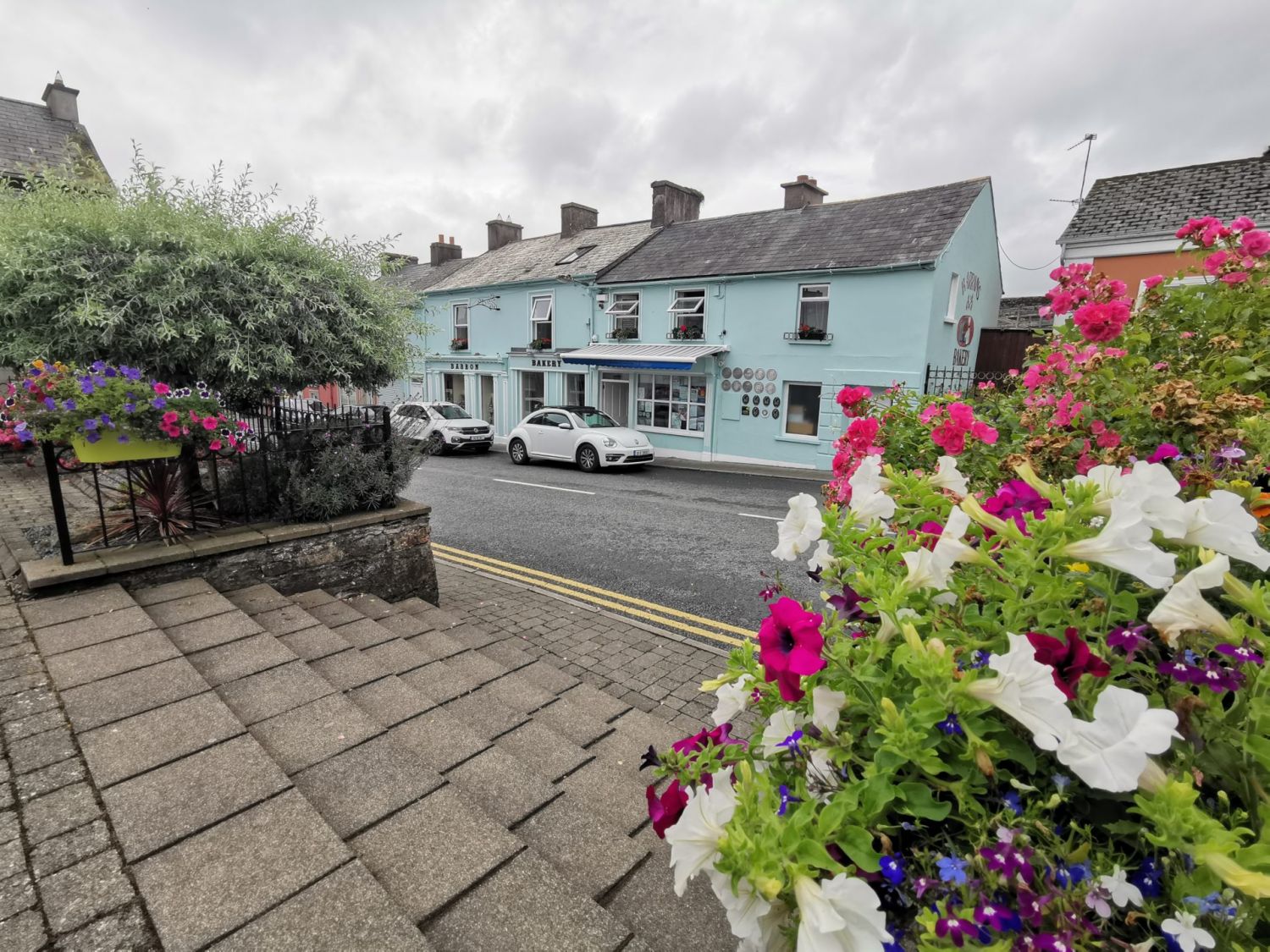 Barron’s Coffee House and Bakery is a West Waterford institution. 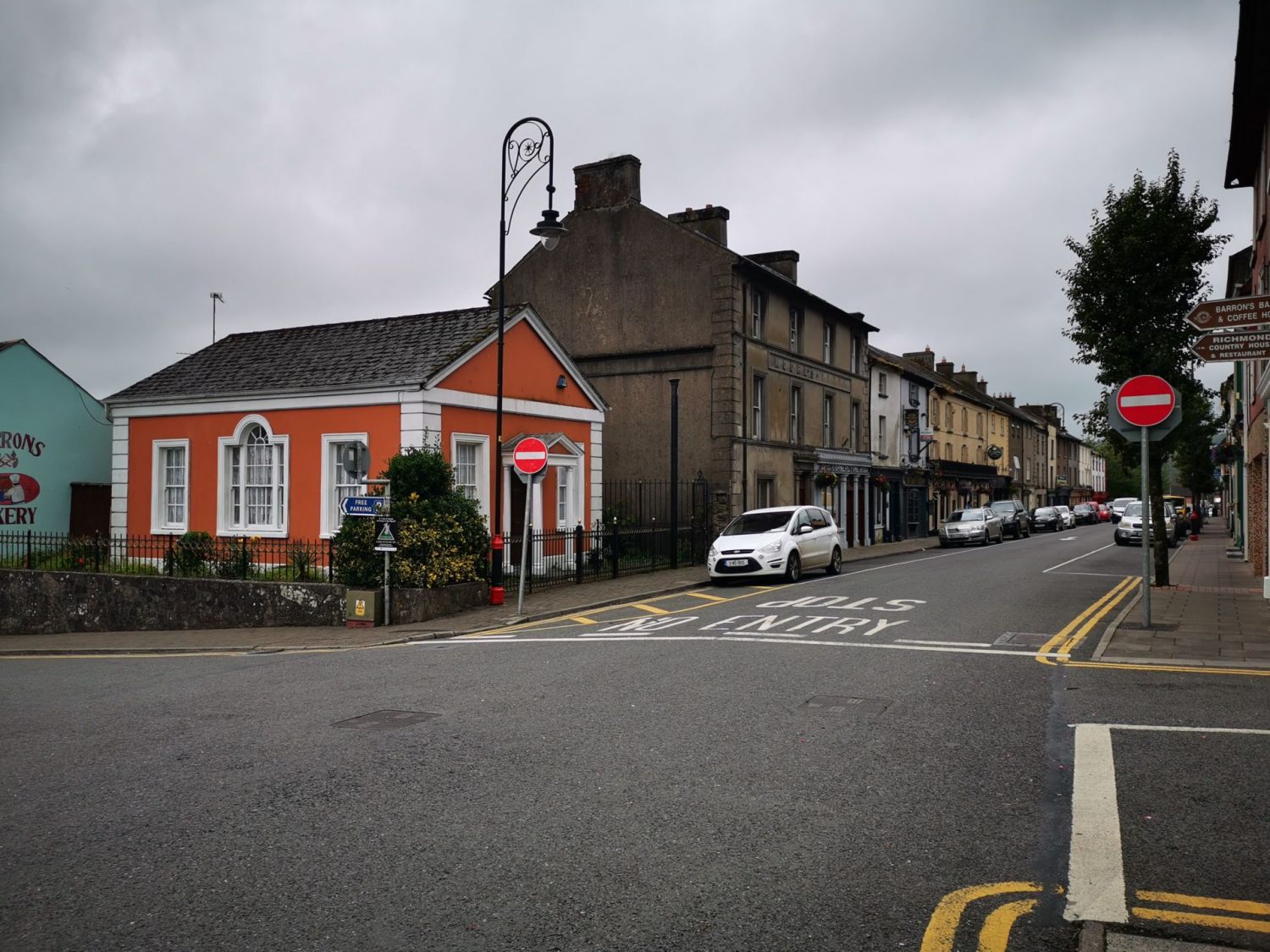