‘I wonder if it’s one injury too many’ – Briggs

Irish women’s rugby legend, Niamh Briggs, has admitted this week that she’s doing everything she can to make it back from her latest career threatening injury.
After fighting back from the hamstring and Achilles injuries that saw her devastatingly miss the 2017 Rugby World Cup, that was played in Ireland, the Abbeyside Grand Slam winner suffered another career threatening injury last August while playing for Munster against Ulster at Musgrave Park.
“I’ve worked very hard to get back to fitness since last August but I wonder if it’s one injury too many. I really want to get back playing but I don’t know if my body will let me,” she said on WLR this week.
“The writing looked to be on the wall for me when I missed the World Cup in 2017 but I worked so hard to get back and I had a great season with UL Bohs when I did get back. There’s no doubt I’d miss it terribly as it’s been part of my everyday life for so long now. I did get into doing a bit of coaching last season with Bohs and Munster and I loved that but there’s nothing like playing. I’m not giving up yet as I’d love to walk away on my own terms but whatever happens the sport doesn’t owe me anything and I don’t owe it anything either. It’s tough being out injured, not only physically but mentally the rehab that you have to go through to get back is massive and nobody sees the hard work and the tough times you go through, only your family, who’ve always been great to me.” 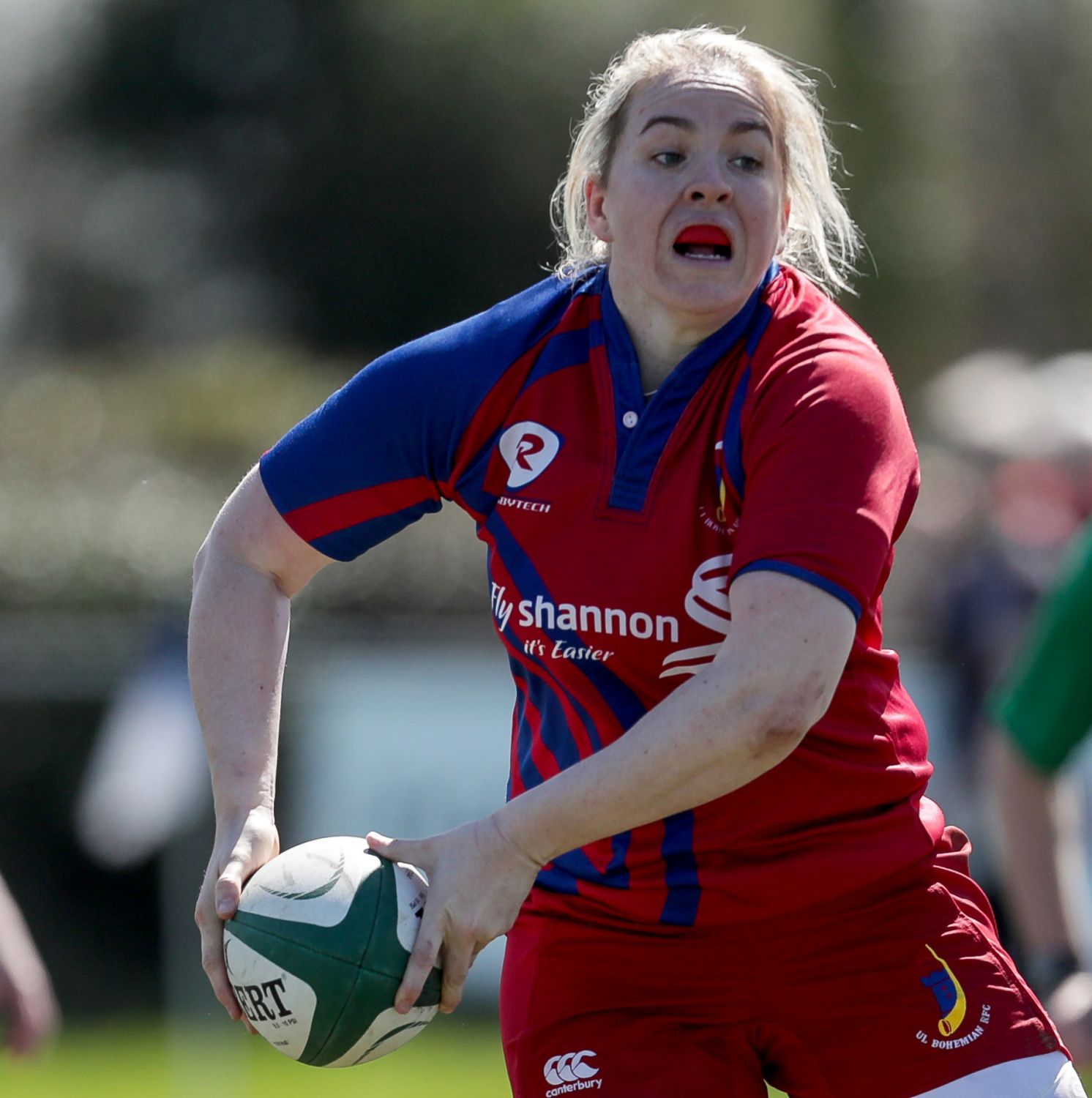 Niamh Briggs in action for her club, UL Bohemians, before her most recent injury. Photo: Inpho.

Niamh has been nominated as one of the 25 sports people in the running for WLR’s Waterford Sporting Hero and a look at the voting so far shows that she’s very much in the running to take the accolade.
“I was a little bit shocked but pure giddy when I heard about it to be honest. When you look at the calibre of sports people on the list it’s amazing and then when you see that the likes of Joe Gough and Kate Veale, to name just two, aren’t on the list then it shows the quality of sports people that we’ve produced in this county. I wouldn’t like to be on the judging panel that’s for sure,” says the 34 year-old.
When asked for her favourite career highlight, Niamh answered, “I’m so fortunate that there have been so many great moments in my career but I think the 2014 World Cup would have to be my highlight. We were on a journey from the 2010 World Cup and in 2014 we were really on the money and we got every last bit out of ourselves, which is all you can ask out of any team.”