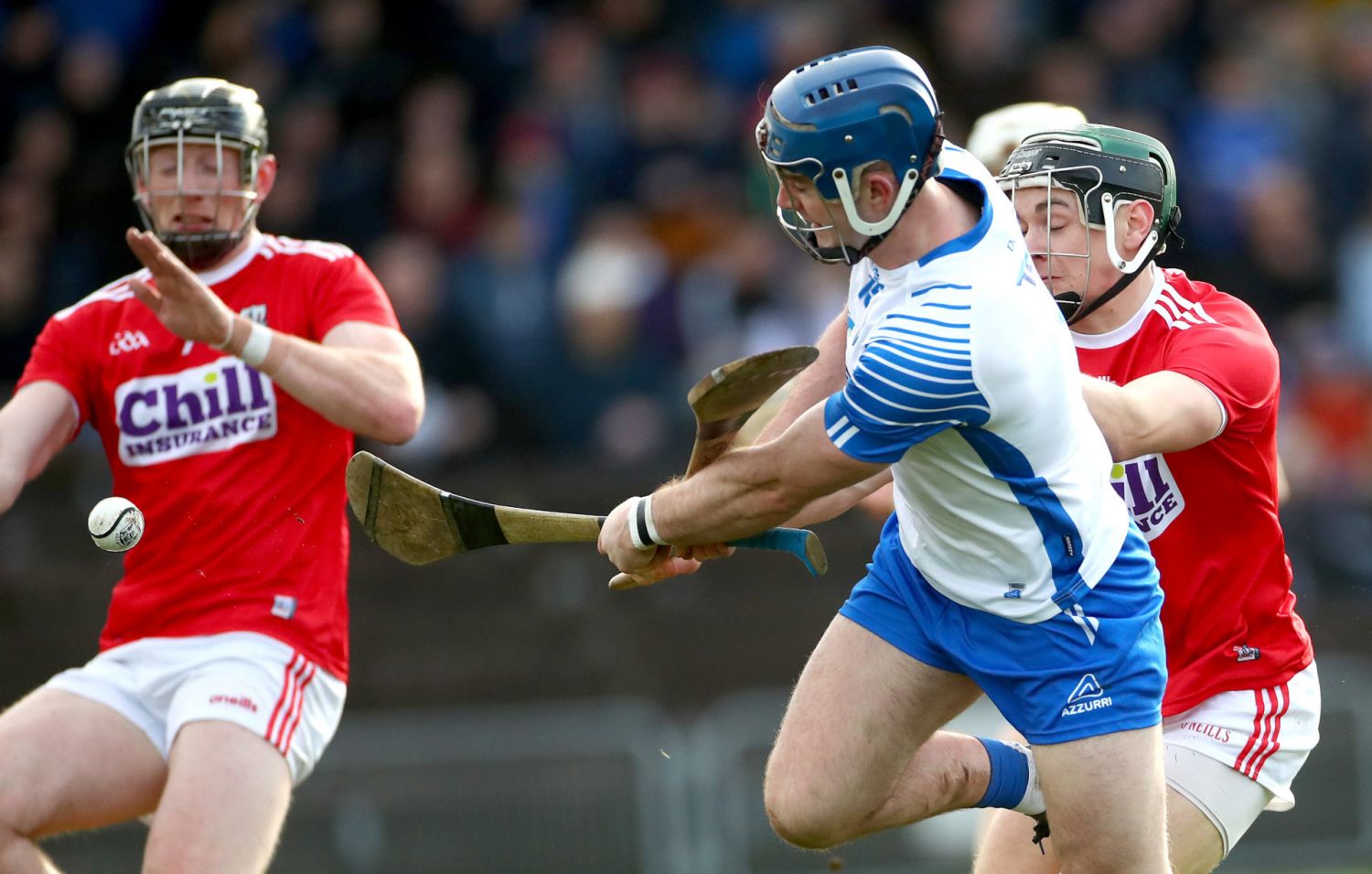 Patrick Curran scoring a goal when Waterford and Cork met in the league in Walsh Park back in January. They will meet again in a Munster SHC semi-final most likely in late October. Photo: Inpho.

The draw has been made this Friday evening for the Munster and Leinster Senior Hurling Championships and the big news is that Liam Cahill’s Waterford will open their Munster SHC campaign with a semi-final clash with Cork which will most likely take place on the weekend of October 31/November 1.

In the quarter-final match, near neighbours Limerick and Clare will face off, with the winners taking on All-Ireland Champions Tipperary in the other semi-final, meaning that Waterford or Cork will face either Limerick, Clare or Tippeary in the Munster Final on the weekend of November 14/15.

Waterford defeated Cork in Walsh Park when the sides met in the National Hurling League back in January.

The Leinster SHC was also made this evening.

The GAA earlier announced that there would be a backdoor in the hurling championship but not in football.

The Qualifiers will work like this….
RD1 DRAW
6 teams that do not make the Provincial Finals placed in a draw
First 4 teams drawn meet in Rd1; These to include BOTH defeated Provincial Quarter finalists.
Bowl 1 – Leinster Teams – Bowl 2 Munster Teams
2 Leinster drawn to play 2 Munster; (1 Leinster & 1 Munster receive bye to Rd2)
RD2 DRAW
2 Bye Teams plus 2 Rd 1 winners in a bowl
2 fixtures drawn – subject to avoidance of repeat pairings where possible

ALL-IRELAND SEMI-FINALS – Subject to beaten provincial finalists not meeting the Provincial Champions from their province; and also subject to avoidance of repeat pairings where possible
All-Ireland Semi-Finals and All-Ireland Final (TO BE PLAYED ON DECEMBER 13)

Finish on the Day (i.e. Extra Time, Penalties) to be introduced in all inter-county knock out games including, the All-Ireland Finals at all levels (Senior, U20, Minor etc.) Finish on the day for all inter-county competitions in 2020 will be: 2 x 10mins of extra time; if still level, straight to penalties (as per Central Council Regulations).