Compromise made on prom pedestrianisation 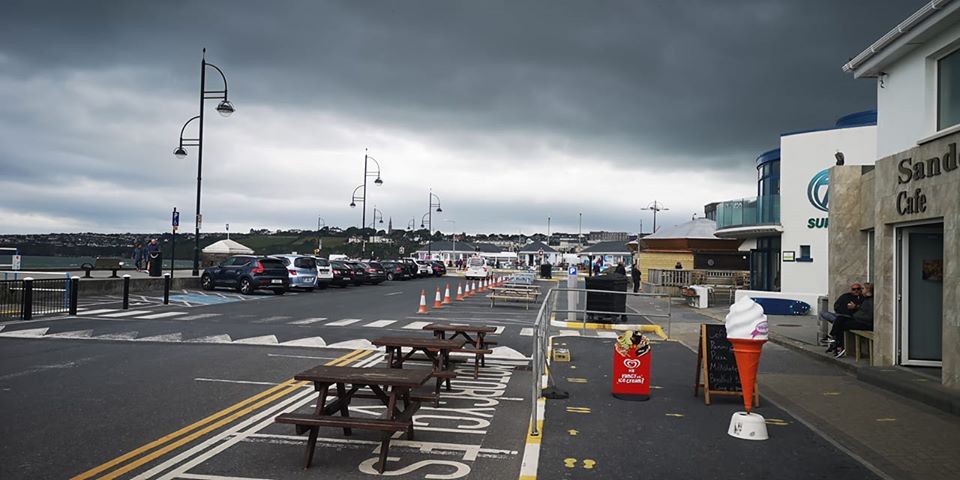 FOLLOWING consultation between business owners and Waterford City & County Council, a decision has been made to grant room to facilitate outdoor seating on the lower prom in Tramore. From Moe’s café to McCarthy’s a pedestrianised row of seating will replace the car spaces directly in front of the businesses.

Following an initial decision by Director of Services in Waterford City & County Council, Michael Quinn to close the road, some confusion ensued when businesses were given notice of the imminent road closure by a letter drop to staff.

The car spaces facing the seafront will not be affected. Due to assistance offered to businesses from Waterford Council, no licence fees for outdoor seating will be incurred, but from next year, if businesses feel the scheme will again benefit their business, charges will resume. These charges have always been in place, but due to restrictions on numbers in any one area, Waterford Council will now follow up on licences held for seating.

Last week, a petition was launched by Tramore Eco Group to completely pedestrianise the lower prom. While some businesses were in favour of this, the majority were not,feeling that the reduction of people in the area would be detrimental to their business. It was agreed among business owners that taking away the car spaces to the right hand side would be a good compromise.

Disabled parking spaces and campervan spots are unaffected by these changes.

Cllr. Jim Griffin (SF) has worked extensively with local business owners on their queries, and applauded this step as being an investigation into the effect of partial pedestrianisation on the economy of a business.

Cllr. Griffin has also asked Council officials if the orange striped road cones proposed to separate the seating from the road could be replaced with a more aesthetic line of square planters.

A grant of €2.5k will be applied for by each business on the lower prom that wishes to partake in the scheme.