EDITORIAL: Waterford out in the permanent political cold 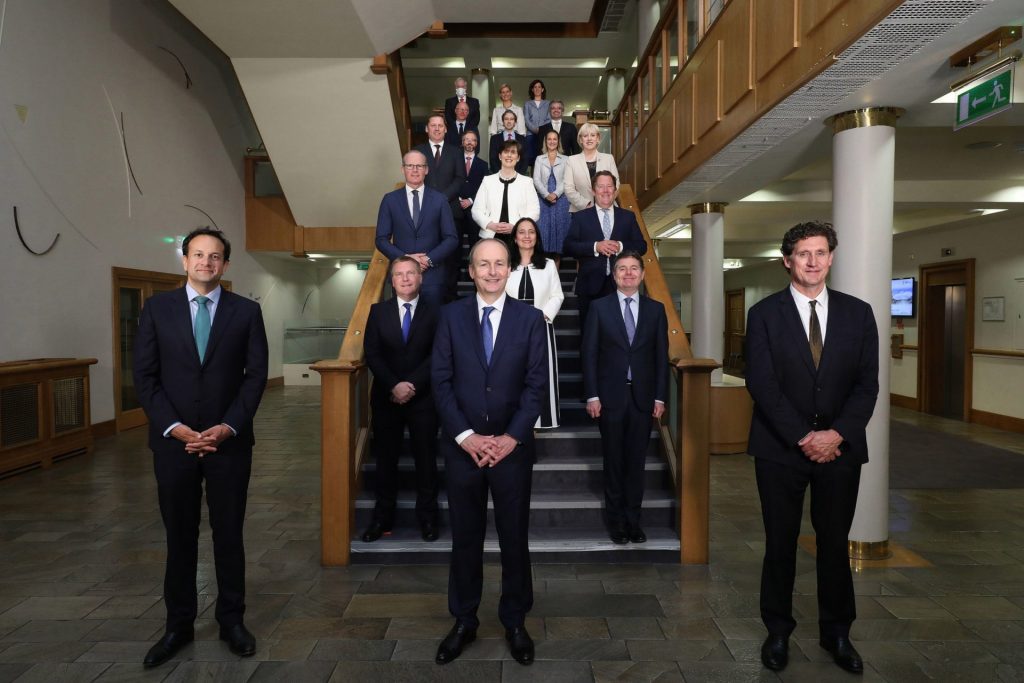 NOT unusual for Waterford, our county is once again forced to content itself with the subs benches when it comes to senior government. Our bitter reaction was not a lone shout into the wilderness this time, however, as Limerick, Galway – in fact the entire western seaboard as far as Donegal, and all our neighbouring counties in the South East voiced similar searing disappointment. If Micheál Martin wanted to create bad blood in record time as Taoiseach, he had succeeded. A strange game of political chess at the commencement of a re-united Civil War government – the moves to come and fall guys along the way being anybody’s guess. This government, should it survive its five-year tenure, will be nothing short of drama.

Martin’s own bailiwick in Cork and Leo Varadkar’s heartland in Dublin remained well catered for. In fact, aside from Meath and Wicklow, which are practically within the Pale, the only other constituencies to get a look in were Monaghan, Offaly and Kerry.

‘Now is time for a regional political re-group – and a more concerted and coherent approach to demanding an equitable divvying up of national resources for the South East.’

There is bitter disappointment for Mary Butler, TD, who plays a very safe game of politics in terms of loyal support for her leader and party – Waterford would have expected her to get a nod ahead of Kerry first-timer TD Norma Foley – appointed Minister for Education.

Across social media this week the now infamous image of Micheál and Mary nailing their 24/7 cardiac care colours to the mast was being widely shared again. Let’s hope the man at the helm is inclined towards keeping that promise.

With the make-up of this government suggesting that top of the agenda is protection of Martin’s Cork patch above all else, with little veneer disguising it, it is difficult to have confidence that the grotesque political charade around 24/7 won’t continue.

So where does it all leave Waterford, and the South East region? Mary Butler is not the only one licking her wounds at being overlooked – with Wexford, Kilkenny, Carlow and Tipperary not getting a look in either. It has long been the South East trend that one county or other throws up a senior minister. A tug o war approach ensues, with a county scramble for cabinet goodies – often at the expense of its nearest neighbours.

How well has this served the region’s overall needs, where decades and decades later we still appear no closer to university status, continuing to rank highest in terms of educational deficit and unemployment? It points not just to unfair decisions beyond our control, but crucially to our own leaders not wielding enough poilitical nous to have long since got, in particular, university status over the line.

Now is time for a regional political re-group – and a more concerted and coherent approach to demanding an equitable divvying up of national resources for the South East. Have no doubt, Limerick, Galway and the West will be on it – they won’t take this blow lying down and before this government is ushered out they could well be comfortably back in from the wastelands.

In Waterford, it stands to Butler, O Cathasaigh, Shanahan and Cullinane in the Dáil, and Cummins in the Senate, to make their tenure count.