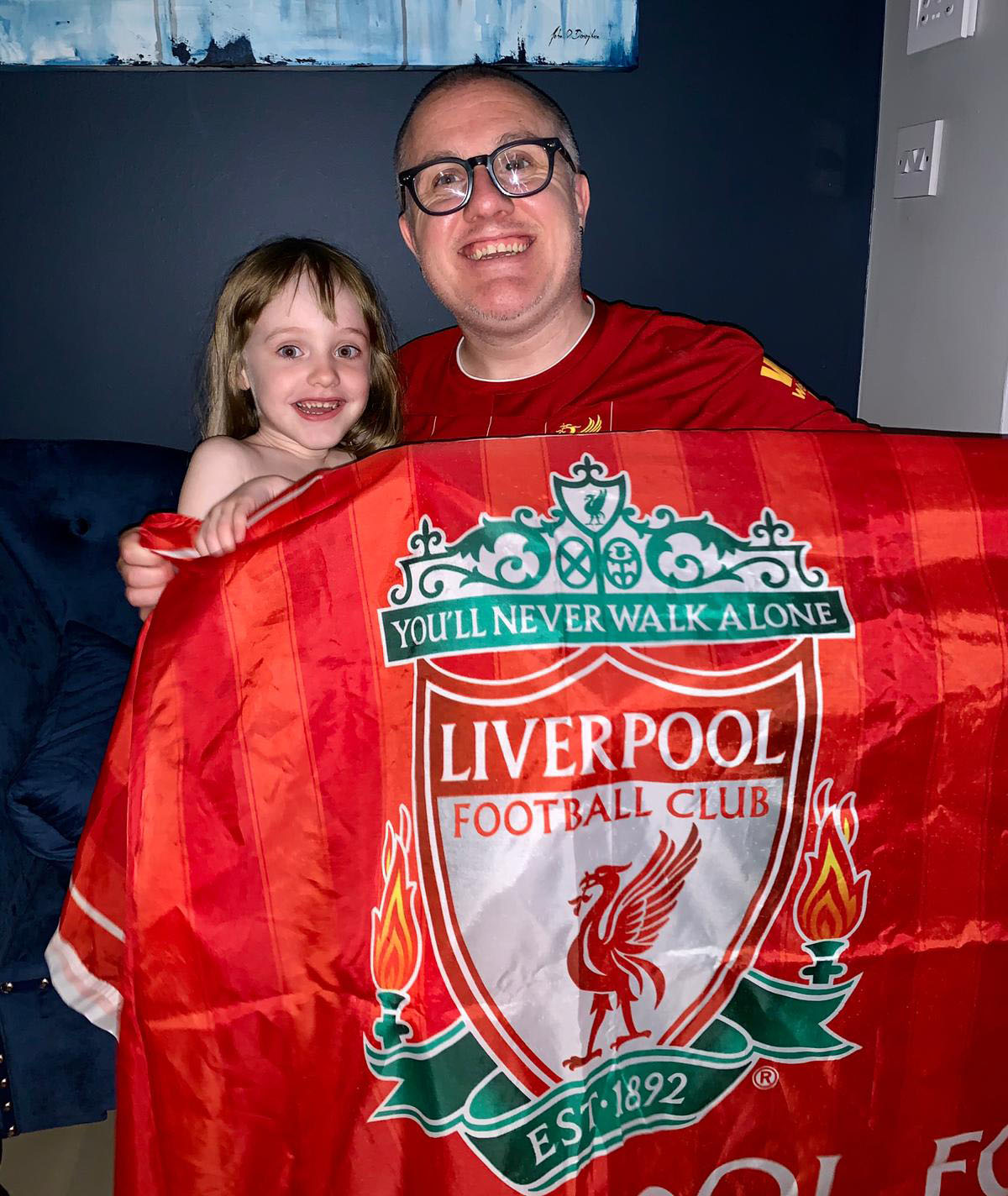 David and Isabelle Hennessy in a very happy mood.

I’ve been lucky in my 19 years of working for the Waterford News & Star to have covered some top sporting events, including All-Ireland hurling finals, the Cheltenham Festival, Champions League final, Europa League final, FAI Cup final, National Cup finals, but this one is finally ticked off the list.
The dream of filling column inches of this famed newspaper rejoicing at Liverpool FC finally winning the Premier League is sure to see my colleagues, Ger Lawton, Darren Skelton and Dermot Keyes, quickly turn the page, but I’ve waited an awful long time with my fellow Reds for this moment. Liverpool are champions.
Yes folks, the 30 years of hardship for us fans is finally over and we can rejoice and be glad for a German named Klopp, a captain named Henderson, a man mountain called Van Dijk, a lethal front three of Mane, Salah and Firmino, glued together by teammates that will all go down in Liverpool folklore as LEGENDS.
You remember that Steven Gerrard slip against Chelsea that cost us under Brendan Rodgers, that Vincent Kompany stunner last season for Manchester City against Leicester City that cost us, well who cares? Not even the Null and Void brigade or the Covid-19 Pandemic could stop us from reaching the Holy Grail again.
Travelling to and from Anfield since my early years thanks mainly to Mr Liverpool and my good friend Ray Malone has seen many journeys that has finally led to the Reds winning their 19th title, a moment that I’ve never witnessed before, but one I’ll cherish and never forget.
When I think of this achievement in sporting terms, this is the greatest for me, one that will be probably only matched when the Waterford Senior hurlers finally end a famine by winning the All-Ireland final or Waterford FC winning a FAI Cup final, two sporting fates that I hope to see sooner rather than later. 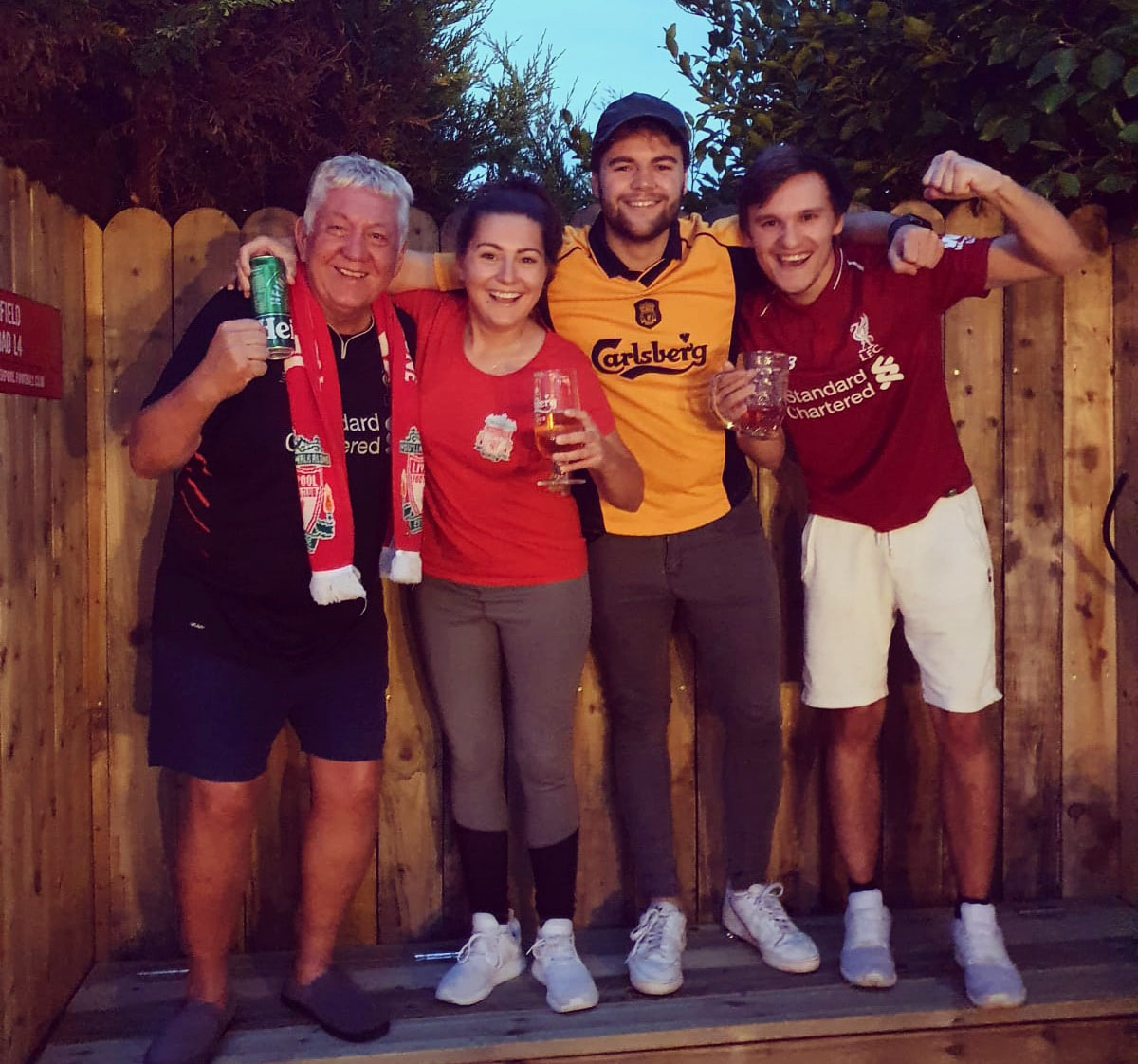 “OVER THE MOON”
Ray Malone was over the moon to finally get to see his beloved Reds win the title once again after waiting 30 years since the last time. “Liverpool winning the league after 30 years means so much to me that no words of mine can really adequately describe the feeling,” said Ray. “It’s just surreal. Even when you’re so far clear in a title race, you are always thinking that something will go wrong, but not this time. This is real and we’re finally back on our perch.
“I think that it means so much to me because Liverpool, as a city, has been part of my life since I was very young child. I’ve supported them all my life and because of this, it has enabled me to travel the world following the team in finals.
“But to be honest it’s all about the fans. I’ve met so many fans that have become friends through our Liverpool FC experiences. My uncle Billy (Veaney) has lived in Liverpool most of his life so it was fantastic to be have been able to bring my late mother Ann over to see him and to watch games.
“I’ve sure that she would be looking down and be so proud of this achievement. I remember Blues fan Noel Roche telling me when Jurgen Klopp became manager of Liverpool that he would change everything that we’ve witnessed and how right he was. Liverpool is my life, and this means so much to me.” 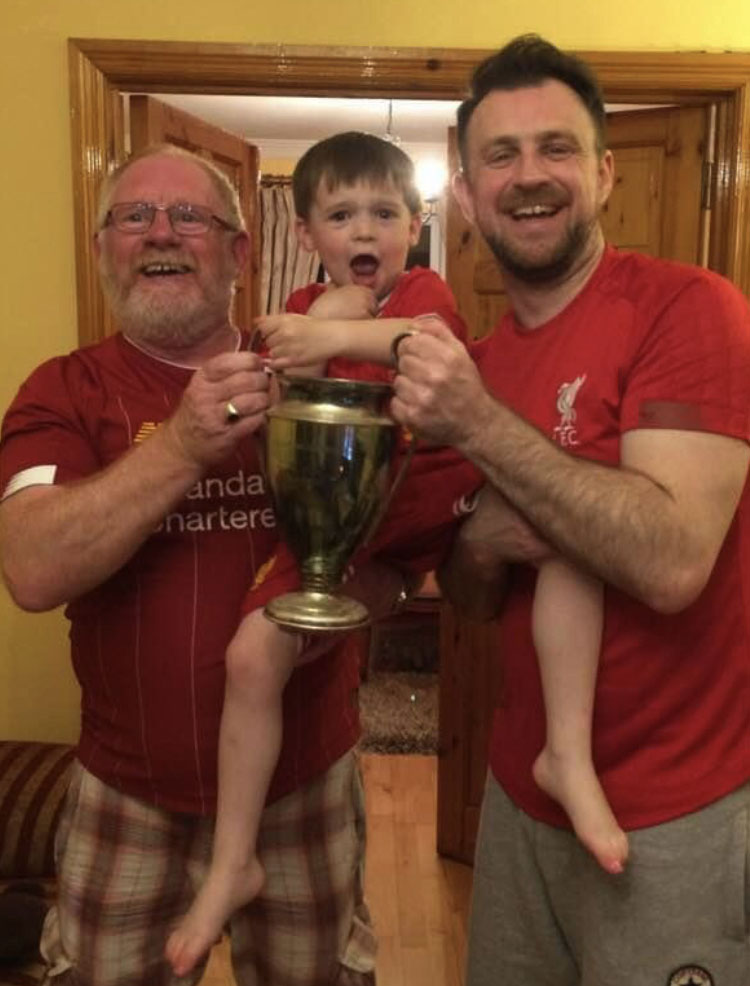 Tommy Kelly with his son Tony and grandson Nathan.

“WONDERFUL AND FANTASTIC”
When you speak of Liverpool fans in Waterford, you speak of well-known season ticket holder Tommy Kelly and his son Tony, both who along with grandson Nathan, were overcome with emotion after the dream of becoming champions was replaced with tears of reality on Thursday last.
“I was starting to think to myself whether or not we’d see the day again,” admitted Tommy. “Liverpool FC as Premier League champions has that special ring to it. The missing piece to the jigsaw in recent years has been finally found and when Jordan Henderson lifts the cup in a couple of weeks, it will erase 30 years of waiting.
“I’m finding it very difficult to put into words because it just means so much. It’s wonderful and it’s a moment that I’ll cherish. I’ll be honest with you Adrian when I say that I don’t want the feeling to end. It’s just fantastic and it means a lot to so many people.” 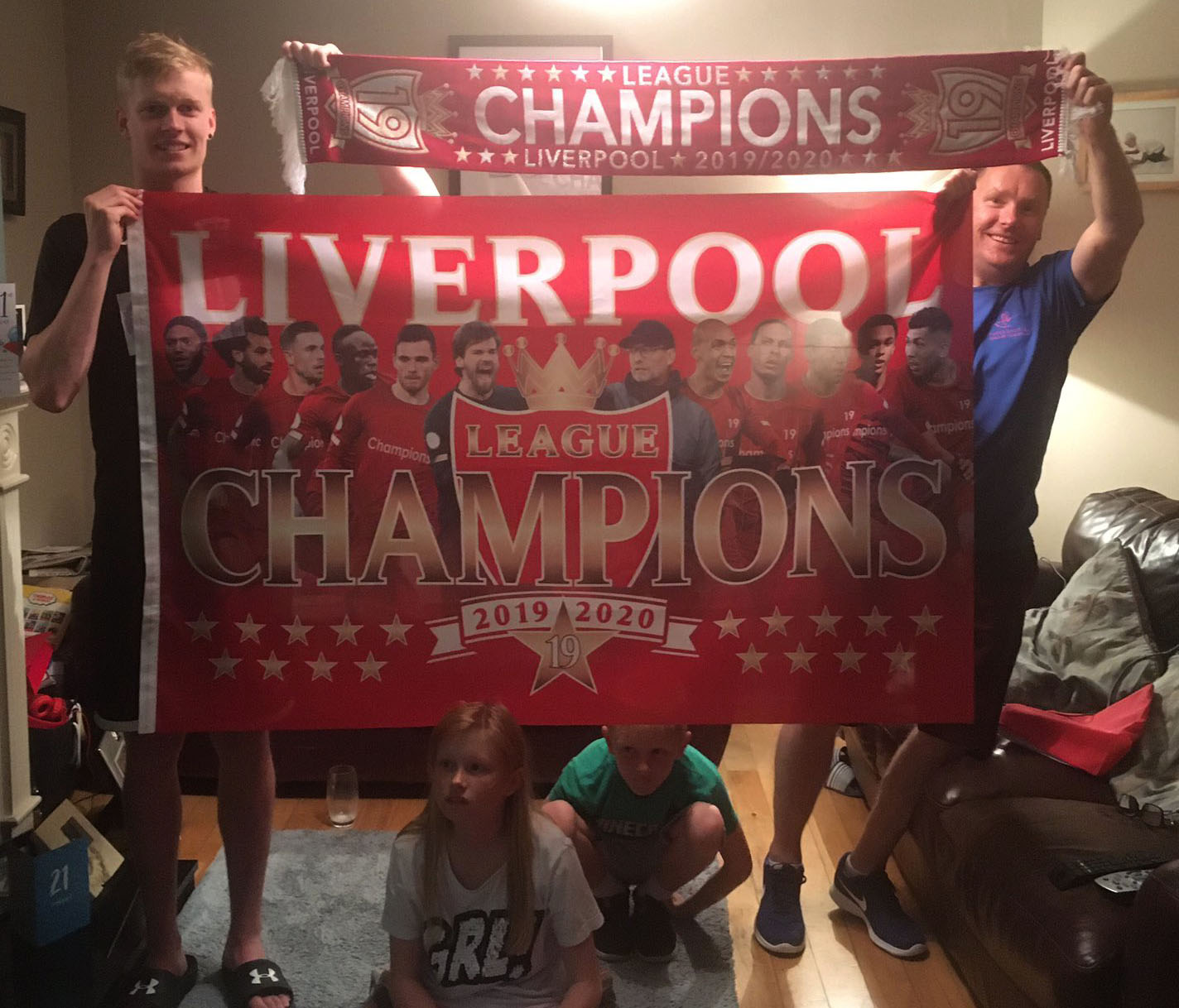 “THIS MEANS MORE”
When I first started going to Anfield with Ian Galgey and his dad Paul, including the 2007 Champions League final loss to AC Milan when I covered it for this newspaper in Athens, it meant so much and it came as no surprise that Ian was
“I remember first going to games at Anfield with my dad and yourself back in the day and from that day we’re waiting for this. This is what I’ve waited all my life for and to win the league is special. I love Liverpool FC and I always have. We’re back where we belong. Back on our perch. You know that moment in my sporting life is one that I’ll never forget it. I’ve sure now that there is a lot of people sick over this, but we are back.”
I couldn’t let this moment go either without comment from Shayne Ryan, a man that I’ve travelled to numerous games with down through the years, who is now residing in Canada. “I can’t believe that we’ve finally done it. I’m absolutely buzzing with this. It’s unbelievable to be honest because you think that it’s not going to happen after going so close in other years. You can write it down that we’ll all celebrate this when I get home. It’s a feeling that’s beyond words. Years of travelling to games and it’s finally been worth it.” YNWA! 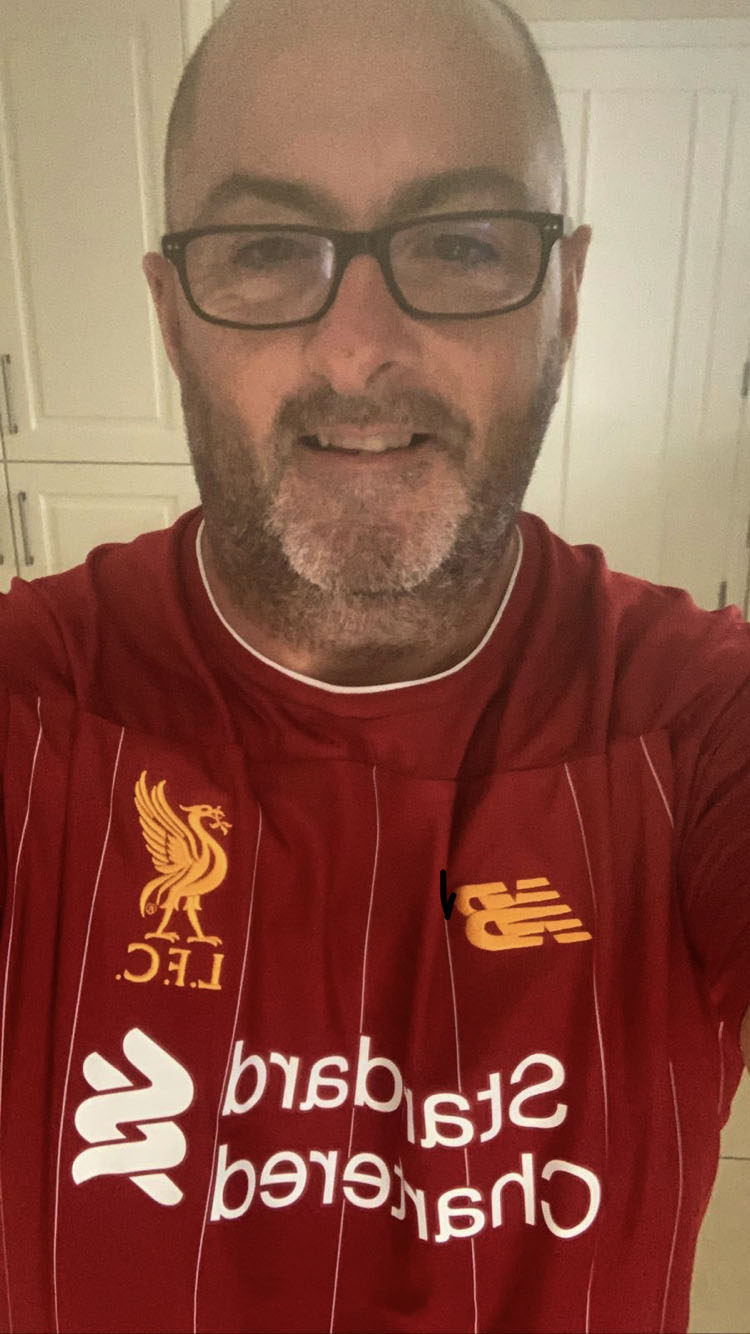 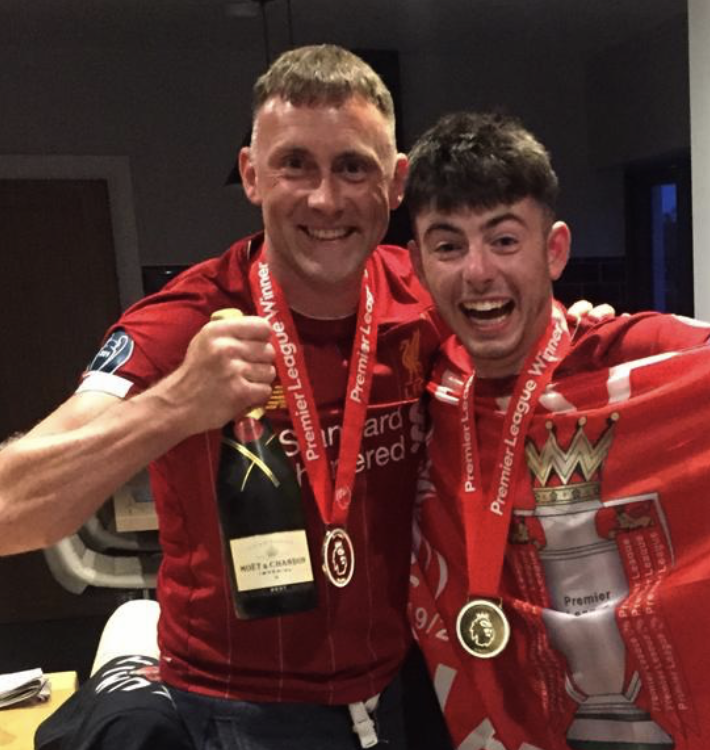 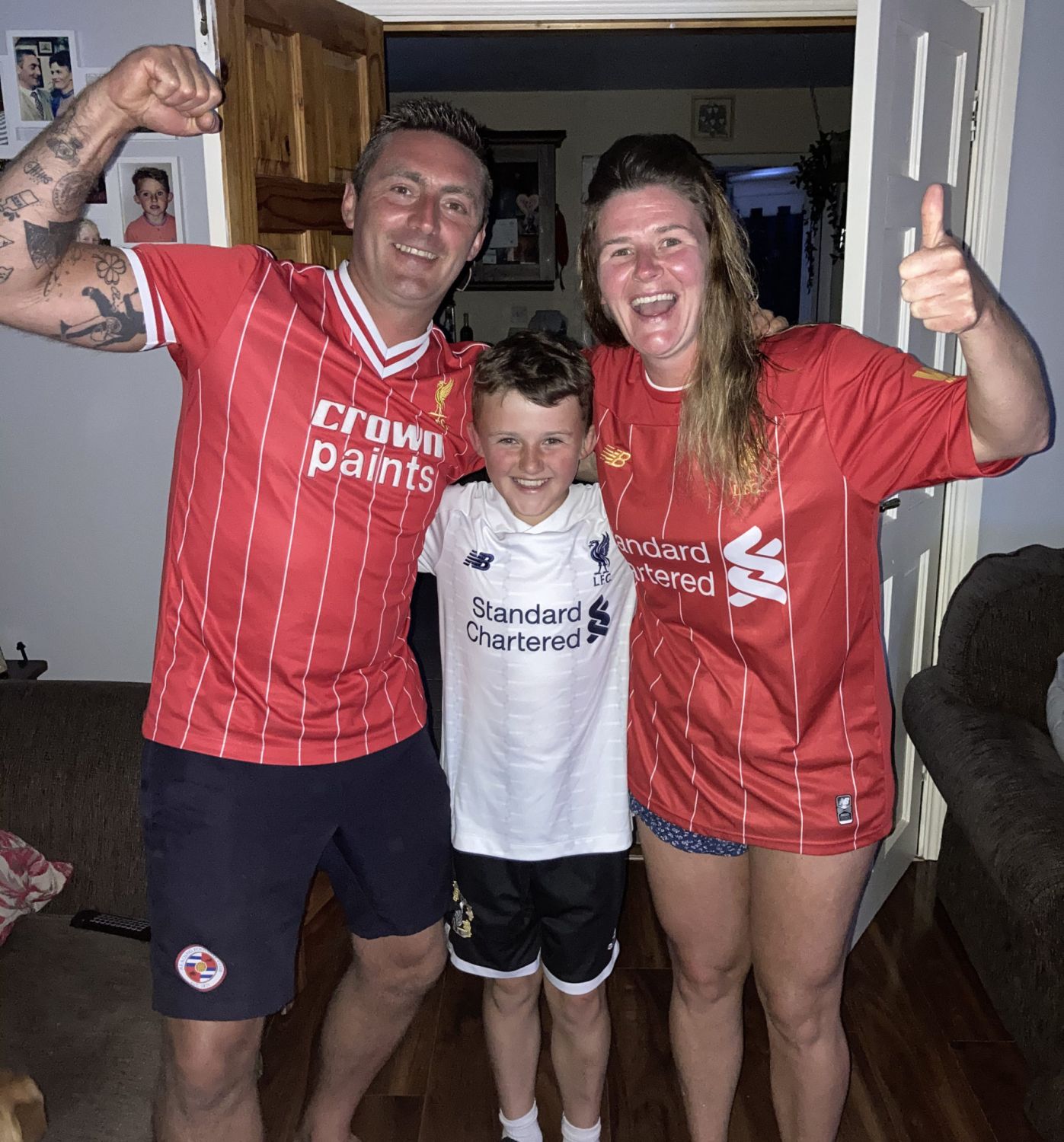