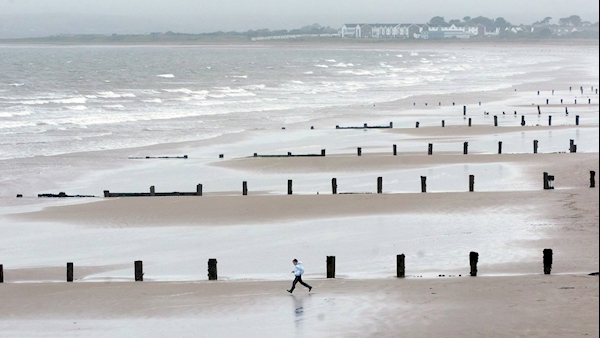 Marine experts are advising people not to pick shellfish from the shores for consumption after a spike in naturally-occurring toxins that can cause illness — and in rare cases, death — in humans.

The Marine Institute said the increased toxin levels were found during a routine nationwide shellfish monitoring programme — in samples taken along the south west and west coasts, particular on the bays and inlets from Dunmanus Bay north to Dingle Bay.

The toxins are caused by microscopic phytoplankton species which occur naturally, especially during the summer.  These toxins can accumulate in filter-feeding shellfish and can make people ill, even if the shellfish are cooked.  They have no impact on the quality of the water for swimming or other coastal recreations.

The Marine Institute said the monitoring detected increased levels of diarrheic shellfish poisoning (DSP) in samples taken from bays in West Cork — it can cause a temporary gastroenteritis-like illness. The testing also found traces of the less common paralytic shellfish poisoning (PSP) in samples from Castlemaine Bay. This can cause serious illness in humans, and in rare cases, if the dose is high enough, it can be fatal.

The Marine Institute emphasised that strict controls and monitoring in association with the Food Safety Authority of Ireland and the Sea Fishery Protection Authority are in place.

A spokesman said all commercial harvesting of shellfish in areas affected by the blooms has stopped and that alternative safe shellfish product from other parts of the country is available through approved suppliers to retailers and restaurants: “Anything that is already on the market, in shops or in restaurants, is safe to eat.”

But as people return to the coast for recreation and as people may set out to harvest shellfish such as mussels, clams, cockles or oysters from the shores for their own consumption, the Marine Institute said it has taken the decision to issue the warning.

Dave Clarke, manager of the Marine Institute’s Shellfish Safety programme, said: “We would strongly advise the public to avoid picking their own shellfish along the shoreline, and to only source shellfish from an approved retail establishment.”

“In Ireland, we operate a world-class shellfish safety programme to ensure food safety prior to harvesting. This sophisticated monitoring programme is designed to protect the consumer and ensure the highest quality of Irish shellfish on international and home markets. This summer, so far, has seen high levels of toxic phytoplankton and toxins in shellfish requiring temporary closures until the problem abates.”