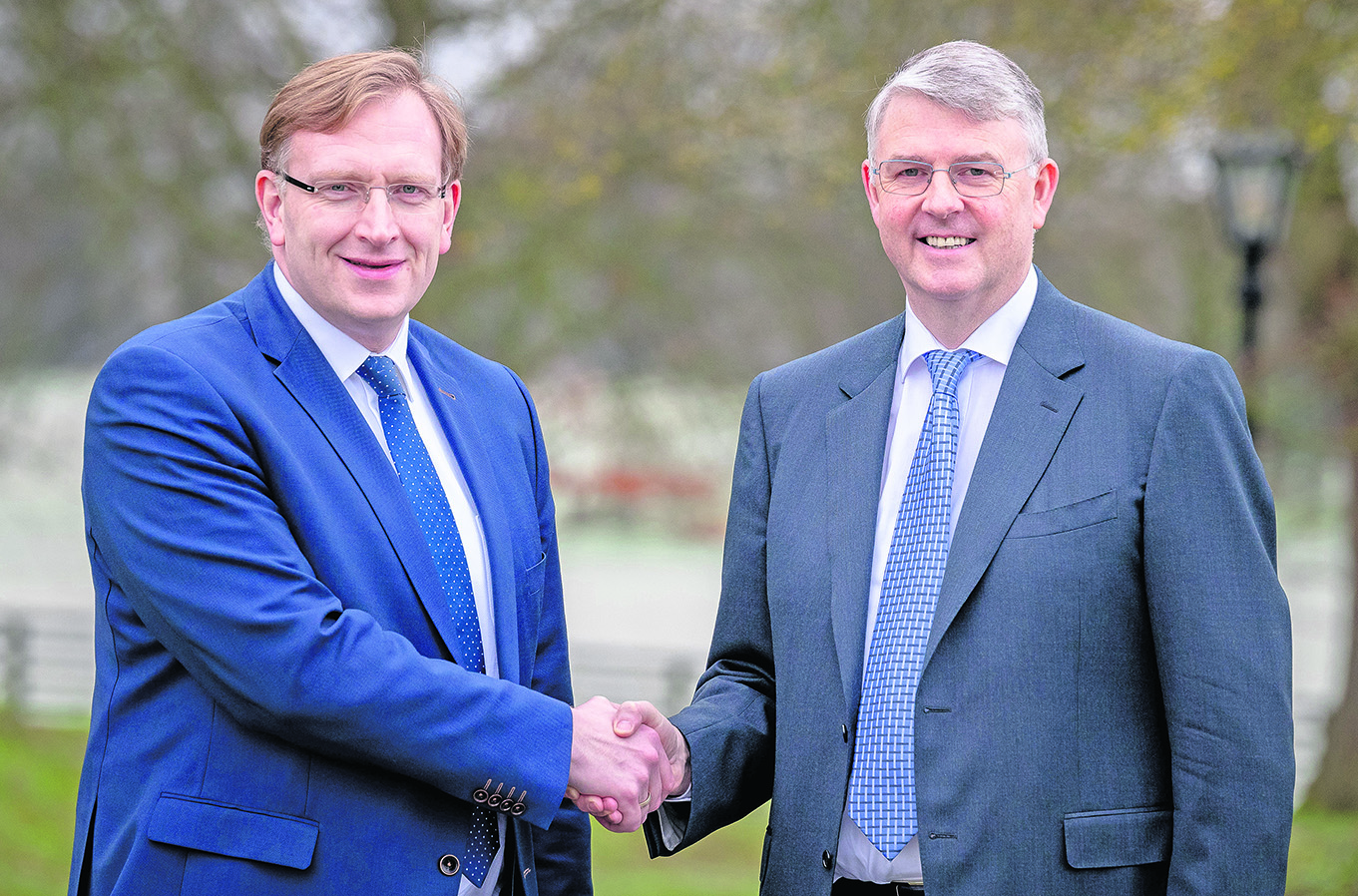 Pictured in January 2019 were, from left: Jan Anker (CEO of Royal A-Ware) and Jim Bergin (CEO of Glanbia Ireland).

Glanbia has received planning approval for the construction of a €140 million cheese manufacturing plant at the IDA’s Science and Technology Park at Belview.

Having received initial planning permission from Kilkenny County Council, appeals lodged to An Bord Pleanála by An Taisce and Friends of the Environment led to a delay in the development, a joint venture with the Royal A-Ware group from The Netherlands.

“The location attraction of Ireland for Royal A-Aware is its direct and indirect subsidy regime, supporting expansion of milk production, processing and export of products.”

Reacting to the planning green light, a Glanbia spokesperson stated: “This strategic partnership between Glanbia Ireland and leading Dutch dairy producer Royal A-ware will create a new route to market for the milk supplied by Glanbia Ireland’s network of 4,500 family farms and diversify its portfolio of consumer dairy products and ingredients as part of a Brexit mitigation strategy.”

In making its case, Glanbia cited both the ability of the national dairy system to provide a nutritional product sustainably and the fact that Ireland boasted the lowest emissions per kilogram of milk solids within the European Union.

“The proposed facility is a key part of Glanbia Ireland’s Brexit mitigation strategy and will help diversify into new markets beyond the UK, thus helping to limit the potential impact of Brexit on our farmer suppliers,” according to Glanbia. “Glanbia Ireland already has a volume of milk currently being processed by third parties which would be processed in the new facility.”

Speaking in January 2019, Royal A-Ware CEO Jan Anker stated: “With this announcement, Royal A-Ware is taking another step towards achieving its goals of working with strategic partners to build innovative and sustainable agri-food chains and offering its customers an enhanced product portfolio. It also gives our company access to additional volumes of high-quality cheese through a local supply chain.”

The plant, which was originally due to be in operation in 2022, will be built alongside Glanbia’s milk processing plant in Belview and is expected to produce 40,000 tonnes of cheese annually in addition to processing 450 million litres of milk.

The project, which was initially announced in January 2019, will occupy a 10-hectare (25 acres) site and will lead to the creation of 80 full-time jobs once operational. At least 100 construction jobs will be created during the development of the facility.