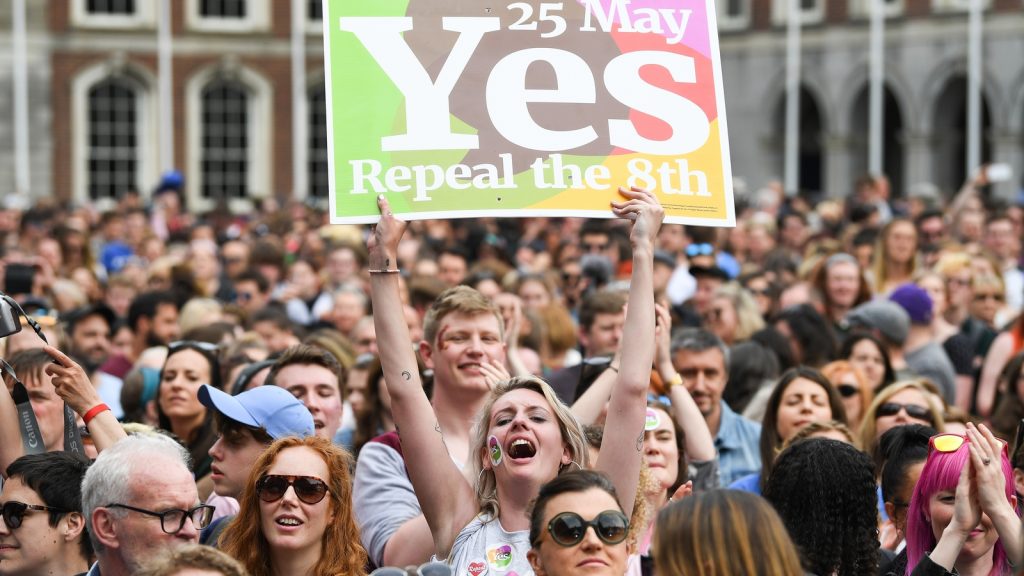 Ireland voted to repeal the Eighth Amendment in May 2018.

THE Waterford News & Star regularly publishes statistics – whether they relate to investment and industry, education, unemployment, health and so forth. The list is practically endless. Some of those stories will be given scant attention by readers, but we carry them nonetheless once we deem them in the public interest. This week we published, initially on-line – and also in the print edition of the newspaper – the first statistics as relate to abortion in Ireland.

Prior to these statistics there was no information publicly available on those accessing abortion services in Ireland, as it was illegal in this country. There was a certain amount of information available on the numbers of women travelling abroad. But in May 2018 we voted, as a country, emphatically in favour of allowing women to access abortion in Ireland.

‘Many in Waterford would have preferred that the statistics remained in a binder folder gathering dust in some government department. But who does that serve?’

Last week the first statistics of women who availed of the procedure were made public and available to the Houses of the Oireachtas. These statistics were recorded after the Health (Regulation of Termination of Pregnancy) Act 2018 came into effect in December 2018. The reaction to our online story – citing that 149 abortions had been carried out in Waterford, and 6,666 in Ireland, in 2019 – was quite phenomenal in terms of women and men lashing the newspaper and the editor for deciding to publish the information. The online reaction to the very same story on The Irish Times website was, ironically, more balanced. It seems that many in Waterford would have preferred that the statistics remained in a binder folder gathering dust in some government department. But who does that serve?

Of course, abortion is not comparable to a cancer diagnosis. Nor is it comparable to a tonsillectomy. But information in statistics helps educate us – and, in this case, the publication of statistics by the media ensures that attention remains focused on the best provision of services by acknowledging, as a starting point, that abortion happens in our community.

Women endured decades of shame, many travelling abroad for abortion under a veil of secrecy. Now, the health system is tasked with ensuring they are robustly cared for at home. The media is, as ever, a watchdog in this regard. Statistics are but one element of any health story that is often multifaceted and complex. We voted yes in the abortion referendum to support women and look after them in Ireland. They are not statistics, their lived experiences are individual and unique, but the anonymous statistics we publish this week serve to let us reflect on the lived reality of abortion. Let’s not draw a second curtain where we had finally, emphatically, raised the veil. Because there is no shame.

Go forth but comply

The video of over 60 teenagers spilling out of a house in Templar’s Hall in Waterford city was a horrendous example of complacency in the face of Covid-19. The same week as RTE’s Primetime Investigates aired its phenomenal documentary on the devastation caused by the coronavirus, it was exasperating to witness such disregard on our doorstep. Only a few months since we were forced into lockdown, no one wants to return to those days, as businesses attempt to kick-start the economy. With a decision due on the North Quays at the end of the week, it is crucial that we take our responsibilities seriously in terms of complying with the guidelines. If we allow Covid-19 back in, all the hard fought battles for our city and our region could be in vain.