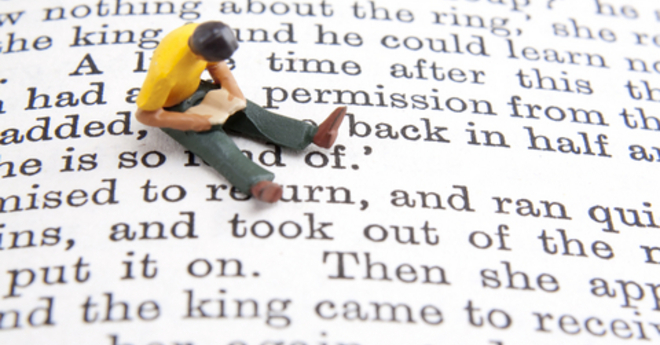 A Waterford man in his mid-70s has spoken about the difficulties he has faced throughout his adulthood given that he cannot read or write.

‘Michael’ who spoke to the Waterford News & Star on the condition of anonymity, stated: “I left school when I was 12. I worked hard all my life. I never married, I’ve no children and for more than one reason, I don’t have a close relationship with my siblings. It’s just myself and the two dogs here in the house. Now I’ve never been able to read or write. I’m 76 years of age and I’ve managed to get through life without being able to read or write – I wish I could do both – but it just never happened for me.”

He added: “I’m not a stupid man by any means, I’ve never considered myself a simple sort or anything – the roof over my head is my own so I’ve not done too badly when you look at it like that. But I know I’ve missed out on a lot of things because of the lack of literacy.”

Michael said he finds it frustrating to depend on others to fill out essential forms as well as more leisurely pursuits such as entering certain radio station phone-in competitions.

“It mightn’t sound like a lot for someone who can do these things without thinking, but missing out on taking part in those sort of competitions that you’d hear a lot about has taken a bit of enjoyment out of life for me – and that builds up over time when you’ve lived as long as I have. I’m not the only one either; you’d be surprised at the amount of people in the town aged 65 and older, who like me left school at 10, 11 or 12 and went off into work not too long after that, not being able to read or write. That wasn’t our doing that we left school not being able to that, things were a lot different in my time when it came to schooling than I’d imagine it is for children now when it comes to getting help with things they’d find hard to make sense of otherwise. Good luck to all of those children, I’m glad very few of them will grow up without those skills. Life is tough enough as it is.”

So how has Michael managed? “I’ve got one great friend, going all the way back to my school days and when it’s come to things like the motor tax or certain medical forms, he’s always helped me. I’d be lost without him. He’s never let me down and I’d reckon not everyone in my situation could have been so lucky for so long. He saved me so much embarrassment – I can’t actually tell you how much.”

He continued: “You’d find ways of masking it when you’re in company; when you’ve an ear to the ground in terms of picking up bits and pieces of information, I’ve done my best to find a way of not feeling any more left out than what I’ve done all my life because of not being able to read or write. It’s not been easy at times but I’ve got on with my life as best I could, and there’s plenty more people in and around my age in the town who are in the same boat. I guess most people wouldn’t realise there’s a lot of us pensioners – and a few like me all on our own – who can’t do something they probably don’t even realise they take for granted. And I know that’s not their fault or anything like that.”

Michael, who’d never spoken to any Waterford newspaper in his life about this until today, concluded: “I’m not looking for special treatment or anything like that. It’s just been on my mind a bit lately because there was one radio competition, I’d really love to have entered but I’d no way of doing it on account of not being able to read or write. I felt discriminated and that’s an awful feeling. I just thought it was important to let people know there are a good few people just like me in Waterford who can’t read or write – and if the wider world knew how many there was, I reckon they’d be surprised.”

According to NALA, the National Adult Literacy Agency, one in six Irish adults have problems reading and understanding information.