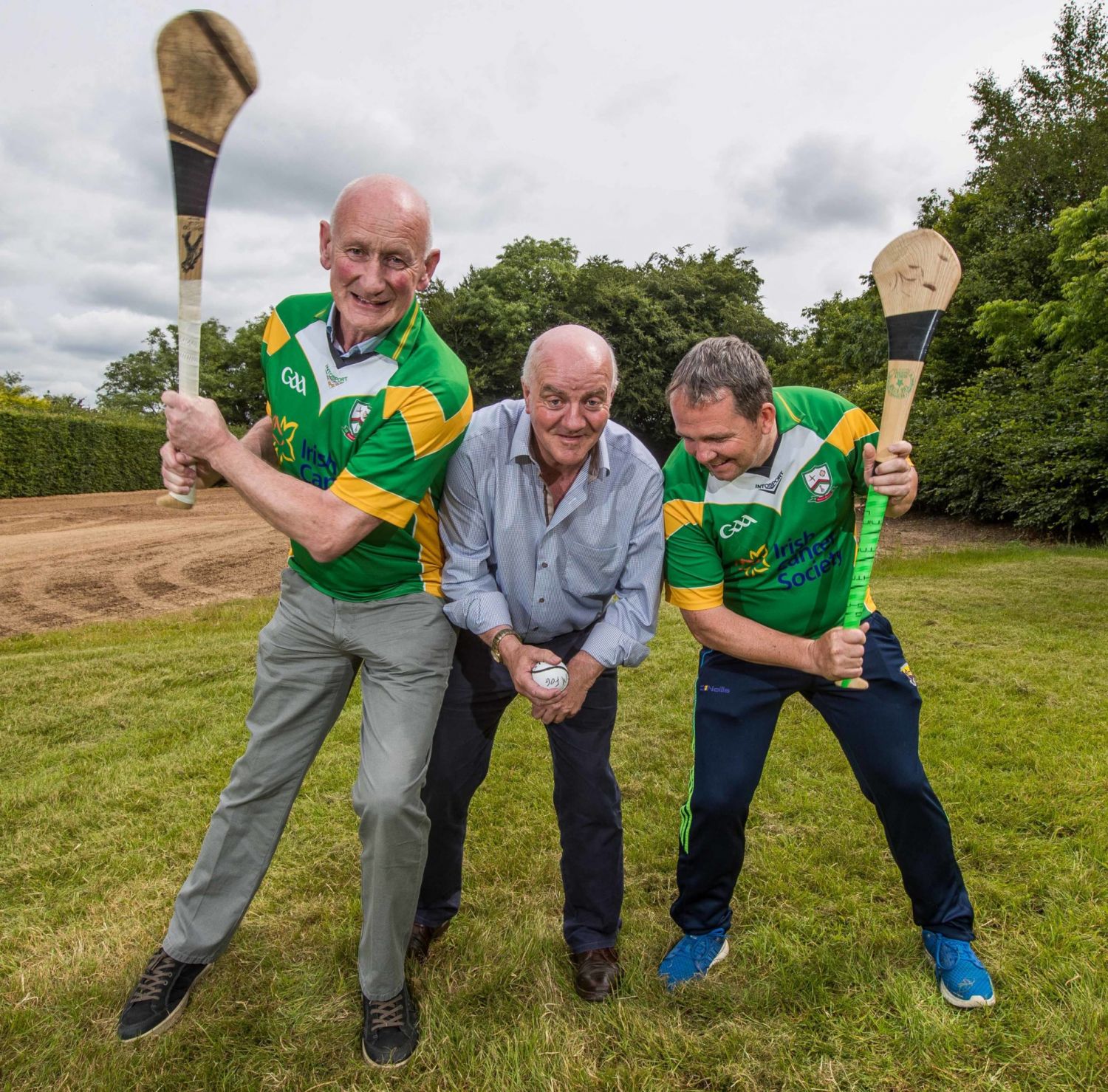 Cyril Farrell with Davy Fitzgerald and Brian Cody at the launch of a Hurling for Cancer Research Match. The All-Ireland winning manager reckons this year’s SHC is wide open. Photo: INPHO/Morgan Treacy.

Waterford will be targeting the two hurling majors this winter according to All-Ireland winning manager with Galway and Sunday Game analyst Cyril Farrell.
“They’ll be talking about winning a Munster title and an All-Ireland. You have to be talking that way. There are five top counties in Munster and every one of them are capable of winning the All-Ireland if they get momentum. That’s all you want.”

WIDE OPEN RACE
It’s a wide open race for Liam MacCarthy in his view. “When Kilkenny were on top, they were way ahead of everybody else. It was Kilkenny at the start and Kilkenny at the finish. Now, it’s a different ball game. Every team will feel they can win the All-Ireland, never mind the Munster or the Leinster title.”
Farrell is familiar with Liam Cahill and feels that he will be determined to succeed in his first season in charge. “I’ve seen him at all the college games. Even challenge games we had with Limerick IT, he was watching Waterford fellas. He was about one of five that were there! Just watching. That’s what you want. He’ll be out to lay down a marker straight away. That Waterford team will feel that they’ve been very near, unlucky against Galway a few years ago. They’ve been very near without getting their full reward. Liam Cahill is inheriting a team that is hurting. They just haven’t got over the line. They’re outsiders in Munster but that doesn’t mean they’re not capable of winning it.”
Cork in a Munster semi-final is a favourable championship starter for the new manager. “I think it’s a good draw. With Cork, every year you think it’s their year. The year Limerick won it, they were up six points with six minutes to go and they were caught. If you can get stuck into them, they don’t really like the heat which I expect Waterford to bring to them.”

DE BURCA A HUGE BOOST
The return of Tadhg de Burca from a cruciate knee ligament injury should have a calming effect. “He’s a fantastic hurler; he’d make any team. His presence alone will help fellas on the pitch. When he gets on the ball you know he’s going to do something correct with it. He’ll do the right thing and he’ll do the right thing under pressure.”
Even without the recently retired Shane Dowling, Limerick are still the team to beat. “Last year, Limerick would have been disgusted with themselves because they would have felt that they let an All-Ireland slip. I think they’ll be hurting. They’re playing to a system and if you don’t know how to play against it, you’re in trouble. This is their golden period, these few years. They’ve reached the top and now they want to do it again. You have to be a good team to win an All-Ireland but to put it back to back you have to be a great team and it’s very hard to do in the modern day.”
The plum tie in the Leinster championship is between Galway and Wexford. The Tribesmen made tracks in the league under new management with a home win over Tipperary the standout result. “Shane O’Neill came in and he was getting to know them and by the end of the league, he was finding his feet. It takes a bit of time. I saw them training early on and it was geared for later on in the year. Now, the whole thing has been disrupted. He has a good panel. Joseph Cooney is back from Australia, he’s a big help to them. You need everyone hurling, your top twenty. It’s great to have him back. If Galway get their act together, it’s like a jigsaw with them, they have the pieces. If they put the pieces together, they’ll be hard to beat.”

WEXFORD ARE SERIOUS CONTENDERS
Davy Fitzgerald is a man that Cyril knows so well from his time with LIT. He rates Wexford as genuine Liam MacCarthy contenders. “The fittest team in the country at the moment would be Wexford without a shadow of a doubt. That will give them an edge early on anyway. Serious contenders. Don’t underestimate them. They’re waiting for this year to come since last August.”
The new championship comes with a weather warning from Farrell. “What I’d be thinking of is not so much the ground but the weather. They could playing with a storm blowing, which happens in a lot of our winters, and wind and rain. A storm can spoil a game, it just kills a hurling game anyway.”
He still thinks that skill and speed will prevail over size and strength in the depths of winter. “Even in the wet and the muck, it’s all about first touch. If you get your first touch right, you have it. It can be harder in the wet weather for the first touch but the most skilful player will still come out on top, maybe more so than people think!”

COUNTY TRAINING
Cyril Farrell feels that it’s up to county boards to prevent managers from organising inter county training sessions before the official return date of September 14.
“If every manager didn’t touch the players it would be lovely but you know and I know that won’t happen. It’s the chairmen that have to run it. They know what’s happening and they’re supposed to run their counties. If a manager is strong and wants to win an All Ireland, he’s going to say ‘we need them as well’.”
He believes that the leading counties are back in training for the championship already. “It is going on. Let’s not hide behind a ditch, clubs are training and so are counties. All the top counties are in Munster and in Leinster. They might say they’re not but they are.”
He hopes that players won’t suffer as a result. “The big thing is to take care of the players, the lads that are trying to keep the club happy and trying to keep the county happy. That’s where you could have injuries. They’ve been doing Zoom work and doing work in the gym but it’s a different ball game when you hit the pitch.”