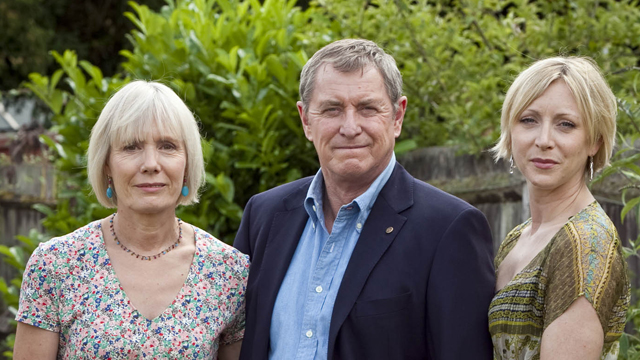 OH! There’s nothing like a good who-dunnit murder mystery. It’s a fascination with me that goes right back to the fifties when I was allowed stay up late to listen to the radio. BBC Light’s ‘Murder Mystery Playhouse’ ran every Wednesday night at 8pm and the dramatic hook was to guess who done it.

My mother was a dab hand at unmasking the dastardly villain by naming every single member of the large cast as the scheming murderer/murderess and then declaring with immense delight to all and sundry: ‘I knew it was him/her’.

That’s the secret of murder mystery – a large cast where everyone has a motive and something to hide. Conversations are rarely finished. The suspect always seems to have something to do, someone to see or somewhere to go. Nevertheless the smell of suspicion hangs in the air and the audience is always one step ahead of the detective. Or, at least, thinks it is.

Location is everything in a who-dunnit. An Orient Express, a pyramid along the Nile, an isolated large Gothic house in the middle of nowhere where some doors can never be opened on the instructions of the newly-murdered victim. After all, a murder in a nunnery or a winery offers infinitely more atmosphere and possibilities than a crime at the local newsagents.

That’s why I love ‘Midsomer Murders’ in the green and verdant Midsomer Barton where everyone, with an agenda or a secret past, has bought an escape house in the country – not realising of course that it’s the murder centre of Europe.

The design of the programme is a delicious mix of massive mansions, Gothic baronies, thatched cottages with multiple rooms and de-rigeur OMG exposed beams in quaint knolls and amateur murderers just a committal-letter away from the local looney-bin.

Midsomer’s villains are to die for! I mean if you have to die violently, this lot are top-shelf killers of pedigree. Choristers, church-bell ringers – yes, yes I know… campanologists – classical music enthusiasts, boarding school principals and the odd one-or-two cheese makers and wine-growers.

We love a good villain and we just can’t wait to find out what makes them tick. The fact that some of them are hands-up-pants-down fruitcakes with psychotic delusions that defy psychological analysis never daunts us as we are always one-step-ahead of everyone in the story. Or at least we think we are. “So,” asks the doubting missus, “just why exactly did he kill them?” And I was stumped. I knew why he had killed the first one but the other two ne’er-do-wells were still a mystery to me as I hit the feathers.

There’s a definite pattern to murders in Midsomer Barton. There are always three with the last two being high up on the list of suspects while everyone seems intent on doing in the first victim. These victims have a lot to die for with multiple affairs high on the list of motives. “I might have been his wife but I hated him with a passion” is a frequent comment from the dear-departed’s caro spouse. My own favourite comes from Mark Twain: “I didn’t attend the funeral, but I sent a nice letter saying I approved of it.”

Victims here die like butterflies in themed-park murders and the murderers always turn out to be the least likely ones. My own favourite was Sian Phillips – once married to Peter O’Toole – who was the unlikely murderess who managed to push a Russian spy, the size of a door, to his death from a balcony. She also managed to shoot another victim – with a crossbow at dusk, if you please – from a distance of 200m, while travelling on a quadbike. And all this at the tender young age of 82. Even Carlsberg don’t manufacture grannies like that.

An interesting detective with a comfortable backstory that we can identify with is vital. Detective Chief Inspector Barnaby of Colston C.I.D. has a wife who is an appalling cook with a magpie-like interest in all things local that drags him off to book-launches, art-exhibitions, wine-tastings and themed village-fetes that are just perfect for a quirky murder. The detective is the lock that holds the whole edifice together and leads us on to believe in a suspect that never turns out to be the murderer – despite our belief that we are always one-step ahead of him in the sleuthing department.

Weapons and clues are everything. The more bizarre the better. A medieval catapult that flings vintage wine bottles at a wine-connoisseur pinioned to the ground with an ‘x-marks-the-spot’ t-shirt rings a bell while a murder weapon such as a bust of Chopin, Hamlet’s sword or Macbeth’s axe in an am-dram or a plain old bottle of vintage-arsenic is just the ticket to lead us to the villain.

And there’s always the sense that many of the victims got what they deserved. A lot of them suffer from the arrogance of class. They have a natural capacity for ordering people about and treating them like dirt when they don’t do what they want, think like they want, how they want and when they want it!

Still, we just love to see the villain get his comeuppance as he is hauled off to the clink – having given an explanation of what exactly was going on – and we are left to sleep safely in the feathers with the knowledge that evil never triumphs. At least not with Neil Dudgeon as Detective Chief Inspector John Barnaby on the case who recently replaced John Nettles as DCI Tom Barnaby.

Tom Barnaby’s exit line was to die for. “You’ll have to excuse me,” says Tom, after receiving a telephone call in the middle of his retirement bash, “there’s a vicar hanging from the belfry at Badger’s Drift.” 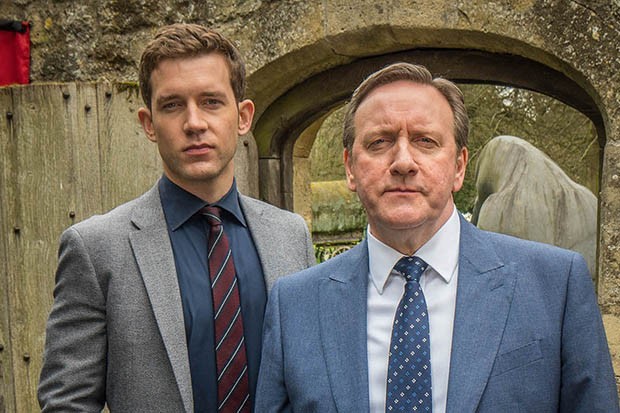