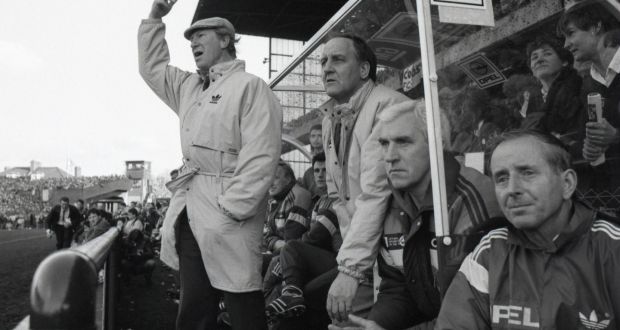 President Michael D Higgins has extended his sympathies to the family of former Republic of Ireland soccer manager and 1966 World Cup winner Jack Charlton who died yesterday at the age of 85.

“The news of the death of Jack Charlton will have been received with great sadness by those of us who took him to their hearts as he brought Ireland to some of our most celebrated moments in Irish sporting history,” said the President.

“He leaves a legacy of outstanding leadership of a group of players of many diverse talents, which he moulded into the successful team that captured the imagination of the nation. It was not just the success on the field of play, Jack’s endearing popularity also had much to do with the warmth and personality of the person who quickly became such a legendary sporting icon.

“From a family that loved soccer, he had many connections with Ireland, which he chose for one of his quietest recreations – fishing. Sabina and I send our deepest sympathies to his family, friends and his legions of Irish fans.”

Charlton, who’ll be forever known as ‘Big Jack’ by football fans in both sides of the Irish Sea, was diagnosed with lymphoma last year, having been previously diagnosed with dementia.

A statement released by Jack’s family read: “Jack died peacefully on Friday, July 10 at the age of 85. He was at home in Northumberland, with his family by his side.

“As well as a friend to many, he was a much-adored husband, father, grandfather and great-grandfather. We cannot express how proud we are of the extraordinary life he led and the pleasure he brought to so many people in different countries and from all walks of life. He was a thoroughly honest, kind, funny and genuine man who always had time for people. His loss will leave a huge hole in all our lives but we are thankful for a lifetime of happy memories.”

In a Tweet, the FAI honoured the “manager who changed Irish football forever. Our thoughts are with (wife) Pat and the entire family at this sad time”.

Jack Chartlon spent his entire 21-year club career with Leeds United, where he made a record-breaking 773 appearances, scoring 96 goals, a remarkable feat for a player who largely played at centre-half under the management of Don Revie. With Leeds, Charlton won one League title, the FA Cup, the League Cup, the Charity Shield and two Inter-Cities Fairs Cups (the forerunner to the modern Europa League).

Alongside central defensive partner Bobby Moore and with his younger brother Bobby the talismanic presence in the English team managed by Sir Alf Ramsey, Jack lifted the 1966 World Cup at Wembley Stadium when the host nation defeated West Germany in the Final. He wore the English colours on 35 occasions at senior level, scoring six goals.

He managed the Boys In Green to the 1988 European Championship Finals in West Germany, Ireland’s first appearance at a major soccer finals and steered Ireland to the 1990 World Cup Quarter-Finals in Italy. Four years later, Charlton led the Irish to the last 16 of the World Cup Finals in the United States, with his term as manager coming to end in Euro’96 following a play-off defeat to The Netherlands at Anfield.

A minute’s silence will be observed while black armbands will be worn in honour of the late Jack Charlton at all English Premier League games played this weekend.

His English Football Hall of Fame profile reads: “A World Cup winner and one-club man for Leeds United, Jack Charlton was the archetypal English centre-half; strong in the tackle, indomitable in the air and a leader in the heart of defence.”

Jack Charlton was the pride of the English North East and his beloved Leeds United. He also made an entire nation across the Irish Sea stand a little taller during an era of unprecedented soccer success. Rest easy, big man. And thank you.