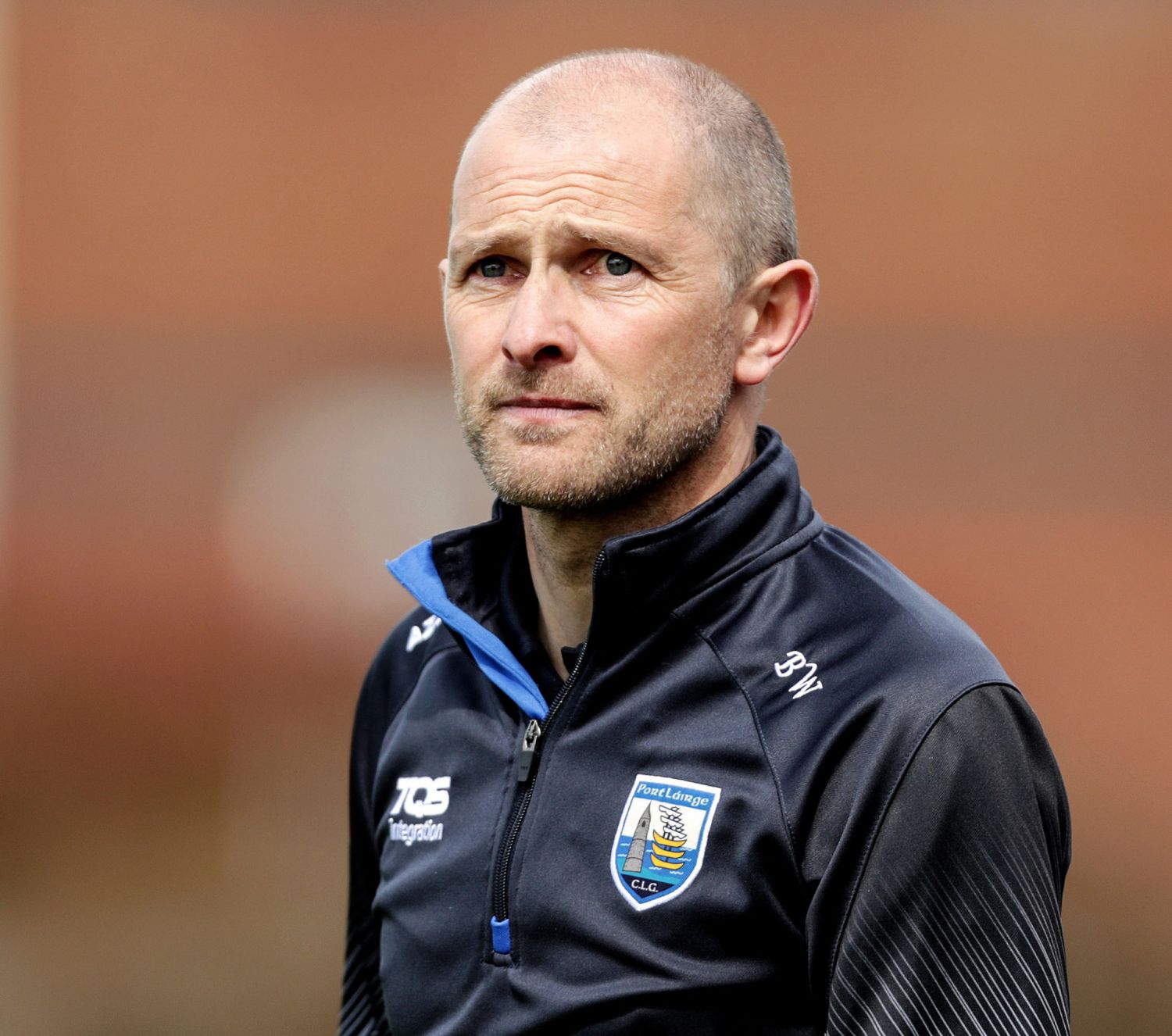 Déise football skipper Conor Murray believes that manager Benji Whelan has taken the sensible decision to let the players focus on their club football for now and that other counties should follow suit.
“Benji has been very understanding. He’s been leaving us off with our clubs. More inter county managers around the country could take a leaf out of Benji’s book in that regard. A month or two ago, it didn’t look like we were going to have any GAA at all. I think some managers are getting greedy now when they can see a bit of light at the end of the tunnel. There’s a lot to be said for a happy group of players. It would be hard to keep a group of players happy if you’re supposed to be training with your club three nights a week and then going with the county two nights a week. That’s five nights a week on the road. That’s only going to lead to tired players and injured players. Whereas if you leave the players with their clubs, you’re going to have a happier group of players. There’s a lot to be said for that.”

‘A LIFETIME AGO’
Waterford’s last competitive game was way back on February 29 against Carlow. “It feels like a lifetime ago! We didn’t do a whole lot during the lockdown. Most lads were doing something every day more just to keep sane than to keep fit. We’re getting back in the swing of it now.”
They will face London and Antrim in the concluding rounds of Division 4 before a do or die Munster quarter final against Limerick on the last weekend of October. A straight knockout system doesn’t concern the Rathgormack clubman. “It’s the best we could have hoped for. It didn’t look like there was going to be anything at all so it’s good to have something. We get to finish out the league. It’s just a pity when it did end up because we were starting to get a bit of momentum after the Sligo and Carlow games. It’s a tough ask going up to Antrim, they’re going for promotion so they’ll be gunning for that. The last two league games will be good preparation for the championship. I’m not sure what the story is with London whether they’ll get to come over or not. That depends on what the travel situation is at the time. The Limerick game is a great opportunity for us. We’re on the opposite side of the draw to Cork and Kerry so there’s definitely reason to be hopeful. We could have beaten Limerick in the league this year bar a few missed chances and a few silly mistakes.” 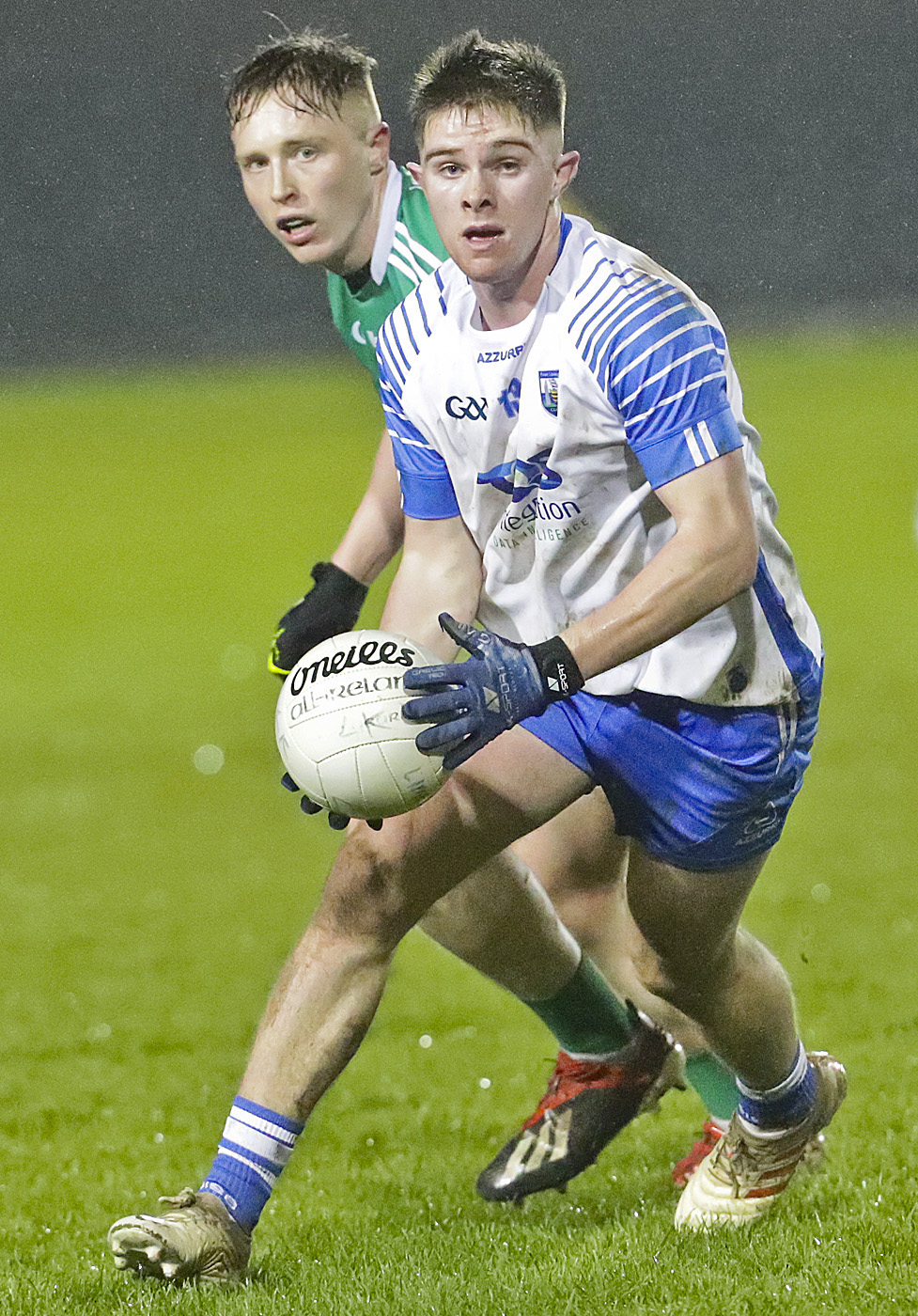 Waterford captain Conor Murray with the ball against Limerick’s Ryan Glynn during their Div.4 Allianz NFL game in Fraher Field in January. Conor has praised his manager, Benji Whelan’s approach to his players. Photo: Sean Byrne.

PENALTY COMPETITIONS
All championship games will be decided on the day so penalty kicks might be needed to break the deadlock. Murray has a couple of takers in mind already. “We’re lucky enough, we have Brian Looby and Darragh Corcoran who are fairly confident on the penalties! Looby has a proven track record! Everyone will start practicing. We used to do it the whole time at underage. At the end of training, we had a penalty competition and the winner would get a fiver. It might be something we bring back in!”
Murray got back on the grass with Rathgormack when club pitches reopened. “It was great to be back. We never saw numbers like it before! Everyone was just mad to get back out and do a bit. What you’d miss most about it wasn’t even the game itself, it was just seeing the lads and having the craic at training. It’s great to have it back.”
The 2019 county player of the year is savouring the novelty of summer football. “It makes a big difference from doing your pre-season in winter. The fixtures are set, you’re training on hard ground, long evenings. It’s great. There’s a lot to be said for it. I know there’s a lot of talk about fixtures and all that. It’s definitely very enjoyable at the moment. You know when your games are and you’re training on hard ground and in good weather. That’s what you want.”