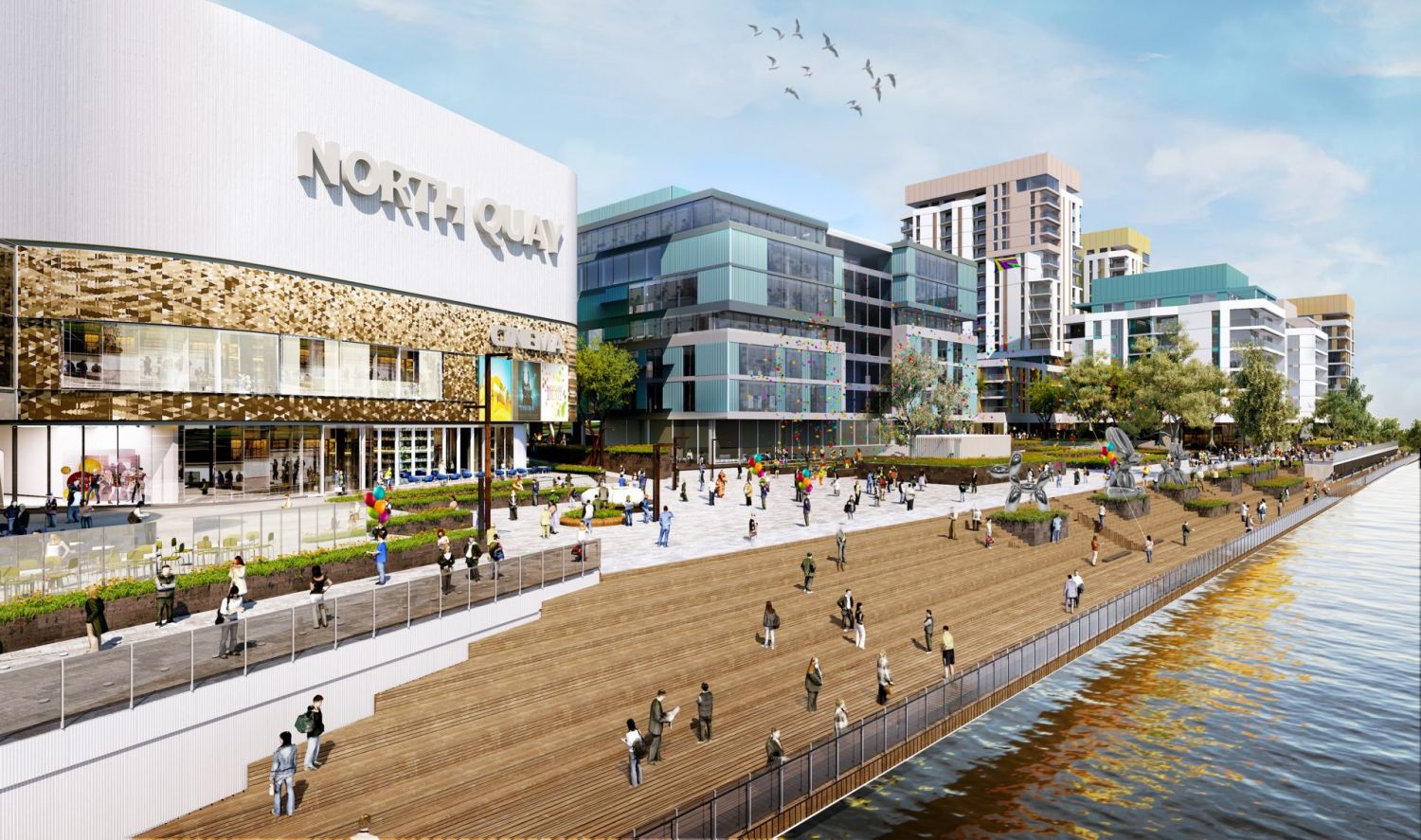 THE suggestion that the developers behind the North Quays are to make a presentation of their final plans to Kilkenny County Council before Waterford City and County Council has been refuted by the Chief Executive Michael Walsh.

Cllr Adam Wyse reminded the Council’s Plenary meeting that Thursday last was to be the day that the final planning was to be put before the Chief Executive, but it was pushed out to Friday when the green light was given.

Cllr Wyse went on to say that he was told that Kilkenny County Council invited a representative of Al Hokair to their Council Chamber to discuss the North Quay’s plans in detail. “The Kilkenny County Councillors will actually be seeing the final plan and will have an opportunity to raise questions, issues and concerns with this grouping before the Waterford Councillors do and the Waterford public see it. I think that’s completely wrong,” he said.

As it is the largest infrastructural investment in the last 10 years in Waterford, he felt it was imperative that the Waterford representatives see the plans first and be given an opportunity to directly discuss it with the developers.

In reply, Mr Walsh said he wasn’t aware of the company making presentations to anyone else, going further to say, “I’m assured they are not making a presentation to Kilkenny County Council.”

Mr Walsh said he would be happy to look at getting the developers to make a presentation to Waterford Council over the next month or two. As there is a contractual relationship between both parties, Mr Walsh said he was concerned about bringing contracted parties into the public domain. “It’s not the right way to do things and has never been done before, never in my nearly 40 years of experience,” the CEO said, adding he was somewhat unhappy about it. He stressed he was happy to answer any questions and added that it wasn’t an attempt to be non-transparent.

In response Cllr Wyse reiterated that an employee of the company told him they are accepting an invitation to speak to Kilkenny County Council. He emphasised that €100m of taxpayer’s money is going to be spent on the project, and that it was only right that everyone gets to see the plans. Other councillors also agreed.

Meanwhile, John Paul Phelan Fine Gael TD for Carlow/ Kilkenny spoke to KCLR FM about the granting of permission for the ambitious project. He said existing businesses in Waterford City would have had concerns about the scale of the North Quays, which comes right to the Kilkenny border. He added that Ferrybank is the second biggest population centre in County Kilkenny, and the development will require a second river crossing approximately from University Hospital Waterford across the river Suir to Abbeypark/ Abbeylands area, linking back round to Mullinbro to Grannagh.

He assured that public money is only being spent on transport infrastructure, including the pedestrian bridge crossing and the moving of the train station from its current location. Regardless, if the North Quays gets built or not he said the infrastructure will have a positive impact on Waterford and south Kilkenny. His only criticism is there’s not enough housing planned for the development site.