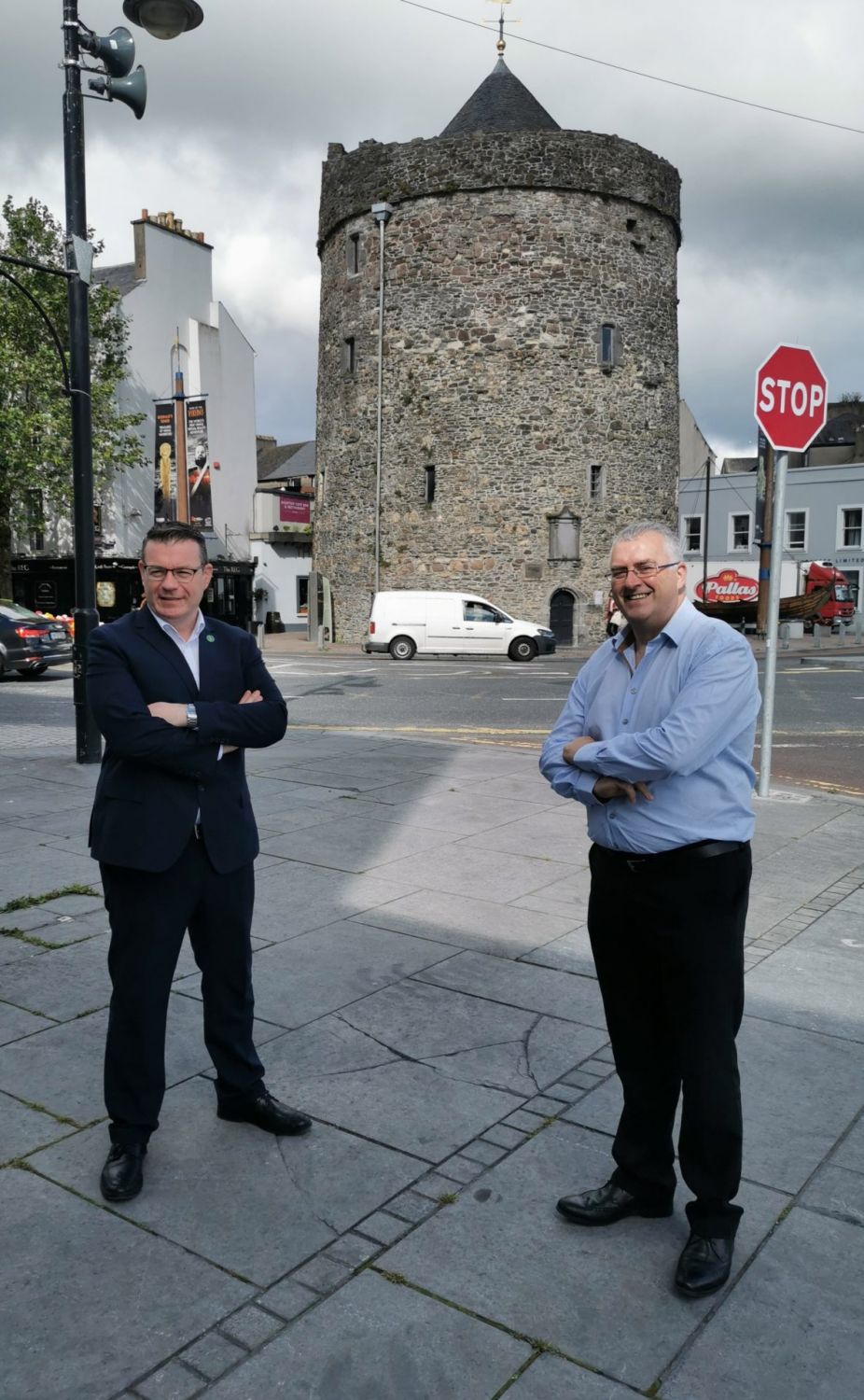 New Labour Party leader Alan Kelly pictured in Waterford city with Councillor John Pratt, who is likely to stand for the party again come the next General Election.

“University status in this region needs to be settled once and for all,” Deputy Kelly told the Waterford News & Star on his first visit to Waterford since succeeding Brendan Howlin. “And the one thing I would ask for on this issue is for the nettle to be grasped and actually execute a decision in relation to university status.”

On June 22, the Waterford branch of the Labour Party (including its four City & County Councillors) called for a time limit to be introduced on the TUSE talks between WIT and ITC. “After that, WIT needs to be supported to become a University in its own right,” the party stated last month.

“It is the view of the Waterford Labour Party constituency that if substantial movement hasn’t been made by the start of the next academic year in September, that Waterford IT must be allowed to revisit the option, provided for under the Universities Act of 1997, to submit a standalone application for university upgrading, with necessary support.

Deputy Kelly, who toured the constituency on Friday last, added: “So plough and get it done or else actually say, do you know what, Waterford actually deserves (standalone status). It would be some statement from a government and it would be a lifetime changing statement, one that a government which is going into very difficult times, would be remembered for. They should seriously look at that and if I was in government I’d be looking at that because I believe Waterford now deserves, proportionately, to be positively looked at in a way that hasn’t been done previously.”

“It’s up to Mary Butler to deliver on the North Quay.”

Deputy Kelly, the former Environment Minister who oversaw the designation of the North Quays as a Strategic Development Zone (SDZ) with then government colleague Paudie Coffey (FG) hopes that the required capital funding will be allocated to the project.

He stated: “It’s up to Mary Butler to deliver and we’ll she if she does deliver.” Given her stance on the Waterford/Kilkenny Boundary Review, initiated by then Minister Kelly (she called for a plebiscite to held in the review’s ‘Area of Interest’), did that give the Labour leader cause for concern? “I’d be very worried. I think it’s time for Minister Butler to step up and represent Waterford and deliver at the government table. She’s now in government, she does have a role and Waterford now needs a complete focus, it needs a holistic approach across the whole county but the city in particular needs a focus and it’s time for her to step up and deliver on this capital investment. There’s a July stimulus coming out in a couple of weeks and funding for projects like the North Quays is something that I’d be looking to because during crises like this, when you need to get people back to work, you have to develop labour-intensive projects. And a project like that would be very labour-intensive and would be a big boost for the area and let’s see if she can deliver it.”

Speaking to Darren Skelton this week, Minister Butler commented: “On Monday last I met with the Chief Executive of Waterford County & City Council to discuss the North Quays development and I have since organised a meeting between Michael Walsh and the Minister for Public Expenditure & Reform (Michael McGrath). I will also be meeting with the Minister for Housing, Local Government and Heritage, Darragh O’Brien this week to discuss the development. I will continue to drive and promote this project as a member of Government.”