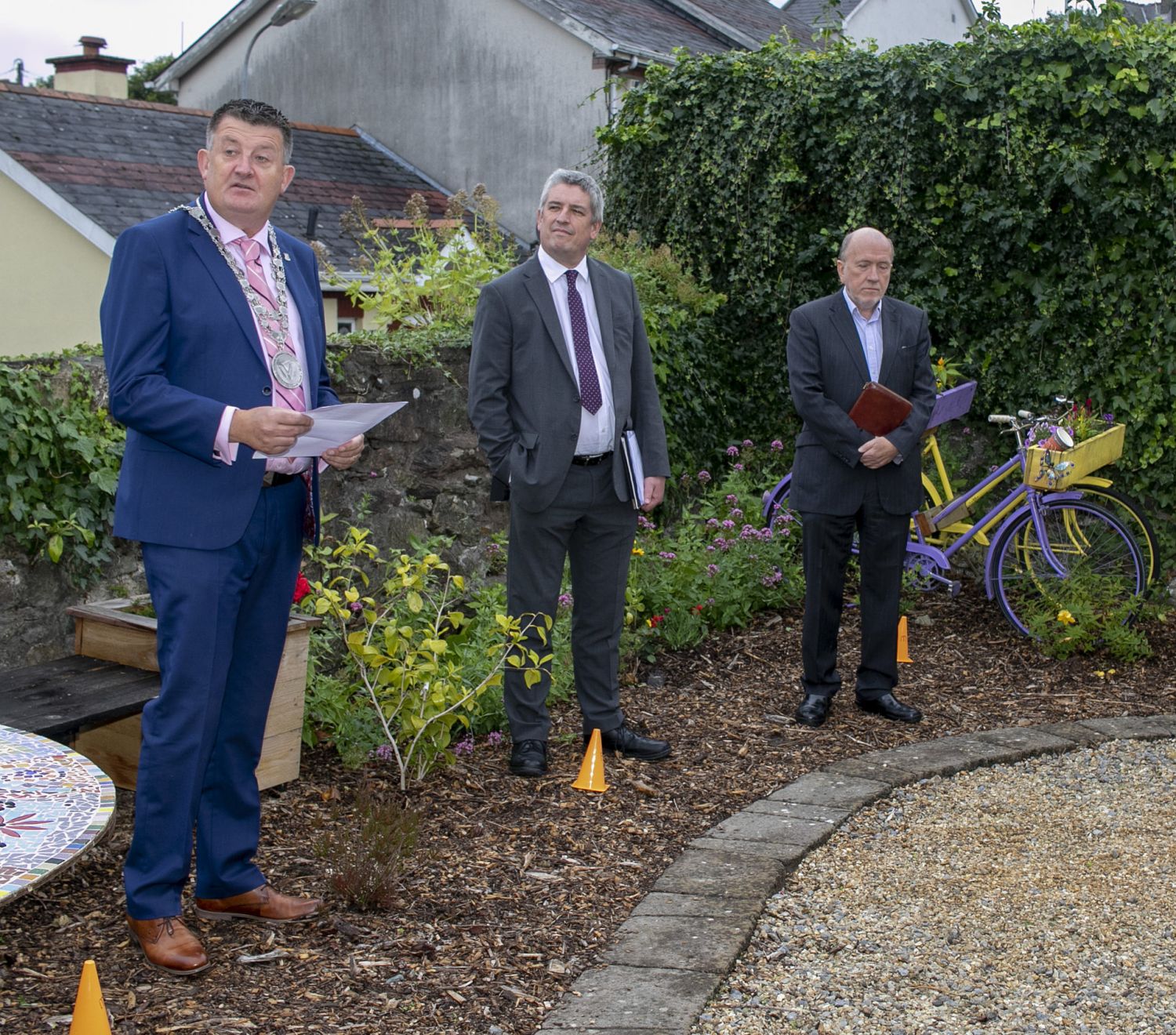 SEVENTEEN graduates of Focus Ireland’s PETE (Preparation for Education Training and Employment) programme in Waterford shared 38 awards which they proudly held high at a ceremony held at a renovated Parliament Street garden on Thursday last.

PETE, which convened in 2009, is, according to Focus Ireland Chief Executive Pat Dennigan “a crucial support for our customers in building confidence and providing them with a pathway towards further education and to develop their career”.

At a ceremony in which physical distance was maintained, Mr Dennigan added: “As you will be aware the work of Focus Ireland is driven by the fundamental belief that homelessness is wrong. We also believe passionately believe that everyone deserves the opportunity to grow and flourish in their studies and career. PETE is also a tribute to the hard work of those involved with the Focus Ireland team across all our departments in the South East, Limerick and Dublin.”

In his first city-based public function as City & County Mayor, Councillor Damien Geoghegan (FG) acknowledged the “hard work of the Focus Ireland residents and volunteers in creating this truly wonderful space which certainly enhances and adds to the beauty of the area”.

Mayor Geoghegan added: “The PETE Focus Ireland Garden Project is based upon the concept of improving our community and locality through the combination of creative arts and gardening and there’s no doubt that you have certainly achieved that through your work. The garden project was chosen as a means of bringing people together. It was and indeed is about bringing together local artists, gardeners, volunteers, education workers, Focus Ireland residents, local businesses, local enterprises and other community-based projects. It’s about collaboration and co-operation. It is in fact this very approach and this collaboration of people from various backgrounds that is a vital and key factor in achieving success.”

And the programme appears to be creating the desired impact. In the past year, 22 PETE graduates have advanced to further education while eight more have secured employment.

One of last week’s award recipients was referred to PETE by her case worker three years ago and in the interim has undertaken courses in Interior Design, Health and Wellbeing, Creative Arts, Driving Theory and the Garden Project.

“I was interested in the Garden Project as it allowed me to meet new people and being part of a project has helped me to realise what I want to do in the future,” she said. “I would love to work with children on garden projects and go on to do further studies in horticulture. I am also hoping to go on to study Psychology as an adult learner at WCFE (Waterford College of Further Education).”

She added: “Covid-19 came just as we were planning for the opening of the project in April. We had to stop work on the project here in Parliament Street but we continued to keep in touch with PETE…I began my own gardening project at home and documented the progress week by week and shared that project with our team. I feel that I have grown in confidence as a result of being part of this project and I hope to take what I have learned along the way into more new projects and further education. I am very proud of myself and everyone who has contributed to this project along the way. It’s wonderful to be here today – and Covid-19 didn’t stop us!”

A special thank you was also extended during the ceremony to Creative Waterford who provided funding for this garden project at Parliament Street. 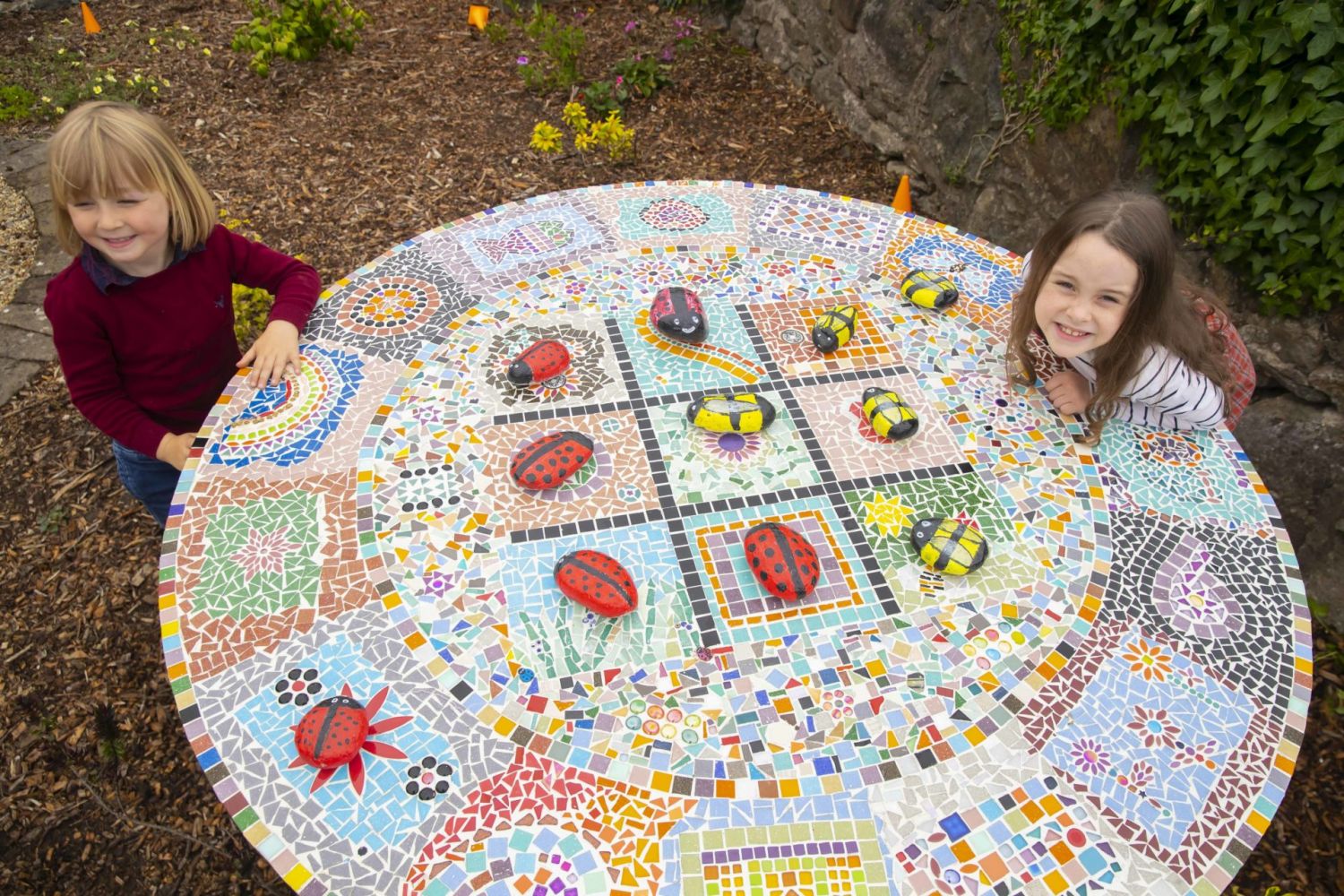