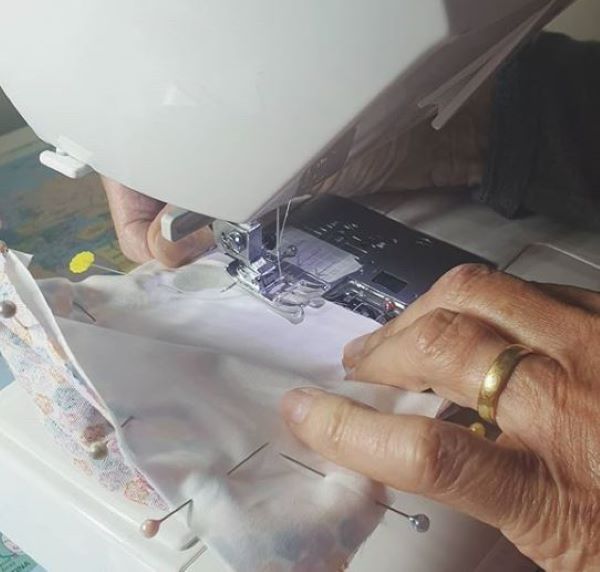 A TRAMORE woman has raised a staggering €6,500 for the Irish Hospice Foundation by hand-sewing more than 500 facemasks.
Mary O’Reilly, (or ‘The Owl One’ as her Instagram handle reads) is firmly embedded in the Tramore Hospice Support Group, who regularly raise funds through their popular monthly coffee mornings.

‘Face Masks for Hospice’ was aided financially by Mary’s two son-in-laws, Declan from Evoke Kitchens and Noel from O’Neill’s Bar, Tramore. Their generosity meant that 100% of the proceeds could be donated to the Irish Hospice Foundation.
This selfless undertaking was very much a family affair, from daughter Teresanne’s web design, daughter, Sineád’s eye for fabric; the patience of Mary’s husband Pat, and the many helping hands from grandchildren.
Mary worked tirelessly to raise much needed funds, recognising that their annual donation to the foundation would be heavily impacted as a result of the restrictions on group gatherings at coffee mornings. Having always had a flair for sewing and craft, Mary put her natural skills to excellent use and produced fashionable, reusable and limited-edition face coverings.
Elastic was donated at a time when there was a national shortage, by John O’ Donnell at the Singer Sewing Centre, Waterford and Kilmacthomas’s Joan Smith.

Mary’s efforts are fuelled by her sentiments that “terminal illness doesn’t go away just because another disease has come along. Terminally ill patients are still fighting and the Irish Hospice Foundation allows them to do that with dignity.”
Almost €4,000 was raised in the first two weeks, meaning that although the Hospice Sunflower Day could not go ahead as planned, the O’Reilly family and their wise ‘Owl One’ came together in a cohesive, caring gesture at maintaining support for those in need.