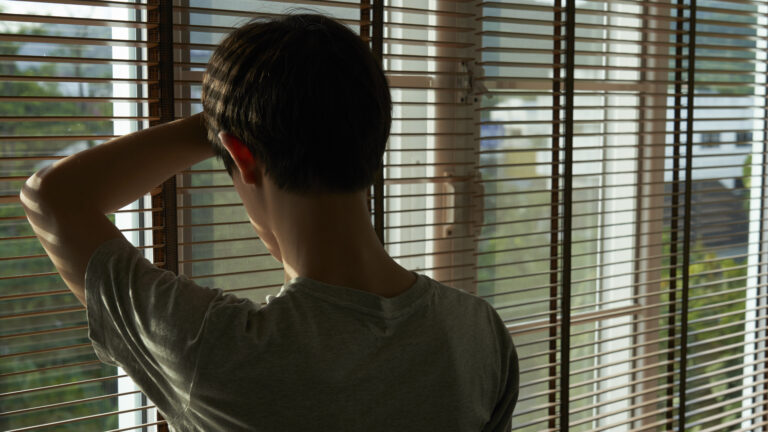 WITH two sons on the autism spectrum, Paula Dalton’s lockdown experience was daunting and oftentimes lonely experience. However, routine has kept things consistent for Paula, her partner, Keith and her sons Rhys (16) and Ethan (8).

Lockdown routine
“Every day, we would get up and start our schoolwork,” she said. “My younger boy struggles with being outside, so lockdown was actually heaven to him. The flipside of this though, is that he doesn’t actually like missing school so he really did struggle with this change of routine at first.”
Often, when routine is disjointed or a child with autism is without supports, signs of regression are noticed.
The fear of regression during this time worried Paula, she said “the impact of lockdown became clear when we realised we couldn’t see anyone for help. There was no drop-in clinic for child psychology. For the right reasons, everything was shut down. You feel very alone when everything shuts . My youngest, Ethan is stimming and hitting himself much more since the start of lockdown. We are trying to redirect this when it happens but it is incredibly difficult.”

Paula’s household, like many has not experienced the benefit of restriction relief as she and her sons are cocooning. Paula’s older son, Rhys, suffers with his health and in order to keep him safe, the family have been keeping indoors and not seeing visitors.

“He was happy not to have a party in the typical sense because he isn’t comfortable socialising. It’s ok at school in a structured environment where he expects socialising, but at home he doesn’t play with the other children in the area. Having a speech delay, he has anxiety over that, but he is also extremely sensitive to noise and smells. Something as simple as someone wearing a new shampoo can have him gagging and physically sick. We got a big, big cake for him-he doesn’t eat cake but he likes there to be cake at birthday parties.”

Intervention
An added worry since March has been the frequency with which Paula has had to attend hospital with Rhys, due to his ongoing medical issues. There were phonecalls, onsite hospital visits and emergency appointments in University Hospital Waterford (UHW), and Crumlin Children’s Hospital.
“We were in Crumlin for maybe six-and-a-half hours in total. The country was in lockdown, I don’t drive so my partner drove us. We had to bring Ethan with us because my parents are high risk and we couldn’t leave Ethan, and he won’t stay with just anyone, there has to be trust and a routine built there,” Paula explained. “They were sitting in the car all that time trying to keep each other entertained, and that was just cruel. I was so aware that poor Ethan was out there in the car all that time.”

Towards the end of the lockdown, Rhys was starting to struggle with the changes. He was missing his friends, his family and the careful routine which has been developed for both boys. During schooltime, his school ran yoga three times a week online with the other students in the class, and this went a long way toward establishing a new routine, which something concrete to plan around three times a week.

“When that all finished up, he really did struggle. He wouldn’t have many friends outside of school and while people were beginning to go back outside, he couldn’t because he had started new medication and this put him in the extreme vulnerable risk category.”

While supports were there, albeit in a limited manner, the very fact of the break in support routine meant their benefits were heavily reduced.
“Rhys had phonecalls with CAMHS(Child and Adult Mental Health Services) but when he came off the phone, it would be clear he was struggling. He didn’t say everything he would normally say to them because it was harder over the phone and a change in routine.”

Regression was noted in Rhys’ thought-pattern over the last few months, something which Paula had to sit and work through with him, in lieu of any face to face supports. Using a traffic light system, Paula established with Rhys whether the situation is an warning light, or an emergency situation. With an occupational therapist, they had built a sensory toolkit so that strategies could be implemented quickly in order to address the situation immediately. These had been developed with the possibility of Rhys needing help at the weekends or outside of office hours, but Paula could never have predicted that she would be relying on them for at least five months, if not more.

“If Rhys hits red on his traffic light system, it is an emergency and we have to ride through the storm together. We stay with him during this time because we have to make sure he is ok. We don’t speak unless he wants us to. Sometimes he needs a drum or Theraputty. Sometimes, for five or six hours we will just sit.”

In her own words, Paula and her partner are “on alert and always watching,” waiting for the situation to escalate or change. That sense of being on high alert was there for both Rhys and Ethan, as Paula was very aware of the indefinite halt of services.

Medical challenges
A change for Rhys to medication via needle meant that Paula had to learn how to administer this medication herself at home, having never done anything like it before.
Support came in the form of fast acting contact from the phlebotomist in Waterford who guided Paula through the unnerving process over the phone.

“Rhys wasn’t well from the new medication and I honestly feel like most of lockdown felt like being a nurse at home to the boys. I was on high alert, I was learning things fast, I was fighting fires all the time. Rhys’ arthritis took over, there were so many flare-ups as it hit new joints and he was trying to manage that as well as routine changes and emotional challenges.”

Waiting Lists
Ethan has been on a waiting list for two years to see the HSE Disability Services, but there is no sign of an appointment for him. His speech delay means it is hard for others to understand him, so Paula is hopeful of an appointment with a Speech Therapist this year. For an occupational therapy appointment, which will help with Ethan’s sensory difficulties, Paula believes it will be at least another full year before she is contacted with regard to an appointment.
“I am aware of sensory needs from Rhys’ history, so I am doing work with Ethan and pre-empting what he needs. I will do this until he has an appointment. I feel so sorry for a parent with no experience of sensory needs because when you realise how much a smell or a small noise can affect the brain, it just shocks you. “

The older Ethan is, the more dominant his sensory needs are- he now hits himself, screeches and makes a distinctive vocal sound. More recently, Ethan has develop a stim, a repetitive cough which developed when Rhys was in hospital two years ago, it hasn’t left him since. This repetitive stim may be a barrier to returning to school given the awareness around coughing.

Paula has put in place enormous supports for Ethan to make each day easier for him. She builds obstacle courses for him, incorporating physio balls, pushing, pulling, bouncing. This fulfils his tactile sensory needs but she is at a loss when it comes to addressing the sensitivity to smells, which sees Ethan physically vomit when a smell is particularly strong. It is impossible to control an environment outside the home and so Ethan is reluctant to leave the house, frightened of encountering a sensory onslaught, which would see him physically sick in public.

Future
With both boys having such different and complex needs, Paula does not have much sleep at night, never more than three hours or so each night. The mum-of-two is frank about the reality that she will have at least one of her sons with her at home forever. Her experience of having two boys, both attending a special unit in school, is not unique but it paints in a harsh light the increasingly multifaceted role of the parent, from nurse to counsellor to occupational therapist, when facing lengthy waiting lists and lack of supports.