A permanent home for the Rogue Gallery 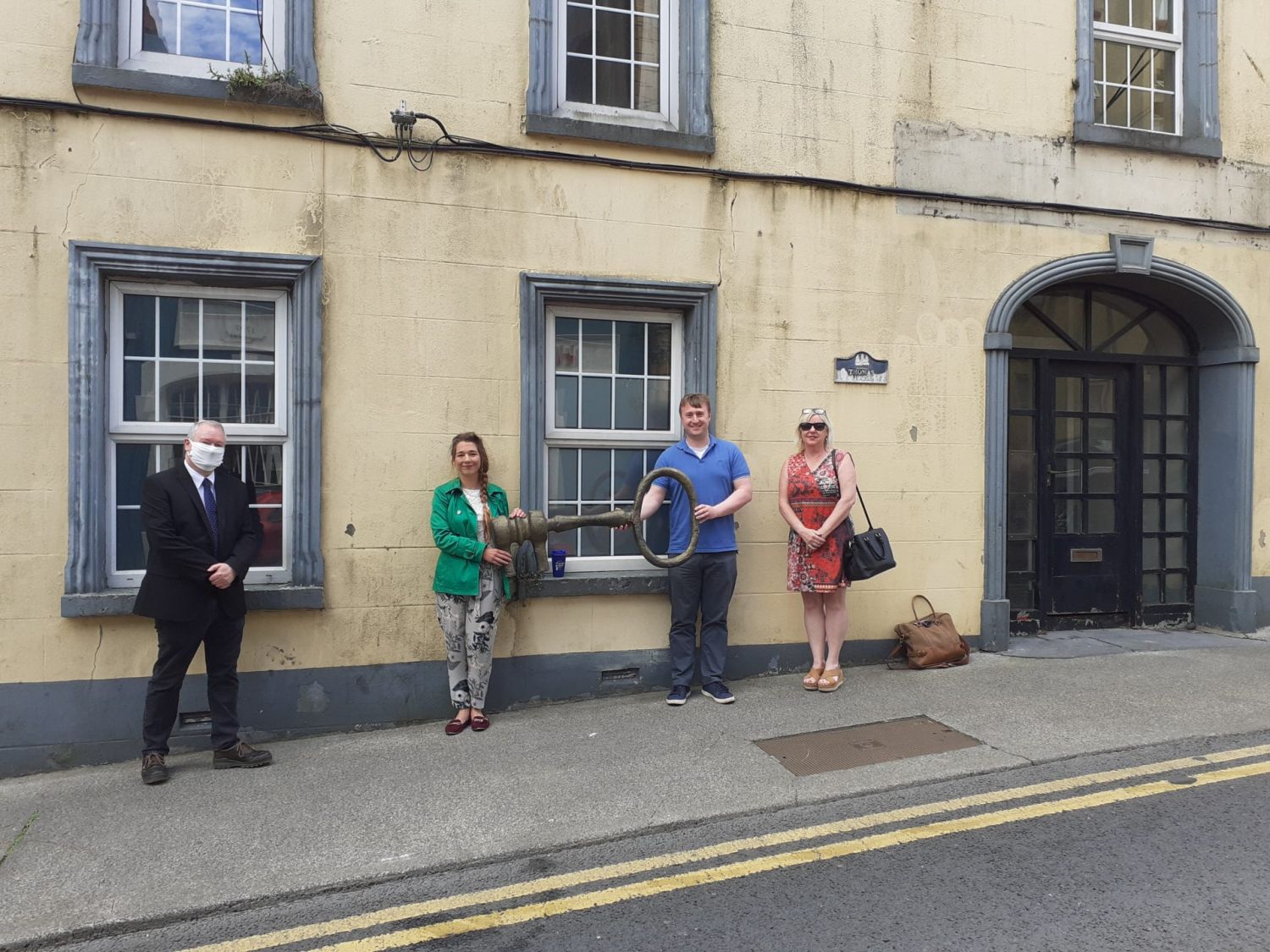 LAST week, it was announced that a permanent home has been secured by Waterford Council for the city’s Rogue Gallery. A four-storey building on Thomas Street is set to house the gallery on the ground floor, with further space on the first floor for another artistic group.
Waterford Council have purchased the building with a view to converting the top two floors into apartments, aimed at relieving the inner city housing waiting list.
Speaking on site last Friday, July 17, Councillor Eamon Quinlan (FF) said, ‘This is a major advancement in terms of infrastructure supporting our artistic scene. Artists need places to work from, put on exhibitions, perform etc and we have been struggling in recent years to acquire enough properties in our cultural quarter to make this a reality. I got involved in this when I was asked to assist Rogue Gallery some months ago. Thanks to our compulsory purchase order on the properties on Michael Street as part of the north quays project, Rogue was going to lose their premises eventually. Evicting a gallery without somewhere to go would be an incredible loss. I approached our housing department about our plans for the cultural quarter.’
Council Arts Officer Conor Nolan said ‘this is an important milestone in the development of the cultural quarter as it effectively doubles the amount of space open to the Council to host various groups in the coming months. The great work of all our staff such as Katherine Collins, Jane Cantwell and Kieran Kehoe has been visionary in cultivating a cultural quarter faster than almost any other city by comparison. Today is a significant win for all concerned’.
Rogue’s artistic director and founder Janie Kavanagh said ‘,The Rogue Gallery and Studios came into existence in 2015. Our goal is to show that art is not an elite occupation, but a creative spirit that lives within us all, and that can be harnessed to effect positive change in the communities we live in.’
It was with a heavy heart that we heard that we would potentially lose our space to the development of a new shopping district within the city. We are incredibly grateful for the support of all our volunteers and resident artists in conjunction with the Council, particularly Kieran Kehoe, Katherine Collins, Jane Cantwell, Conor Nolan and of course Eamon Quinlan, who was instrumental in sourcing this new building for the Arts community of Waterford and we cannot wait to move to our new home within the cultural quarter’,.

It is understood that contracts between Rogue and Waterford Council are at an advanced stage for the first premises while the Council’s arts department will seek expressions of interest from any other interested groups in the coming weeks to take over the second available premises in the cultural quarter. It is hoped to occupy both and have them open to the public within the next few months.