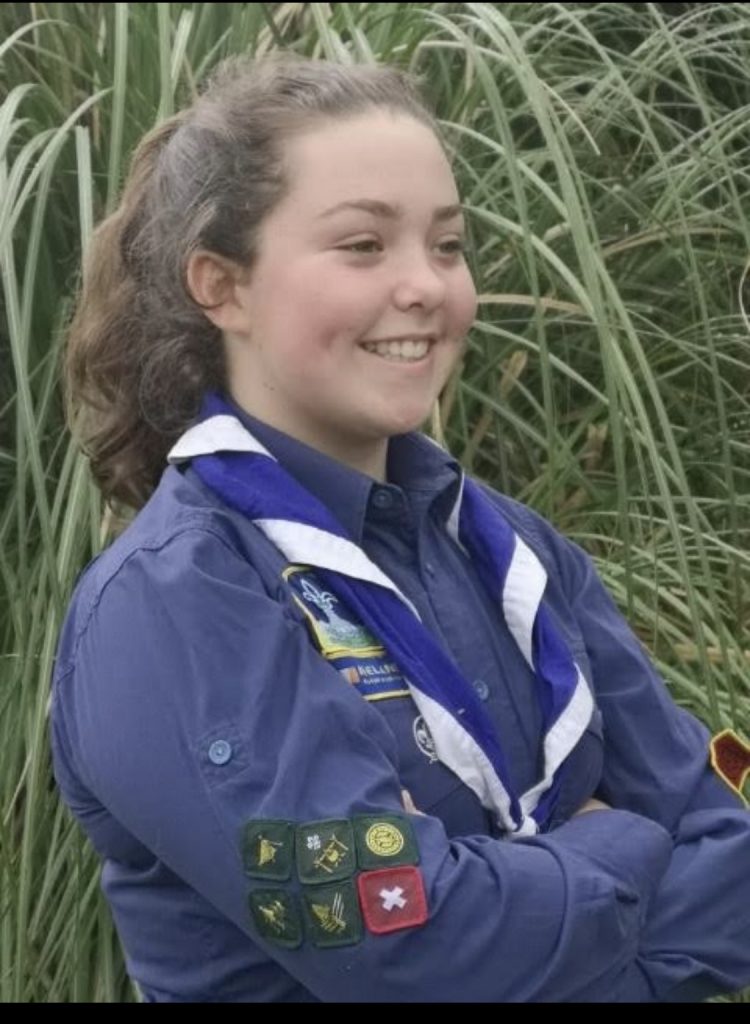 A LOCAL scout put her training to good use recently when a man collapsed in front of her and began having a seizure. Fourteen-year-old Georgia Grant from St. Paul’s Scout Group was in John Roberts Square with her friends on a busy Saturday afternoon when out of the corner of her eye she saw a man “throwing his cane in the air and falling hard on the ground”.

“I turned to my friends and shouted that we have to help him,” Georgia said. “I ran over to him and knelt down beside him, in the hope that I could talk to him. There were a few adults standing around, but they didn’t seem to know what to do, as they were just staring.”

Georgia rang 999 and told the operator that the man was having a seizure. Unfortunately, Georgia was having some sound issues with her phone and the operator couldn’t hear everything that she was saying.

“A man came over and put a jumper under his head because he was banging it quite severely whilst having the seizure,” Georgia said. “I did all of the things that I learned in scouts such as checking his wrist for a band that could have told us what was wrong with him and what we were supposed to do. There was nothing there so I checked his pockets as my aunt’s neighbour has epilepsy and sometimes she will carry anti-seizure tablets around with her, that she puts under her tongue. As I went to check, he had another seizure.”

At this time, Georgia spotted two guards up by Claire’s so the man who had been helping her ran up to get them while she tried to reassure him that help was on the way.

“He was saying some words but I couldn’t understand them because they were in a foreign language,” Georgia said. “As the guards arrived his seizure stopped and they were able to help him up on to a chair while we waited for the ambulance to arrive. It was a very scary experience but I’m glad that the man seemed to be okay.”

Pat O’Connor, Scout Leader in St. Paul’s, told the Waterford News & Star that they were “extremely proud” of Georgia.

“This is exactly what the scouts prepares people for,” Pat said. “We provide training in first-aid, keeping calm and working as part of a team but we never really know if when the chips are down, in the real world, they’ll be able to put those skills into action. Georgia is one of those quiet girls who rarely puts her hand up, but when she found herself in an emergency situation, she did one of the fundamental things that scouts are trained to do, which is to keep calm and get help for the victim. Georgia did herself, her family and the group proud by her actions and I’m sure the man she helped is quite thankful too.”