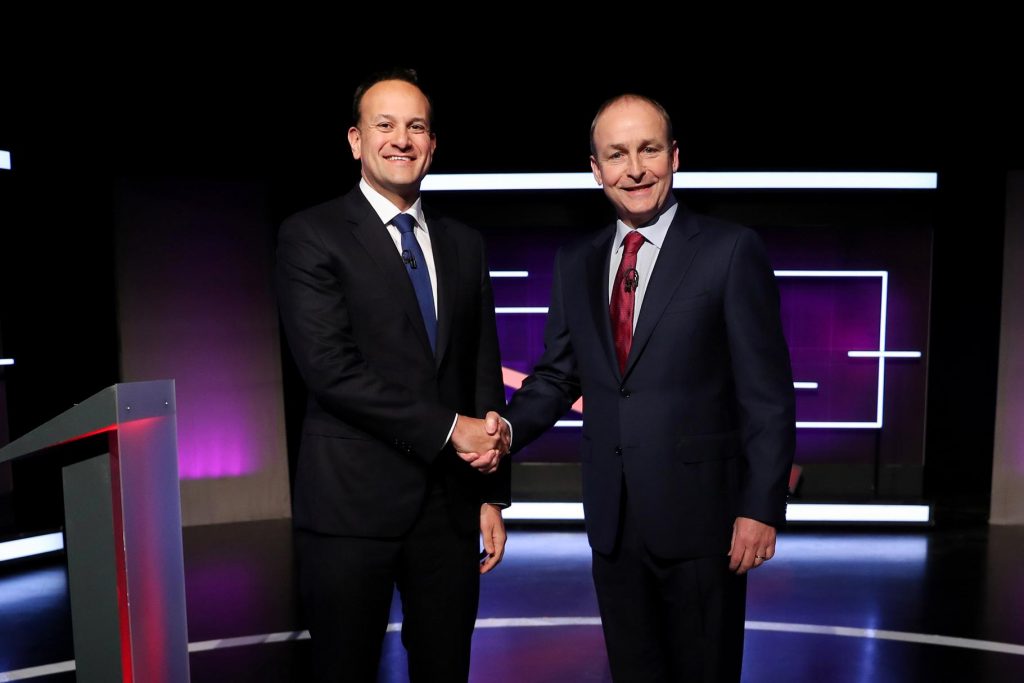 MANY of us learned a bit of Shakespeare’s play Henry V in school. The action takes place during the 15th century 100 Years’ war between England and France. One famous quote from the play is a speech by the English king at the battle for the town of Harfleur in Northern France where he urges his men to keep fighting to break through the fortifications and capture the town, “Once more unto the breach, dear friends, once more”. It is apt to resort to military allusion, as the attack on our small city, though not conducted with the machinery of war is waged relentlessly through political force. Never were the issues so plainly laid out and never was the uncaring inequity of government so starkly visible. Never was there more need for our own politicians to stand firm with their people against the forces of government antipathy, yet never was there a greater sense of detachment and distance between politicians and people.

Since Fine Gael led governments came to power in 2011 that regional certainty has been undermined. The depredations wreaked on regional functions in Waterford during 2011 to 2016 by powerful politicians were blatant. The closure of two VECS in Waterford was unequalled anywhere in the country and no other regional city is without a VEC HQ.

‘If they cannot deliver, we cannot vote for them. We will not go silently into the night.’

Matters worsened in 2011 when Fine Gael and its HSE apparatchiks responded to the urgings of Cork political power to purloin the budget of UHW. John Halligan as a political neophyte was blatantly manipulated by Fine Gael and trapped by a shabby Herity Report thus ensuring that the process of extending emergency cardiology services at UHW would be dragged out endlessly. Suddenly the status of our regional hospital was in jeopardy.

The long understood need for university designation In Waterford, agreed by Fine Gael in 2008 and an election promise in 2011, was parlayed into a mish mosh merger with Carlow IT in the hopes of satisfying aspirations in Kilkenny and Wexford for university status. There is not an adult in the Irish third level education space who believes that a TUSE spread like margarine across the South East will deliver what the region needs in terms of third level education. Political force determined to achieve such an end destroyed WIT’s budget (reduced by 25%), while ensuring that not a single square foot of new teaching space would be added to the institute in the 15 years before 2025. Failure to allow WIT buy the old Waterford Glass offices, which are now semi demolished and sickeningly ugly, is a manifestation of Cork influence. Nothing shall happen in Waterford that might impinge on Cork.

The North Quays project has planning permission but as sure as night is day, the struggle for state investment will be mercilessly extended. Simon Coveney, one of the ministers for Cork has already humiliated us with his boundary commission comment. “Only advisory”! The sense of being reduced to rural irrelevance was never greater.

The news that construction start on the proposed second cath lab at UHW has been pushed out to next year at least, and is now subject to a review of the HSE 2020 Capital Plan as to whether it goes ahead at all (as indicated in recent replies to Parliamentary Questions), underlines the willingness of FF and FG to engage in vicious political betrayal.

Fine Gael governments of the past decade have been the worst that Waterford has ever endured. The constituency elected no FG TD last time out and that situation will continue and worsen as time goes on.

It is beyond doubt, all other things being equal, that Sinn Fein will garner two seats in Waterford at next election. Some pundits believe that the economic situation, exacerbated by the pandemic, will undermine health and housing provision even further and lead to a political point of inflection like 1918, when everything will change and no FG or FF TD at all will be elected here or across the South East. People have examined the dynasties and found them wanting. People can see the party political TDs “married” to their party ethos and membership. Which of them is married to Waterford’s hopes and dreams?

Taoiseach Micheál Martin was questioned in the Dáil about the north quays, knowing that our council and council CEO are under massive pressure to get financial certainty for the project. Micheál Martin said, “Deputy Cullinane spoke to me before this session. It is a very important project that has great potential for Waterford. I will pursue the issue. Notwithstanding that I am Taoiseach, it is not in my gift to instruct every Minister to provide every grant to every project.” He should have added, ”Unless it is in Cork”?

Barry Cowen’s sacking means that Cork South Central and Dublin West constituencies each have three ministers. Political power is centralised in our two biggest cities. The Munster TU pushed through on the nod by a caretaker Minister for Education before a new government was established, coupled with the €28 million blue sky funding that dropped on Cork IT last Christmas, were not straws in the wind. The rush to restart the bloated National Children’s Hospital construction despite no one knowing how much it will cost indicates firmly where health and political priorities lie. It is salutary to think that the cost of one floor of that bloated enterprise would pay for Waterford’s North Quay infrastructure, university designation, 24/7 cardiology, extended airport, and more besides.

Taoiseach Varadkar came here to christen a new Irish Navy vessel last year. I spoke to him on the Cassin Wharf and he indicated he would be returning to open UHW’s Dunmore Wing. He never came. Are we being avoided by minister s and Taoisigh nowadays? Are our aspirations too well known and politicians too glib to even bother? The failing civil war parties and their local party members are hastening their own demise, in this area in any event. The Gilbert and Sullivan comic opera lines, “I always voted at my party’s call and never thought of thinking for myself at all” echo through our streets and are echoed by the reply that, “The pleasure that I treasure, that I treasure beyond measure, is to run on little errands for the Minister of State”!

How many young people pay any attention at all to Fianna Fáil and Fine Gael, parties which are rendering themselves obsolete? How relevant are these organisations, which have proven themselves unable thus far to fairly deal with a clearly known and understood Waterford agenda, anyway? The lure of the Green Party may be more palatable to the middle classes than the flintier attractions of Sinn Fein, but Eamon Ryan’s shameful overlooking of Marc O Cathasaigh for a co-opted Offaly farmer has dealt that agenda a severe blow.

Waterford city is like a landed salmon thrashing around in the bottom of a boat, gasping for economic life and regional relevance. Our council has burst itself and its finances bringing the North Quays to planning. Our people have marched in their hundreds and thousands for proper local cardiology services only to be lied to and cheated by political delay and unelected, unaccountable officialdom. A hundred year campaign for university designation has been kicked to touch at the behest of Cork and Dublin colleges anxious to preserve their hegemony over the people of this city and the South East region. The need for honest, local political leadership and government response was never more pressing for the old guard before a tsunami of political change at the next election deservedly buries Fine Gael, Fianna Fáil for good in this area. If they cannot deliver, we cannot vote for them. We will not go silently into the night.