Dessie loving life in the red and black 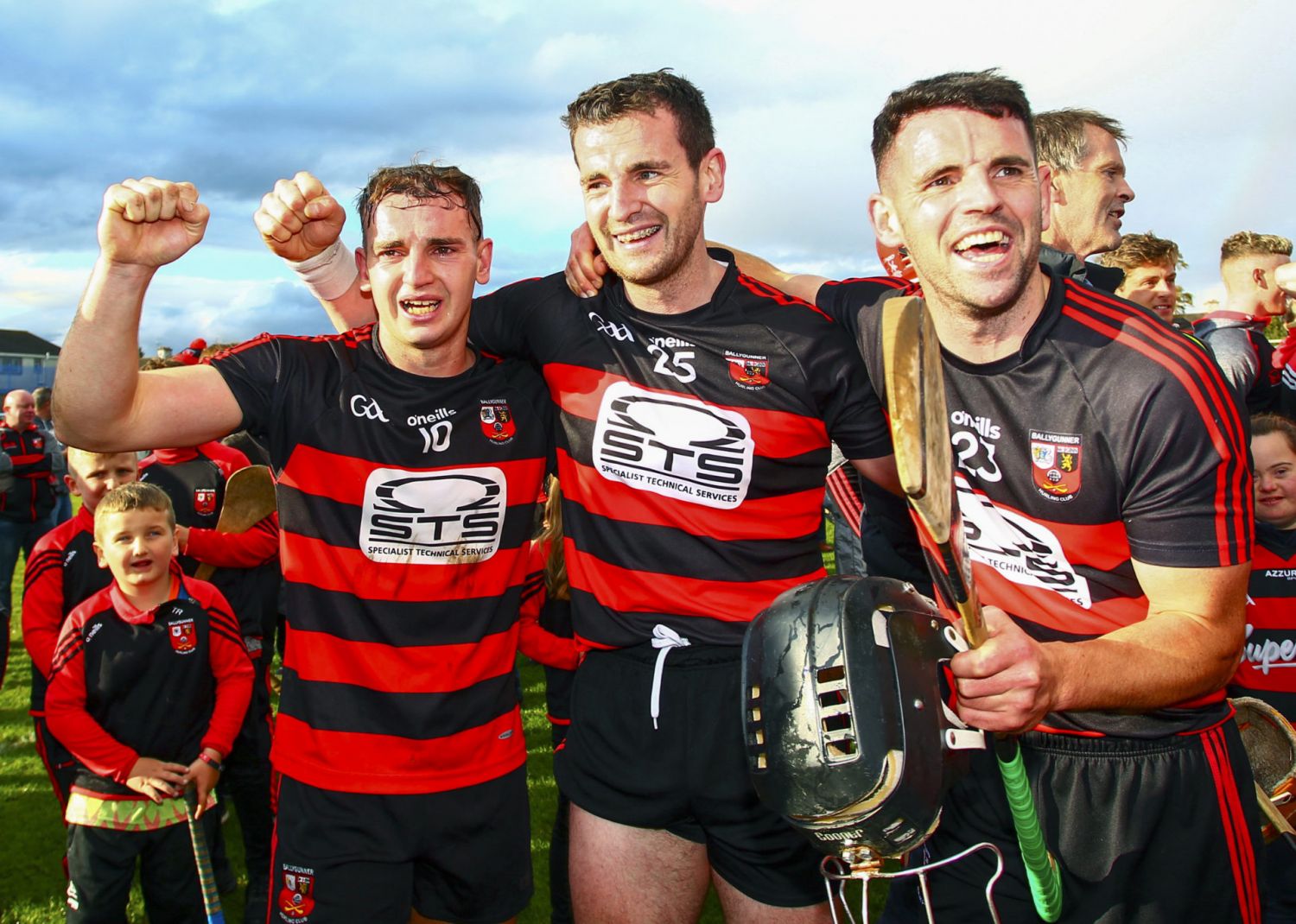 On Friday night Ballygunner will begin their search for seven News & Star Cups in a row when they take on Tallow in Fraher Field. One man that will be key to that search is the Waterford News & Star Player of the 2019 Co. SHC and 2019 Co. Final man of the match, Dessie Hutchinson.
His story is a wonderful one as he has come back from six years as a professional soccer player to earn a Co. SHC medal and a place in Liam Cahill’s Waterford panel. He recently spoke to the Backdoor Hurling Show and here’s what he had to say.

LIFE IN LOCKDOWN
“It was tough enough to be honest but sure it was the same for everyone and we just had to get through it especially when we didn’t know if there was going to be a championship or not. Thankfully I was working three days throughout the lockdown but definitely you’d miss meeting up with the lads at training in the evenings. We had different training programmes sent to us each week to keep a bit of variety in it and that was great but obviously it’s not the same.”

A ROAD LESS TRAVELLED
Most people know at this stage that Dessie has taken a slightly different path than most to inter-county hurling, having spent a chunk of time as a professional soccer player with Brighton & Hove Albion and then with Waterford FC before returning to hurling and football with Ballygunner, Gauliter and Waterford. So how does he now look back on his time in England as a professional athlete.
“I was with Brighton for five and it was an unbelievable experience. I loved it for most of the time to be fair. The last couple of years it got a bit stale and I didn’t know what I was going to be doing but apart from that it was very good and an experience I’ll never forget.”
What was the routine like? “You’d get up and go into training at half eight or nine o’clock, you’d get your breakfast, then you’d do a bit in the gym and then you’d start training at half ten or eleven. Some days you might have a gym session in the evening but most days you’d be finished training at twelve or half twelve, you’d be having your lunch at one o’clock and then you’re off home. It’s some difference to the GAA, where you’re probably leaving the house to go to work at seven or half seven in the morning and you’re not getting home till after 10pm after a day’s work and then training.”
How hard was it to get back into playing hurling after being out of it for six years or so?
“I found it a small bit difficult at the start for sure, especially when it came to playing games and the contact but in terms of my touch, I had a hurley with me all the time I was in England so that side of it wasn’t too bad.”

REGRETS?
Does Dessie have any regrets about how things went in England?
“Not really no. I suppose if you wanted to pick at things then you could but when it came to playing, I don’t think I did anything wrong and I think there’s a big bit of luck in it. There are so many players who go through each Academy that you need to be world class or really lucky to make it but no I’ve no regrets.”
Is there a hope we’d see Dessie back in a Blues jersey or any soccer jersey again?
“I don’t think so. Not at the moment that’s for sure. I’m completely focused on playing GAA, that’s what I love doing and I’ve probably been the happiest I’ve been over the last 12 to 18 months since I’ve been back playing GAA.”
Dessie made his inter-county debut with Benji Whelan’s footballers last year and how did he find that experience?
“It was great. It gave me my first insight into inter-county GAA and anybody that says that Waterford don’t put everything into football, it’s just not right because they train as hard as any county team in the country and it’s an unbelievable commitment from players that probably know that they’re not going to win silverware at the end of the year or get to where a lot of the bigger counties are going to get to. Maybe next year with the new Tier two championship it gives them a bit of hope of maybe getting to Croke Park, because they deserve anything they get.” 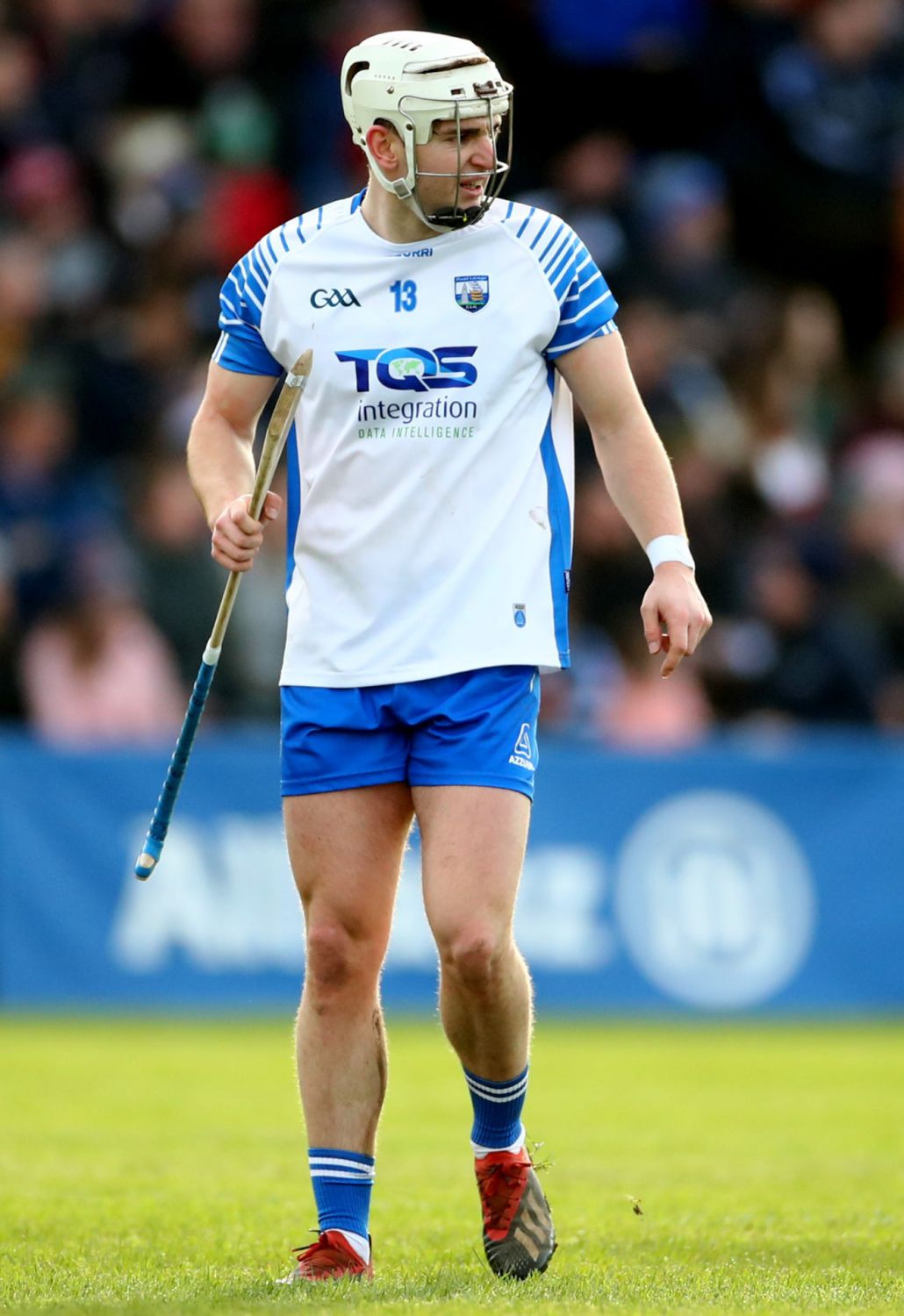 Dessie in action against Cork in this year’s Allianz National Hurling League Division 1A clash in Walsh Park in January.

A WATERFORD HURLER
So having made the switch over the winter to the senior hurling panel, how’s that been?
“It’s been brilliant. The whole panel has really got behind the new management team, everybody’s happy, nobody can complain about anything and it’s really going in the right direction. For me it’s been great because I didn’t expect it so soon after only been back playing hurling since last year but it’s been really good.”
It’s been a tough couple of years for the Waterford hurlers having not won a championship game since the 2017 All-Ireland semi-final, what has Dessie made of it looking in from the outside?
“I think the All-Ireland Final loss in 2017 probably took a few lads back a bit because they were so close. I think too that after being in an All-Ireland Final who don’t start back till the beginning of January so it was hard in 2018 and then maybe things got a bit stale and needed a change up, maybe lads lacked a bit of motivation, I’m not really too sure what it was. This year we haven’t talked about the last two years, it’s all been about this year and in the now and nobody is getting reminded of what the last two years have been like.”
Dessie is just one of a number of new young lads who burst onto the scene during the league, which can only be good. “Yeah for sure. We’re young, we’re quick and that’s something that the management have brought in and tried to encourage and they’ve given all us young lads a chance to express ourselves on the field and hurl without fear. We often speak about being the hardest working team on the pitch and if that doesn’t get you somewhere then nothing will. The management are very much for us not worrying about the opposition or people in the stand but just doing our business on the pitch and seeing where it takes us. But look we still have huge work to do and a lot of learning to do also.”

LIAM CAHILL AND CO.
So what does the new Waterford management team bring to the table?
“Each one of them brings something different. They’re all a bit mad, which is a good thing for us because it has brought us together how hard we were training before all this and if we’re cutting the heads off each other in training it’s actually bringing everyone closer together. Martin (Bennett) has been unbelievable with his speed training. Mikey (Beevans) is an unbelievable coach and his drills are just perfection and then Liam (Cahill) sets the standards, he’s a real winner and that’s all he cares about. Maybe players might have been comfortable in their positions but since Liam’s come in he’s freshened that up nobody’s safe in their position and you know if you’re not playing well, somebody else is there to take your place and that’s vital to be a successful team.”
Despite the highs of winning a first County senior hurling medal with his brothers and friends with Ballygunner, the year ultimately ended in disappointment with that Munster Final loss to Borris-Illeagh. How has that sunk in over the winter?
“We did have a very good campaign. We played really well in a lot of the games but that day in the final against Borris-Illeagh we just fell short and to be fair to them they deserved it. They worked harder than us and they got that little bit of luck maybe as well that every team needs to win a final like that. You can’t begrudge them but when you see them lining out in Croke Park in an All-Ireland Final you just realise how close we were and we were obviously looking for another shot off Ballyhale after the previous year and of course it was very disappointing but you can’t dwell on it too much. You have to get back up going again. We know we’re good enough to be there so we just have to go again.” 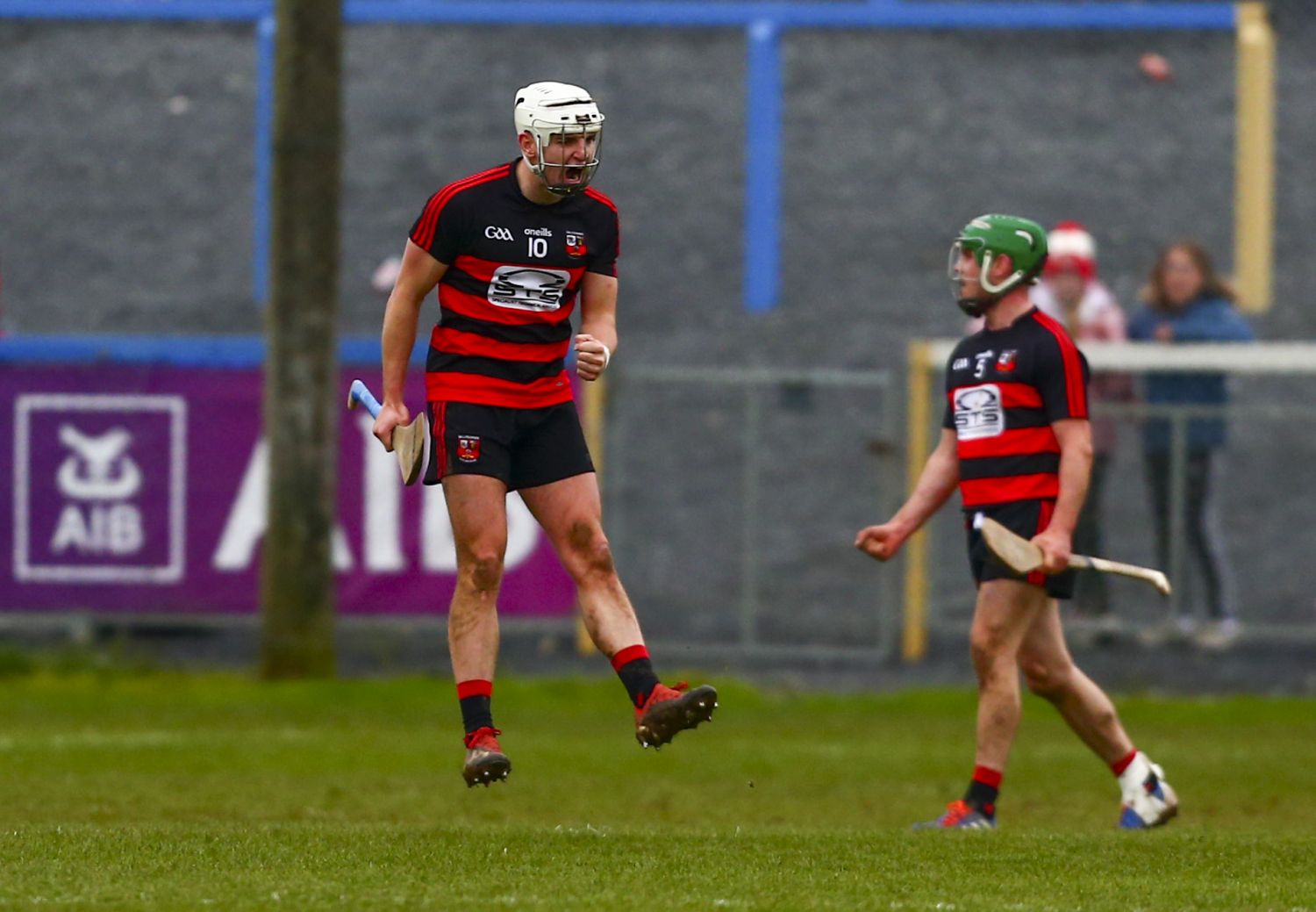 Dessie and his Ballygunner team-mates will begin their quest for seven Co. SHC titles in a row on Friday night against Tallow.

GOOD TIME GUNNERS
Six News & Star Cups in a row and a Munster title in 2018, it’s been a pretty good few years for Ballygunner.
“Hard work really. The commitment levels for a club team are phenomenal. We train and act like an inter-county team and we want to better than every other team in Waterford and every player wants to be better than every other player in Waterford and that’s down to our management team. But when you see the work that’s gone into the juvenile side of Ballygunner, it’s unreal. You see the young lads training and you wonder how they are doing the things they’re doing at that age, when I was that age no way was I able to do those things. But when you see Fergal Hartley training the under 11s it shows the desire of the senior people in the club to put it back into the club and then of course the juveniles see our success and then you have last year’s minor joining the senior panel and they’ve brought a real freshness to the panel and that keeps it going.”
Was it hard watching lads he grew up with winning county titles from afar before he returned last year?
“It was for sure and that’s something I always wanted to get back to. When I was playing soccer and things were going well, it was always something in the back of my mind that I wished I was there. Seeing my two brothers (Wayne and JJ) and all my best friends winning county titles made me wish I was there and it was hard but thankfully I got to share that feeling with them in 2019.”
The first steps to a possible seventh title in a row starts on Friday night. See page three for a full preview.

Best trainer?
Conor Prunty (a bit of a beast).

Worst trainer?
Stevie Bennett (he can be a bit lazy).