Pauline was the “best dressed woman in town” 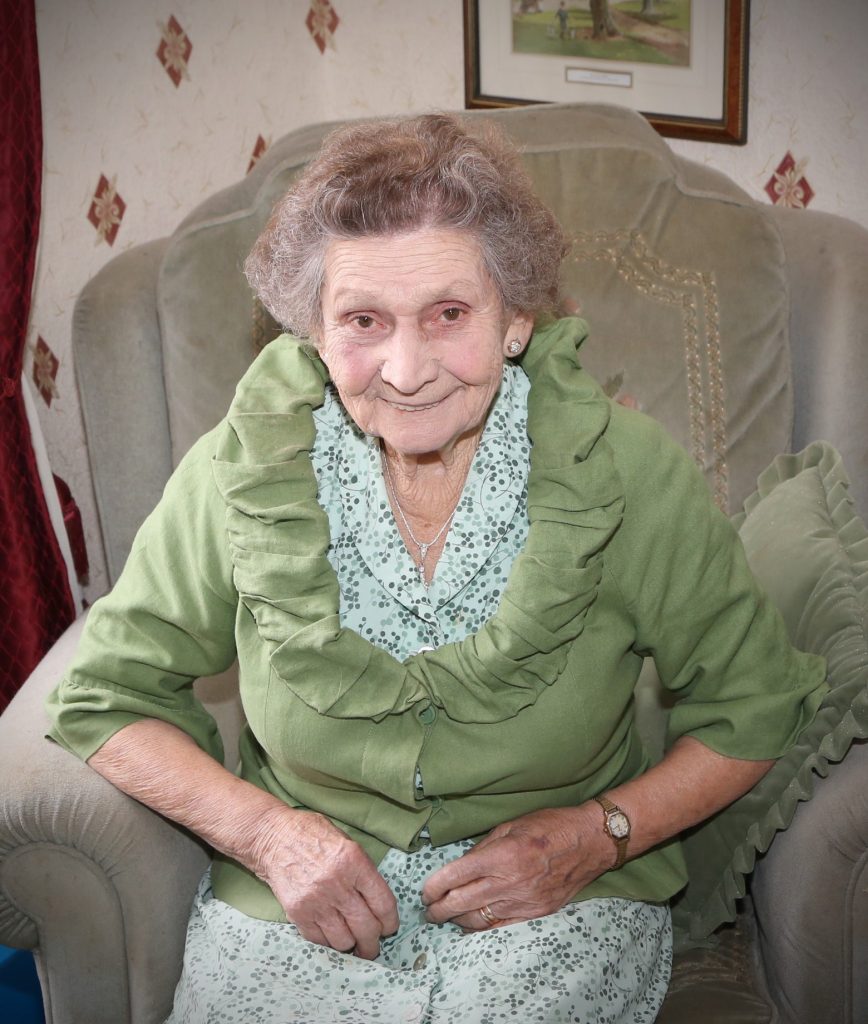 The amazing Pauline O’Neill who passed away this week aged 98. Photo: John Power

IT is with great sadness, but much respect and admiration, that we remember Pauline O’Neill (Nee Ryan) who passed away on July 20 aged 98.

Pauline, who was well known throughout Waterford for her amazing style and glamour, is predeceased by her husband Sean and will be sadly missed by her daughters Peggy and Ann, sons Pat, Hugh, Francis, Eoin and Anthony, her sister Statia (Coffey), grandchildren, great-grandchildren, nieces, nephews, family, neighbours and her many friends.

Pauline grew up in 29 Shortcourse, with eight brothers and sisters. Her mother died at just 36 leaving her father Thomas and grandmother to look after the large family. Speaking to the Waterford News & Star a few years ago, Pauline described those early years.

“My grandmother had already raised a family of her own so by the time she passed on, she had reared 22 of us. She was an amazing woman,” Pauline said.

Pauline used to get a penny a week (after 12pm mass on a Sunday) and it would take her up and down the town, with plenty to put into her pocket.

“We used to spend our money in the Moneyball shop – O’Neills!” she said with a warm smile. “After school (The Presentation), we’d walk down Paddy Brown’s Road, which back then was just a farm at one end and another farm at the other. We’d walk down and out the Cork Road…just to get the walk.”

Pauline’s first job was as an usherette in the famous Savoy Picturehouse.

“I loved it because I loved the pictures,” she said. “Ordinarily, if I wanted to see a film, I’d have to wash the jam jars and bring them down to the Jewman.” (The Jewman would pay a ha’penny for a jam jar and then sell them on to the jam factory. He’d also pay for stout bottles, which he’d sell to the publicans.)

“We didn’t have much…in fact you could probably say that we had nothing, but we sure made some very happy memories,” Pauline said. “My father was a great man and made sure we had as much as we needed.” 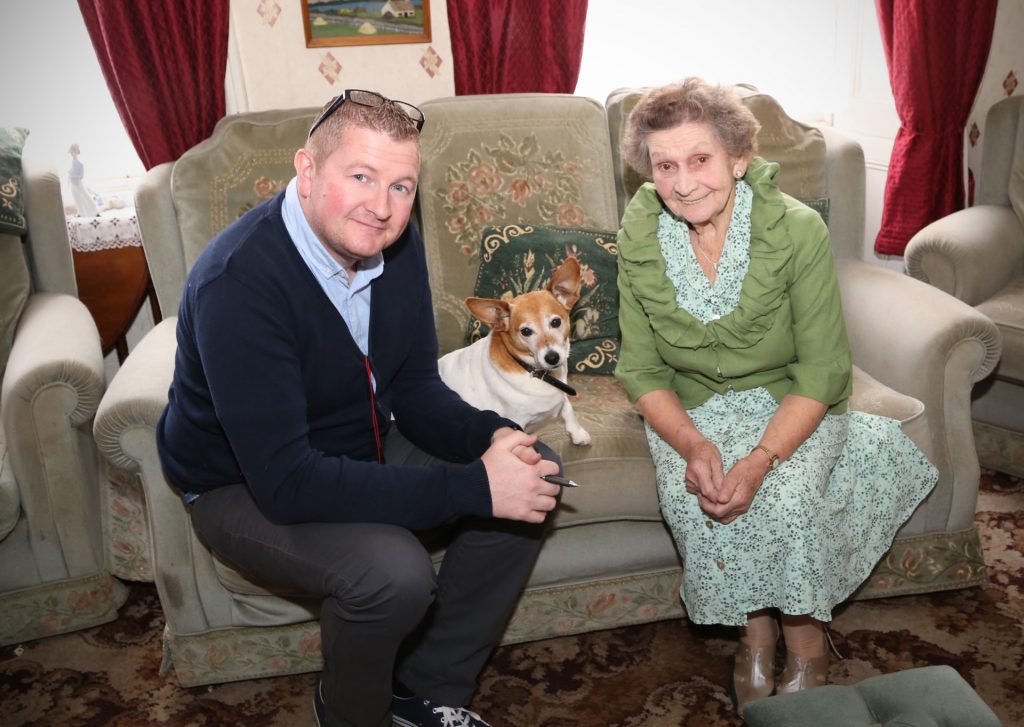 Darren Skelton spoke with Pauline (and her dog Lady) back in 2016. Photo: John Power

Speaking at her funeral mass in St. John’s this week, Pauline’s son Hugh said that she was a “Waterford woman through and through”.

“She used to say ‘I’m never so happy as when I cross the bridge back into Waterford,” Hugh said. “From her experiences growing up in Shortcourse, she took away the values that defined her adult life – frugality, integrity, speaking your mind and most of all, generosity.”

Pauline lived her life on the belief that we “all have to look out for one another” and one of her favourite sayings was “I don’t like my own company”, which meant that she could only find her true self in the company of others.

“My mother used to say that when she had trouble falling asleep, instead of counting sheep she would go through the names of her friends in her head,” Hugh said.

At the time of speaking to this Newspaper – when Pauline was 94, she was still working – donating her time to the charity shop “Second Time Around”. This was one of many places that Pauline became well known, not to mention her walks around the town and the park with her lovely dogs Sloopy, Toby and Lady. She lived in just two places in her life – Shortcourse and Johnstown. She was the First Lady of Johnstown – the centre of an incredibly close-knit community who mourn Pauline like a true First Lady.

“Pauline loved a bargain and knew her way around Guineys” Hugh said. “She applied this frugality only to herself though, to others she was the soul of generosity.”

Finally, Hugh said, “If Pauline is listening now she would say “why don’t you say anything about the way I dress?”

“Pauline had a strong sense of fashion, which gained her the reputation of being the best dressed woman in town – she loved to have her picture taken for the local newspapers,” Hugh said proudly. “In leading what seemed like an ordinary life, so well and so fully, for those that knew and loved her, Pauline was a Queen whose memory will never be forgotten.”